Don’t miss the eurozone revival! – Humble Student of the Markets

Remember my post, Opportunity from Brexit turmoil? I suggested on February 22, 2018 that we were seeing a setup for a long trade in UK equities. Brexit political chaos was reaching a crescendo, and there was a chance that we may see another referendum where the Remainers could prevail.

Since then, while there is no news of a second referendum, Business Insider reported that Theresa May may resign if she loses a vote on leaving the customs union after Brexit. The FTSE 100 (top panel) has steadied, and rallied through resistance and a downside gap from early February. In addition, UK equities have turned up relative to global equities (bottom panel) and begun to outperform. 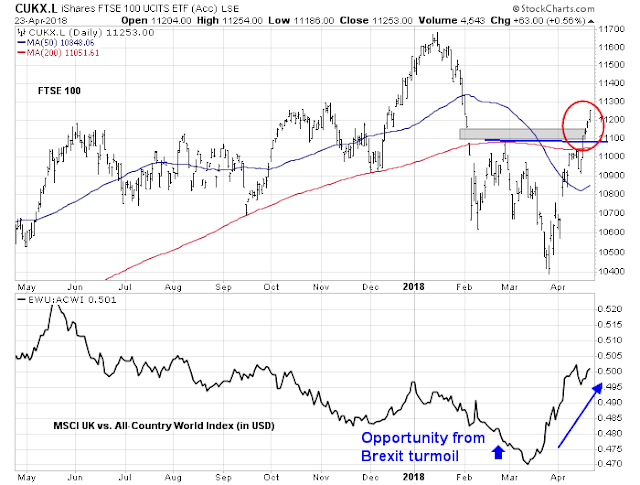 We may be seeing a similar buying opportunity in the eurozone.

Signs of a turnaround?

For several months, it appeared that the European economic revival was faltering, as evidenced by the falling Economic Surprise Index (ESI), indicating that macro releases were consistently missing market expectations. 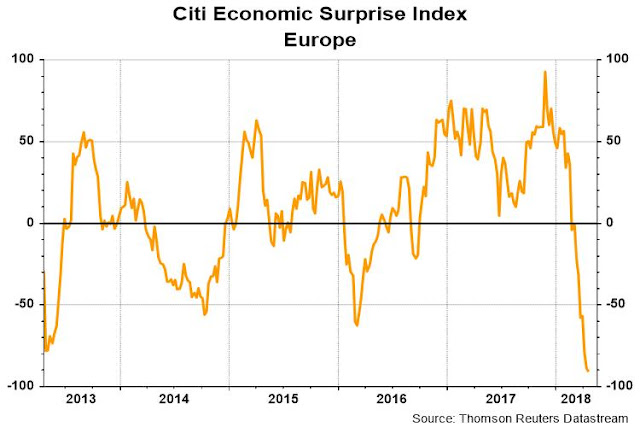 The ESI isn’t the stock market, and Citigroup found that buying the market when the ESI is extremely depressed level has been rewarding, with positive returns 14 out of 15 episodes. 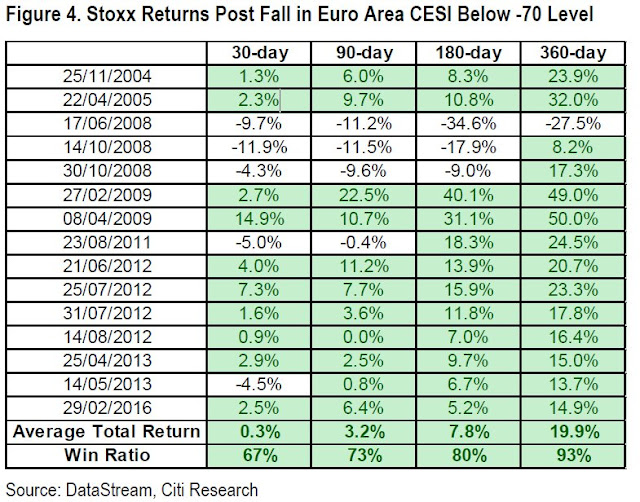 The market is setting for a contrarian buy signal. The latest BAML Fund Manager Survey shows global managers have been reducing their eurozone equity weight for several months, indicating flagging enthusiasm for the region. 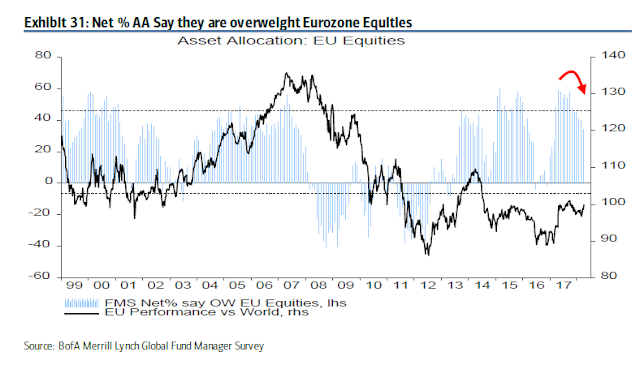 We now may have the bullish catalyst in sight. The ESI indicator is designed to be mean reverting, and today’s series of eurozone PMIs shows that the deterioration may be finding a bottom. Eurozone composite PMI was steady and beat market expectations. 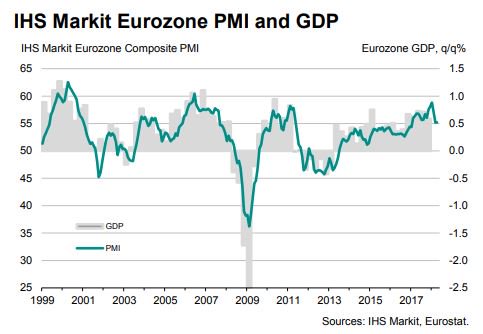 The technical conditions of the Euro STOXX 50 is also supportive of further gains. The index broke up through a key resistance level, and it is now testing overhead resistance at its 50 day moving average. In addition, the relative performance of the index against global equities (bottom panel) indicates that it staged an upside breakout through a relative downtrend, indicating high outperformance potential. 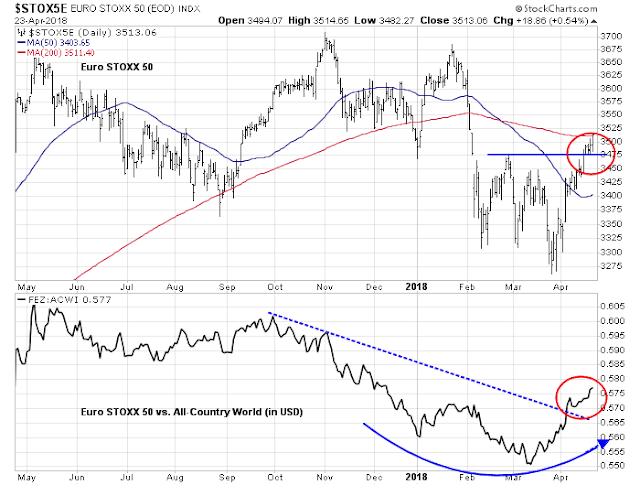 In short, we have all of the elements of a buy signal in eurozone equities. Low expectations from macro deterioration, elements of a turnaround, and a positive technical backdrop. Is it time to buy?