Higher for longer – Humble Student of the Markets

Mid-week market update: The Fed has spoken. As expected, it hike interest rates 75 bps. In its Summary of Economy Projections (SEP), it sharply lowered GDP growth for this year and it raised the Fed Funds projection to 4.4% for this year and 4.6% next year, which are both ahead of market expectations. In other words, higher for longer (though it did signal rate cuts in 2024).


Fed Funds futures reacted by extending the already elevated Funds Funds rates for next year, but it did show some skepticism of the Fed’s SEP by expecting rate cuts by September 2023. 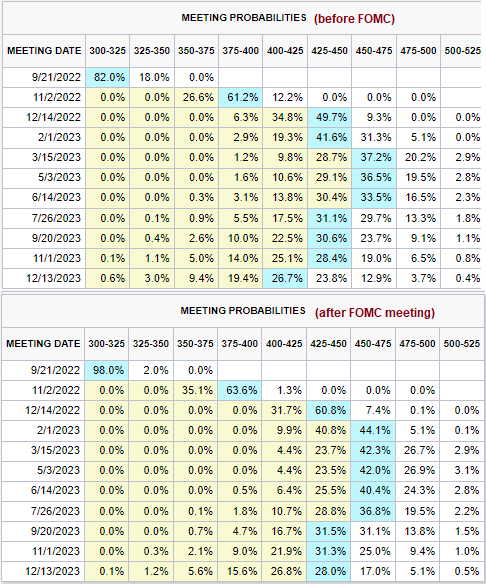 The 2022 S&P 500 FOMC pattern of weakening into an FOMC meeting and rallying afterward appears to be broken. However, the market may be oversold enough to bounce. the 5-day RSI was already oversold coming into the meeting, indicating limited downside potential. 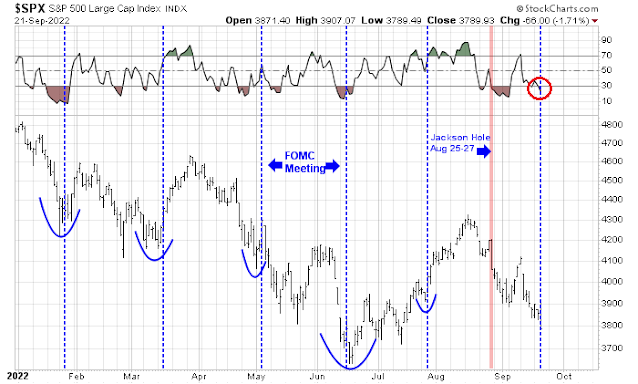 II sentiment shows more bears than bulls, which is conducive to market strength. 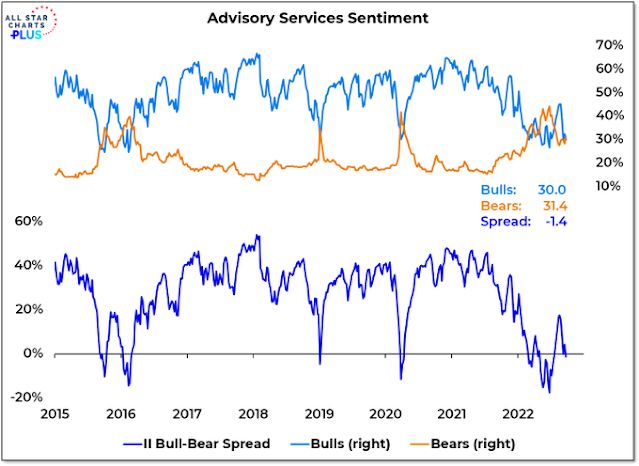 Two of the four components of my market bottoming model are already flashing a buy signal. The NYSE McClellan Oscillator was oversold coming into the meeting. Today’s estimated TRIN reading spike above 2 to 2.3, indicating panic selling and another buy signal. 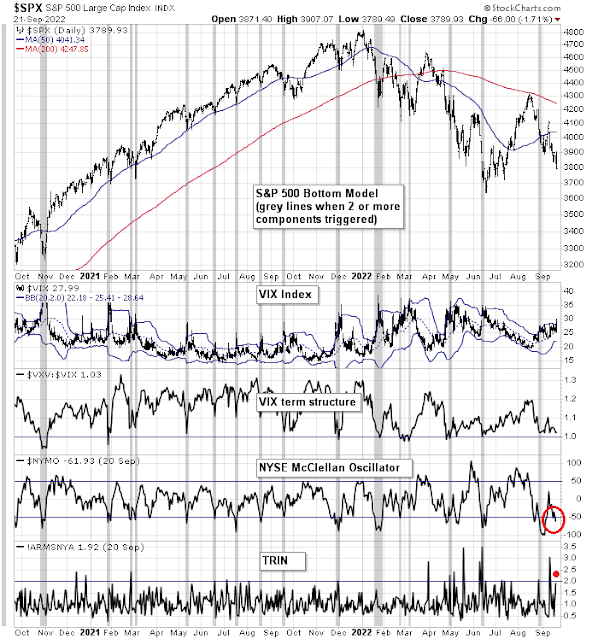 The other two components are also very close to buy signals. The VIX Index briefly spiked above its upper Bollinger Band today and the term structure of the VIX also briefly inverted. In the past, two out of four components flashing buy signals have been indicators of positive risk/reward for long positions.
Subscribers received an alert yesterday that my trading account had tactically bought S&P 500 exposure. My inner trader is maintaining the long position in light of these buy signals in anticipation of a turnaround in the next two days.

The other development to be aware of is the news of Russia’s partial mobilization. Putin appeared on Russian television and announced a partial mobilization of 300,000 reservists. While the measure was short of a full draft, it was also designed to keep soldiers with contracts that expire in the Russian Army. Moreover, he announced annexation referendums in the Russian occupied parts of Donetsk, Luhansk, Kherson, and Zaporizhzhia regions of Ukraine, which would make attacks in these regions an attack on Russia. It was a way of rattling the nuclear saber.
Take a deep breath. The risk of nuclear war remains low. The Ukrainians had already attacked parts of Crimea, which was considered Russian soil, and crossed Putin’s red line with no reaction. The market agrees. The relative performance of MSCI Poland edged down on the news and it remains in relative downtrends against the Euro STOXX 50 and ACWI. However, there is no sign of panic. 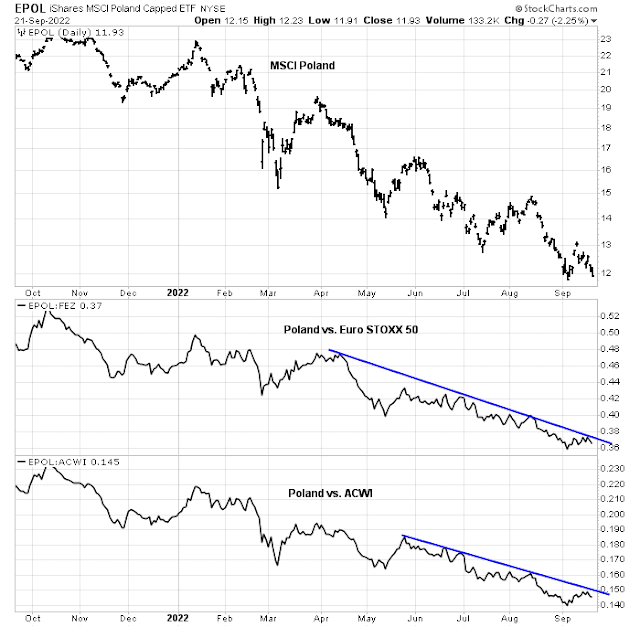 I interpret these developments as signs of Russian recognition that it needs to bolster the ranks of the Army for a fight over the winter. While the nuclear threat is always present, the risk of crossing that threshold is still low.
Disclosure: Long SPXL

19 thoughts on “Higher for longer”