Cutting through the noise: Why today’s Fed decision doesn’t matter – Humble Student of the Markets

Mid-week market update: It’s always difficult to make a stock market comment on FOMC announcement day. Equity prices can exhibit strong reversals after the announcement and press conference. As well, it’s also not unusual for the move to reverse itself the next day.

It’s not clear whether the 2023 FOMC pattern of weakness into the meeting and a rally afterward will appear again, mainly because the market had been rallying into the July meeting, which is a different pattern than all of the other meetings this year. 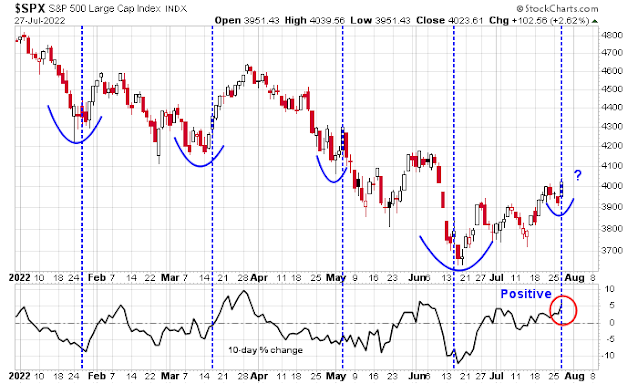 I am very conflicted about the short-term direction of stock prices.

You can tell a lot about the character of a market by the way it reacts to the news. Let’s begin with the reaction to Q2 earnings season. As of last night, 116 of the companies in the S&P 500 have reported. The EPS beat rate was 74% (5-year average of 79%) and the sales beat rate was 65% (5-year average 69%).
While results have been below average, last night’s market reaction was unusual. Both MSFT and GOOG, which are two heavyweights that comprise an aggregate of 9.6% of S&P 500 index weight, missed on both the top and bottom line. Instead of skidding in the after hours, both stocks rallied. Market strength in the face of bad news should be bullish.
On the other hand, the usually reliable S&P 500 Intermediate Breadth Oscillator (ITBM) is overbought on its 14-day RSI. Market weakness that pushes RSI into neutral is a sell signal, which has been correct about two-thirds of the time. 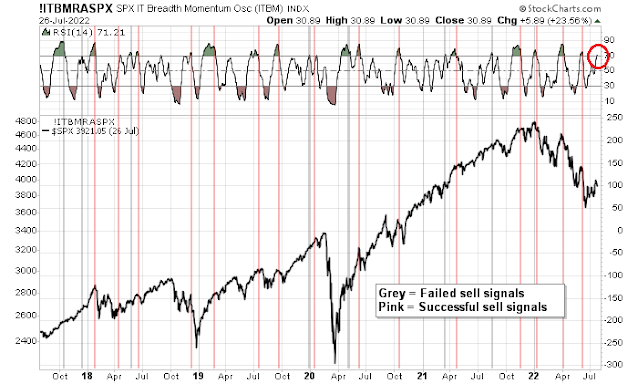 You see why I am conflicted. There’s a better way to cut through the noise.

It’s FOMC day and all eyes are on inflation and Fed policy. Inflation isn’t just a US problem, it’s global and global central bankers are tightening monetary policy in response. 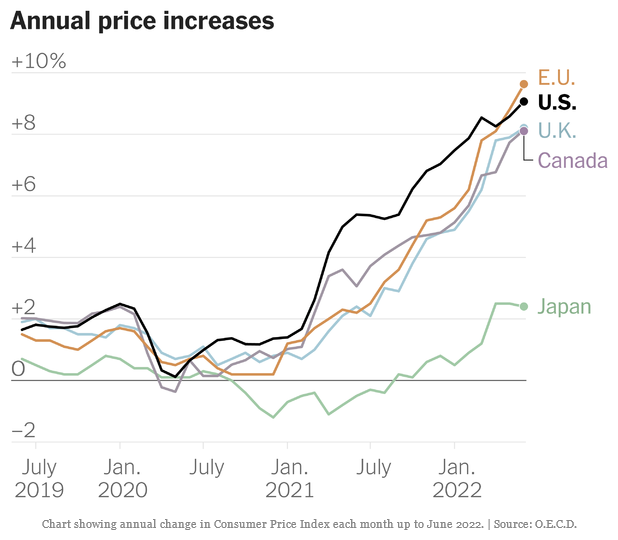 The good news is inflation pressures appear to be peaking. Inflation surprise is flat to down in most major countries except for Canada. 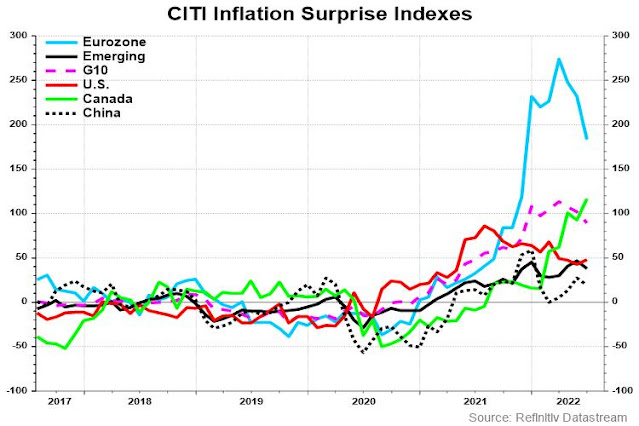 The narrative is turning from the fear of rising rates to recession. /Tomorrow’s GDP print is expected to be negative, and the cacophony of calls for a recession has already begun based on two consecutive quarters of negative GDP growth. Recession has become such a consensus call that Jim Cramer did a CNBC show on the three flavors of recession.
Indeed, the commodity markets are signaling a downturn. Historically, the cyclically sensitive copper/gold ratio has been strongly correlated to the 10-year Treasury yield. The copper/gold ratio is falling, which should put downward pressure on yields. 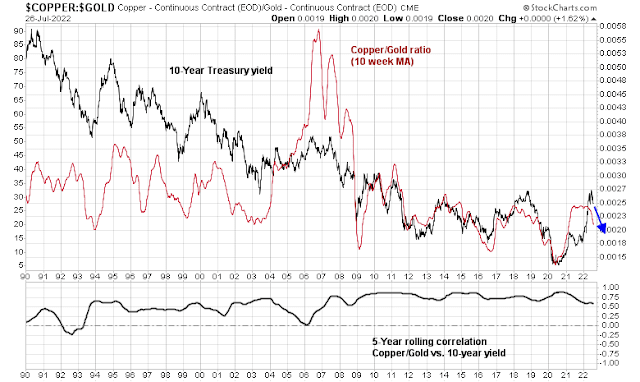 Tactically, the 10-year Treasury yield is tracing out a possible head and shoulders top, with the chartist’s caveat that H&S patterns are incomplete until the neckline breaks.

Instead of trying to guess the direction of the stock market, a better way of cutting through the noise is a commitment to the Treasury market. The longer the maturity, the better.
Disclosure: Long ZROZ

27 thoughts on “Cutting through the noise: Why today’s Fed decision doesn’t matter”