Pigs get slaughtered… – Humble Student of the Markets

Mid-week market update: Traders have an adage, “Bulls make money. Bears make money. Pigs just get slaughtered.” It’s time for equity bulls to be near-term cautious on stocks, though I expect any market weakness to be relatively shallow.

In my weekend update, I had set out a number of tripwires (see Time is running out for the bulls). So far, the S&P 500 is struggling to overcome resistance even as it exhibits a negative RSI divergence. 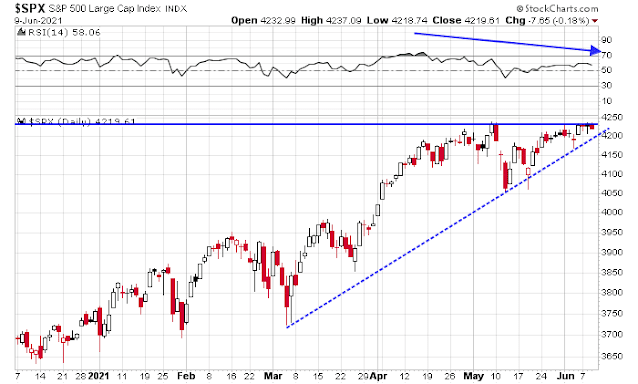 On the other hand, the 10-year Treasury yield has decisively breached support.

While this development is likely to be tactically supportive of growth stocks and NASDAQ relative performance, the near-term risk for US equities is rising.

While the AAII bull-bear spread has not been very effective as a sell signal, the level of bearishness (bottom panel) has been more useful and timely. In particular, the market has encountered headwinds whenever AAII bears reached the 20% (last reading: 19.76%). 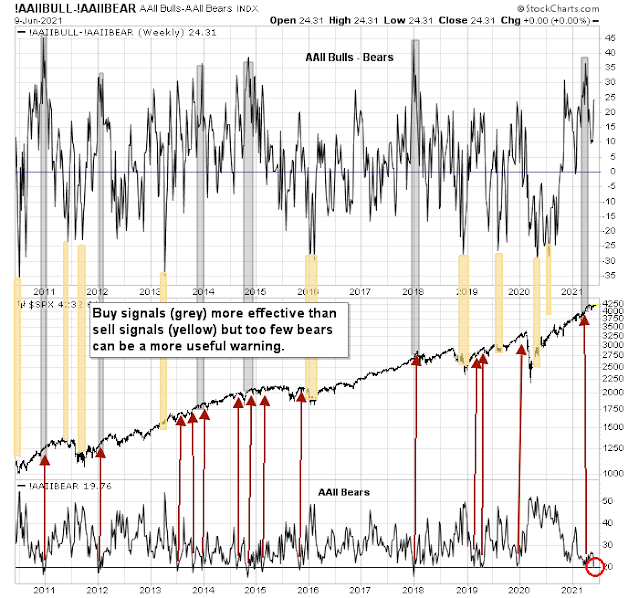 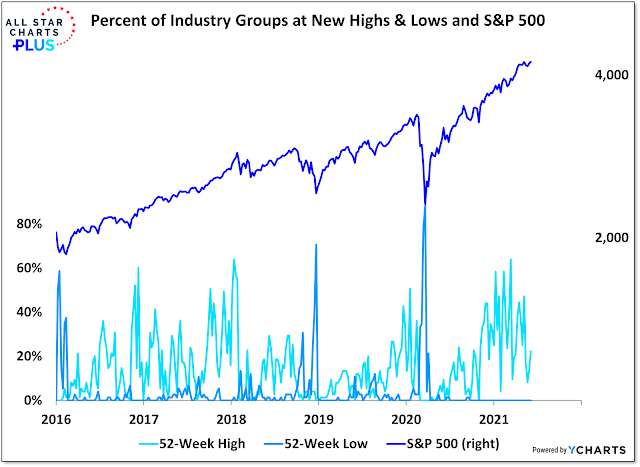 From a chartist’s perspective, the market bull looks tired and needs a rest. From a fundamental and macro perspective, bullish momentum may be waning as earnings estimate revisions start to decelerate as Morgan Stanley strategist Michael Wilson recently warned:

We remain concerned that after the most positive earnings revisions quarter on record, next year’s consensus forecasts are now above what our analysis suggests is achievable for the first time since the recovery began. More specifically, we think margin assumptions are too high given the headwinds from inflation and taxes that have not been baked into estimates.

Jurrien Timmer at Fidelity also observed that the rate of earnings estimate revisions is peaking and rolling over. 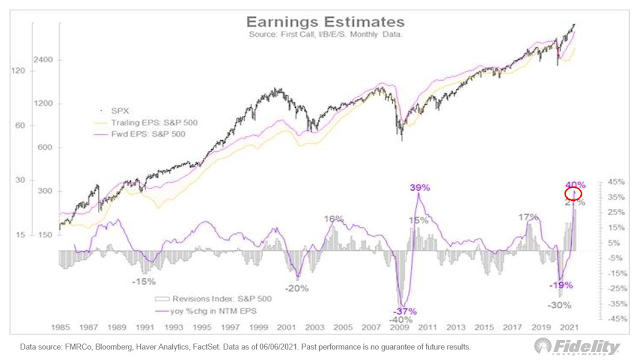 One indicator that economists like to look at is the so-called Beveridge Curve, which plots the unemployment rate against the rate of job openings. Historically there’s been a somewhat stable relationship between the two. Job openings go up and the unemployment rate goes down, as you would expect. But as with everything else weird about this recovery, that’s breaking down.

As you can see here on the chart from the BLS, job openings are soaring (see the highlighted part) while the unemployment rate holds steady.

In a note to clients this morning, Tim Duy of SGH Macro Advisors notes that this new weird shape of the curve holds true even if you look at alternative measures of non-employment besides the standard U-3 measure: “it appears that labor market frictions not related to unemployment insurance appear to have been increasing. That’s not exactly great news if you are expecting the end of enhanced UI benefits will dramatically ease labor market frictions.”
Obviously there are a lot of people who assume that the labor market will go “back to normal” once the UI expansions expire, childcare becomes easier, the pandemic starts to fade and so on. But at the moment, things are still looking pretty unusual. 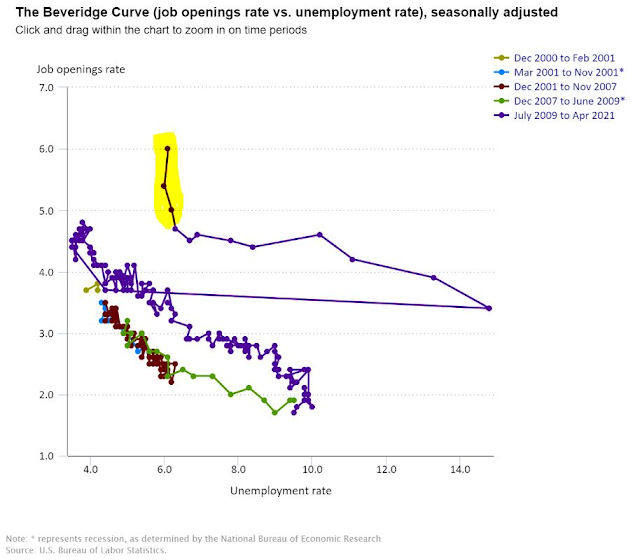 In short, Duy believes that labor market shortages are here to stay and wage pressures will continue. Putting it all together, net margins will come under increasing pressure from rising labor costs, inflationary pressures, and rising tax rates. The stock market is likely to get spooked by these factors.
Be cautious. Don’t be a greedy pig.

1 thought on “Pigs get slaughtered…”