NFIB update: Revenge of the Proletariat? – Humble Student of the Markets

The monthly NFIB update is always useful as a window on the economy. Small businesses tend to have little bargaining power and they are therefore sensitive barometers of economic trends. A month ago, NFIB small business optimism surged (see NFIB conservatives grudgingly turn bullish). The latest report saw optimism stall as readings edged back from 99.8 to 99.6. 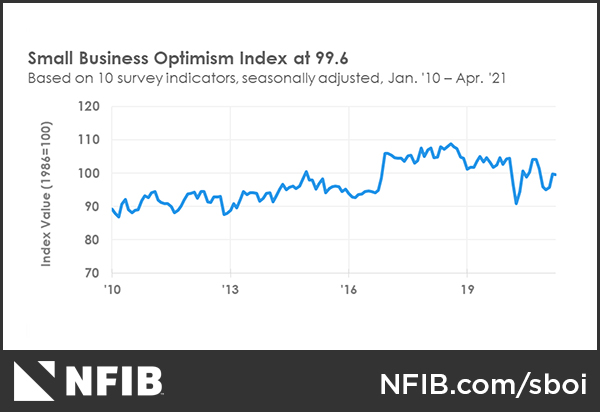 The biggest complaint was the availability of labor. While the JOLTS report comes to a similar conclusion, it is a survey of April conditions while the NFIB survey period is May. Its headline “Nearly Half of Small Businesses Unable to Fill Job Openings” tells the story.

Still, the decline in optimism has to be taken with a grain of salt. Of the 10 components that make up the Small Business Optimism Index, six were positive, one was neutral, and three were negative. The single category that dragged down the reading was “expect economy to improve”. 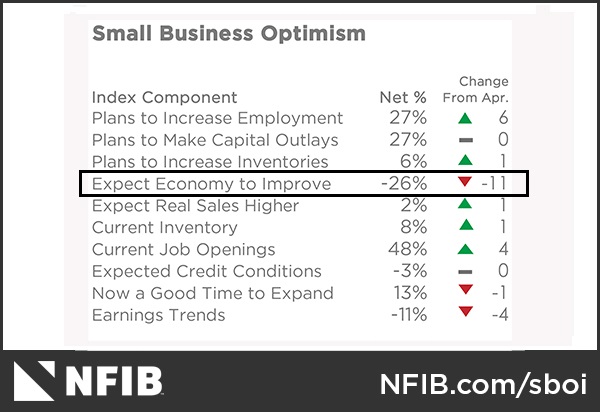 Seriously? The economy is red hot and just recovering from the sudden stop of a pandemic-induced recession. Sales and sales expectations are rising strongly, and a net -26% of respondents expect the economy to improve? I interpret that as the small business small-c conservative political bias against a Democratic-led White House and Congress. 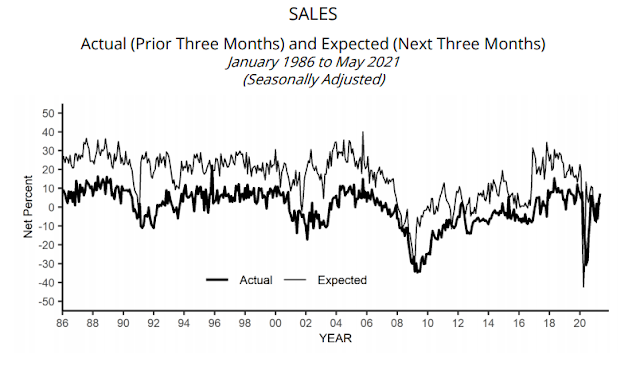 Nevertheless, the reports of labor market shortages are worthy of consideration. The NFIB reported:

For investors, the questions to consider is how transitory are these labor problems and how will the Fed react?

The Atlanta Fed’s Wage Growth Tracker sheds some light on this problem. Wage growth among low-skilled workers plummeted upon the onset of the recession, though high-skilled wage increases remained steady. As the economy reopened, low-skilled wage growth snapped back. 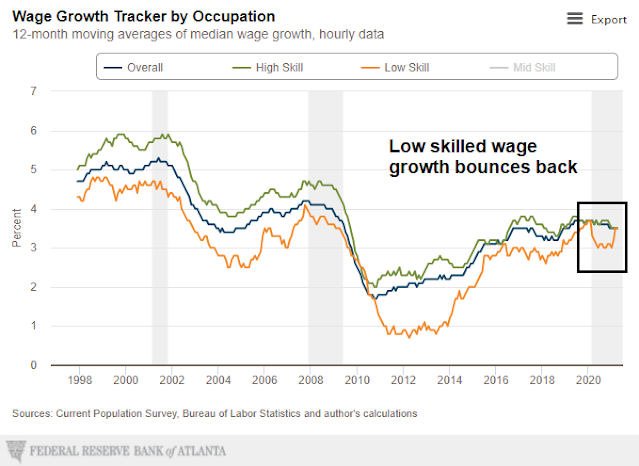 Is this a case of the revenge of the Proletariat? Labor market shortages are attributable to a combination of the lack of suitable child care for female workers, fear of the pandemic, and government wage supplement support. Disentangling and quantifying the effects of each of these components is a challenge for policymakers. We will know for sure the effects of government support once those subsidies run out in September.

For investors, they can look forward to an economy that’s reopening. The Transcript, which monitors company earnings calls, summarized the latest set of calls as a booming economy.

Summer has started and the US economy is booming. Economic activity is surging past 2019 levels. The numbers are staggering. GDP growth is expected to hit 7% this year led by consumer spending. Bank of America said that its consumer accounts are registering 20% more spend than 2019. There’s still plenty more liquidity too. This all seems incongruent with 10-year treasury yields that are 40 bps below where they were before the pandemic.

The reopening trade can be seen in the relative performance of Leisure and Entertainment stocks against the S&P 500.

The FOMC is meeting next week. While there will likely some discussion of tapering its QE programs, those actions have largely been discounted by the market. Expect further language about the transitory nature of price pressures.

5 thoughts on “NFIB update: Revenge of the Proletariat?”