Tactically cautious, despite the data glitch – Humble Student of the Markets

In yesterday’s post, I pointed out that, according to FactSet, consensus S&P 500 EPS estimates had dropped about -0.50 across the board over the last three weeks (see 2020 is over, what’s the next pain trade?). 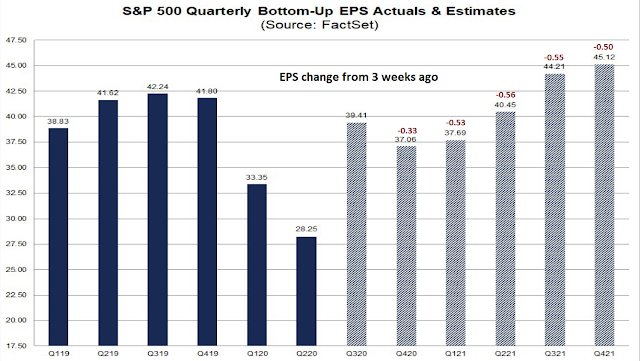 The decline turned out to be a data anomaly. A closer examination of the evolution of consensus estimates revealed a sudden drop in EPS estimates three weeks ago. Discontinuous changes like that are highly unusual, and it was traced to the inclusion of heavyweight Tesla in the S&P 500. In this case, analyzing the evolution of consensus earnings before and after the Tesla inclusion was not an apples-to-apples comparison. My previous bearish conclusion should therefore be discounted. 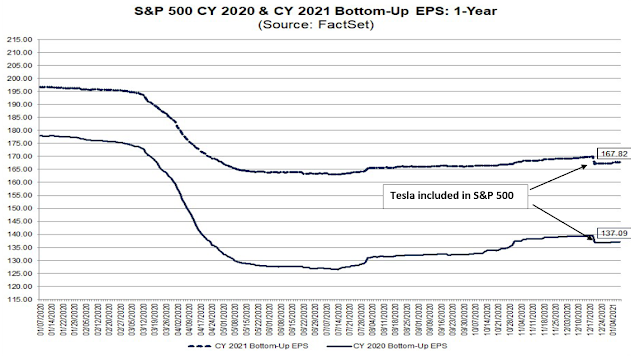 Nevertheless, I am becoming tactically cautious about the stock market despite resolving this data anomaly.

The first and least important reason is seasonality. Seasonality is a factor I pay attention to, but technical and fundamental factors tend to dominate price action more. We are entering a period of negative seasonality for the markets, and the January-March period tends to be choppy with a flat to down bias. 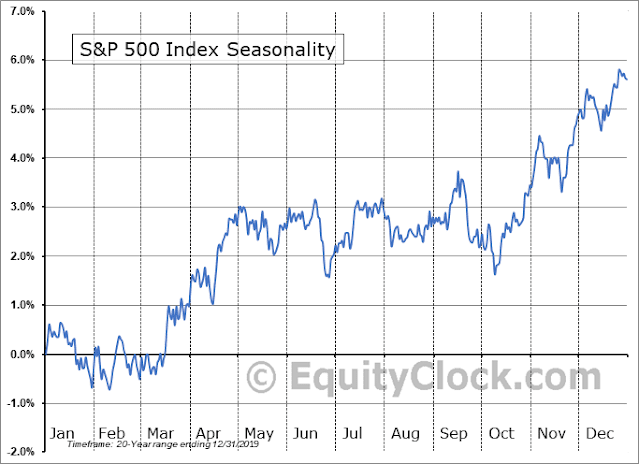 Sentiment models are still extended, though readings have come off the boil. The Citigroup Panic-Euphoria Model remains in euphoric territory and at historic highs. 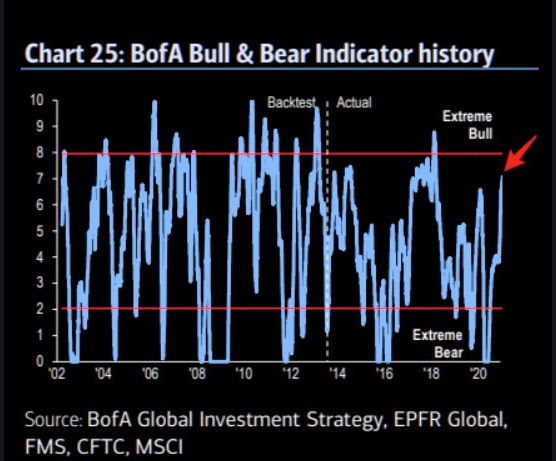 I previously observed that the Fear & Greed Index displays a double peak pattern before the market actually tops out (see Time for another year-end FOMO stampede?). This was one of my bearish tripwires that haven’t triggered yet, though it may well be on its way to a sell signal. 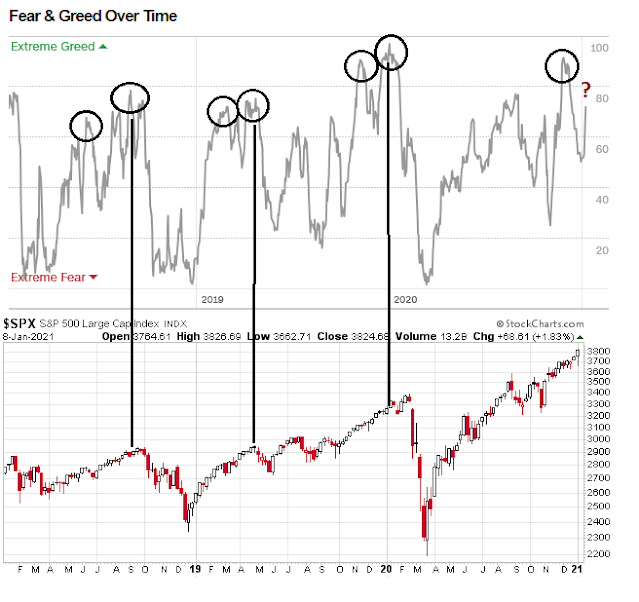 However, a number of my other bearish tripwires have triggered warnings. The low quality (junk) factor has spiked. In the past, low-quality factor surges have foreshadowed short-term tops in past strong market advances. 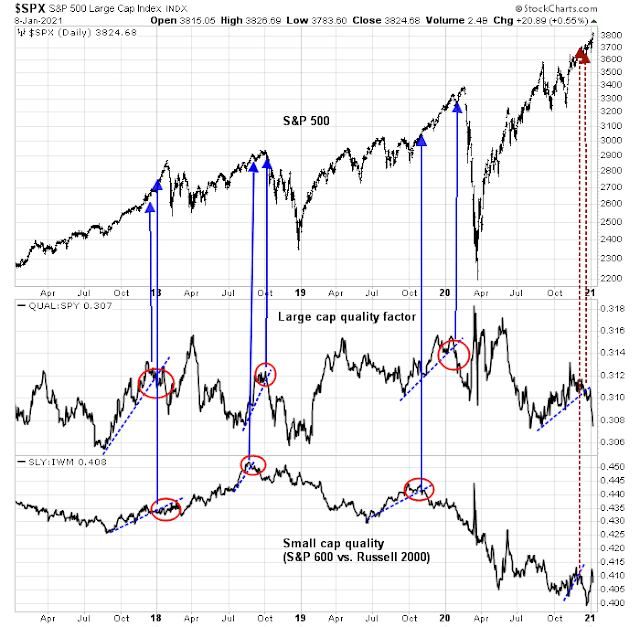 As well, the NYSE McClellan Summation Index (NYSI) reached 1000. which indicates a strong advance, and rolled over. There have been 16 similar episodes in the last 20 years, and the market has declined in 11 of the 16 instances. 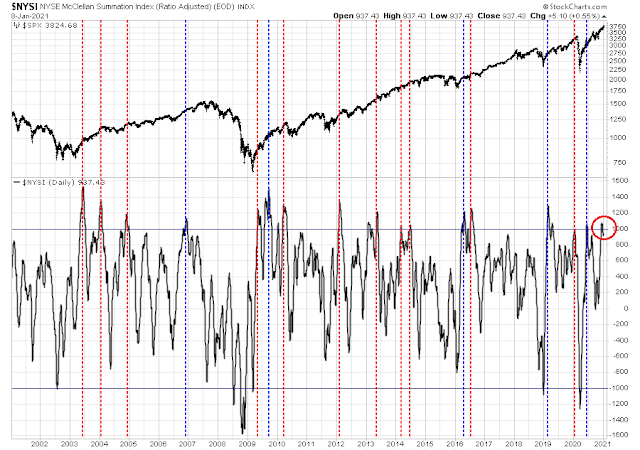 Quantitative hedge funds are busy liquidating loss-making long Treasuries positions and could begin to establish new short ones if the 10-year yield breaches 1.10%, according to market participants.

Momentum funds known as Commodity Trading Advisors likely drove the initial move upward in yields on Wednesday, based on activity in futures markets, Citigroup Inc.’s Edward Acton wrote in a note to clients. The funds have been cutting losses since 10-year yields reached around 1.02%, said Nomura Holdings Inc.’s Masanari Takada.

CTA funds “appear likely to keep closing out long positions with yields at 1.02% or higher,” Takada wrote in a note Thursday. “We cannot rule out the possibility that CTAs could turn short,” at yields of 1.10% or higher, he said.

Vulnerable to a correction

To be sure, price momentum is still holding the upper hand, but the stock market is increasingly vulnerable to a correction. Steve Deppe ran a historical study of last week’s market action and looked for instances when the market fell sharply (last Monday) and ripped to an all-time high. With the caveat that the sample size is relatively small (n=9), the market was choppy to slightly positive in the first week but suffered negative returns 10 and 20 trading days out.

For now, price momentum is holding the upper hand, but the combination of technical and sentiment conditions call for tactical prudence. Earnings season begins this week. Expect daily volatility to rise as individual reports are issued.
My inner trader has stepped to the sidelines and he is waiting for a downside break before taking a short position.

17 thoughts on “Tactically cautious, despite the data glitch”