One last push, or a downside break? – Humble Student of the Markets

Mid-week market update: I have been warning about the extended nature of this stock market for several weeks. The latest II sentiment update shows more of the same. Bullish sentiment has come off the boil, but readings are reminiscent of the conditions seen during the melt-up top that ended in early 2018. 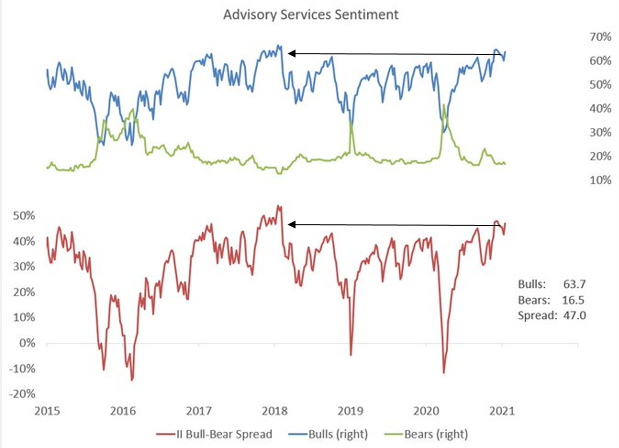 The market can correct at any time, but I also have to allow for the possibility of one last bullish push to fresh highs. Here is what I am watching.

I have written about how low quality stocks have begun to dominate the market. Here is another data point that details the level of speculative activity – the low price factor. On a YTD basis, low priced stocks have outperformed on a monotonic basis. 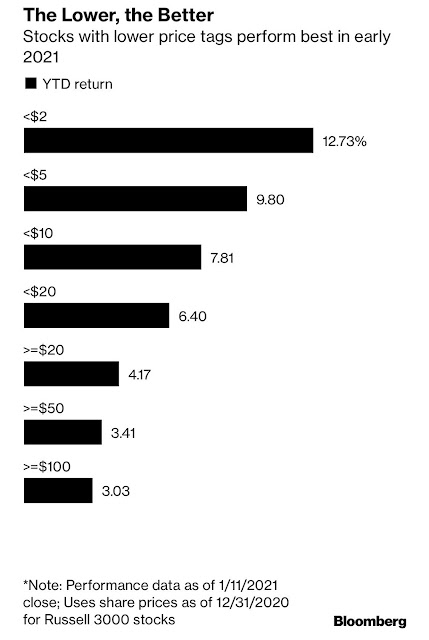 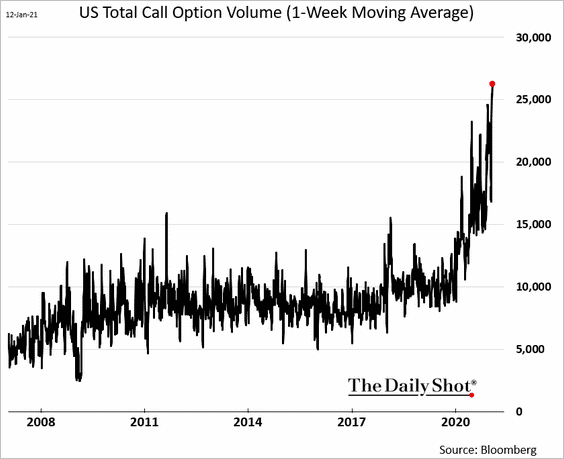 Consequently, dealer gamma exposure is also sky high, as dealers need to hedge the unprecedented levels of call option activity. Historically, such high levels of gamma have resolved themselves with corrective activity. 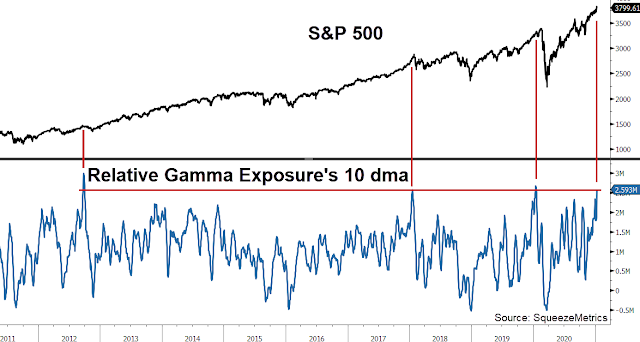 Another risk is the low short interest by historically standards. These levels will not provide the buying demand to put a floor on stock prices if the market corrects. 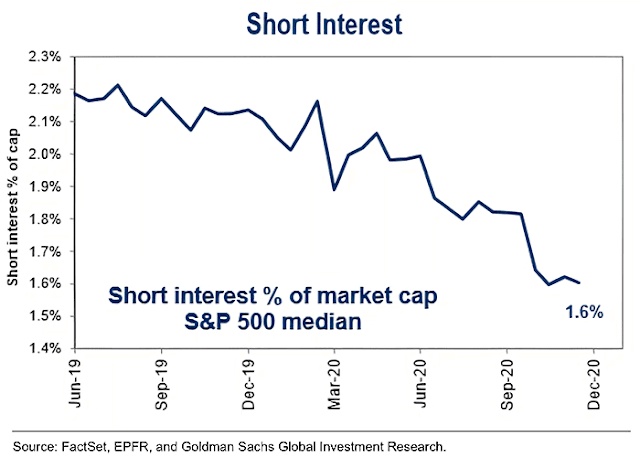 Waiting for the trading signal

Before turning overly bearish, here is what my inner trader is watching. The S&P 500 recently went on an upper Bollinger Band (BB) ride. Such upper BB rides have either resolved with sideways consolidation and a renewed rally, as the market did in August, or a correction. So far, the market has traded sideways for several days, and he is now waiting for either an upside or downside break out of the trading range (shaded box). Should it break upwards, watch for signs of either confirmation of strength or a negative divergence from the 5-day RSI. 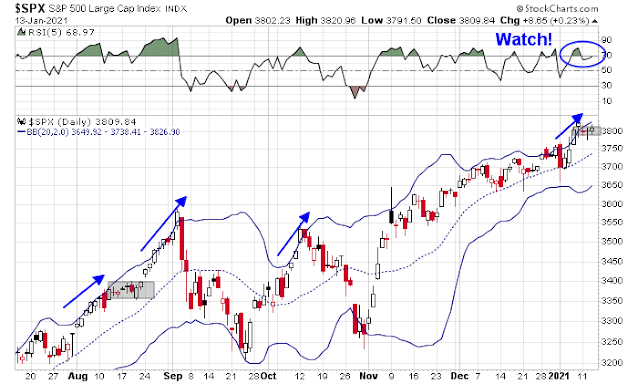 As well, keep an eye on the USD Index. The USD is important as a risk appetite indictor. A falling USD is helpful to fragile EM economies. As well, a rising USD can be a risk-off indicator because investors stampede into the greenback during period of fear.
The USD bottomed in late December and early January while exhibiting a positive RSI divergence. A countertrend rally appears to be underway as the index broke up through a minor downtrend (dotted line), but the major downtrend (solid line) remains intact. Watch for resistance at 91, and further major resistance at 92. (I show UUP, the USD ETF, because the USD Index data update is delayed on StockCharts). 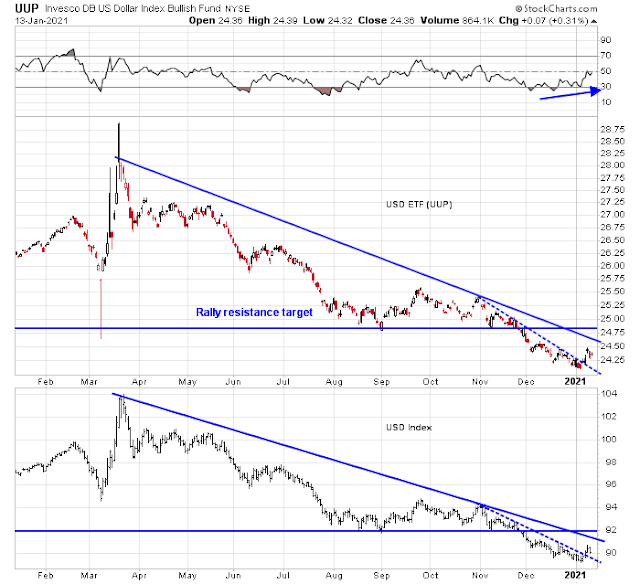 My inner investor remains overweighted in equities, but he has reduced risk by tactically selling covered call options against selected long positions. My inner trader is on the sidelines, and he is waiting for a bearish signal to make a commitment to the short side.

38 thoughts on “One last push, or a downside break?”