What’s the real test? The 200 dma or you? – Humble Student of the Markets

As the SPX sold off today and tested the 200 day moving average (dma) while exhibiting positive RSI divergences, a Zen-like thought occurred to me. Is the market testing the 200 dma, or is it testing you? 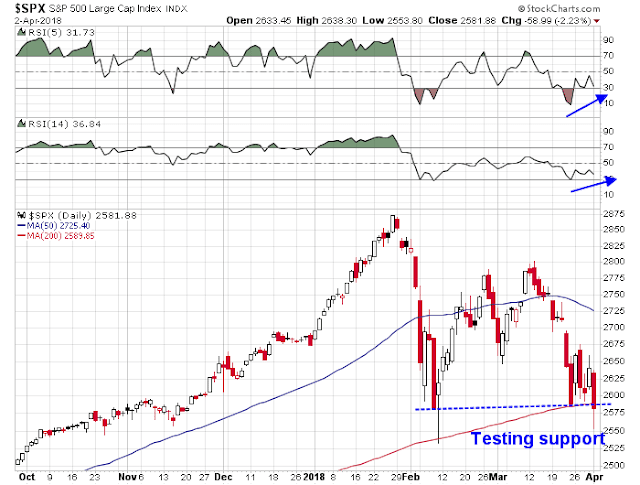 The stock market is obviously very oversold. My Trifecta Bottom Spotting Model flashed another exacta buy signal today. While this model has not worked well in the recent past, the appearance of either an exacta or trifecta signal is an indication of an oversold market, with the caveat that oversold markets can get more oversold. 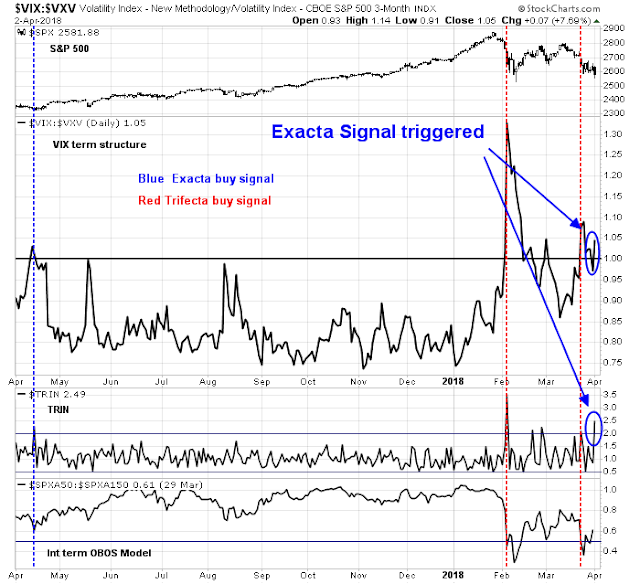 The TRIN indicator, which can indicate panic selling when it rises above 2, is more revealing on the 30-minute chart. During “normal” periods of panic liquidation, TRIN spikes at the end of the day in conjunction with price declines because of margin clerk and risk manager induced selling. Today, we saw TRIN hold up and rise, even as the market staged a minor late day rebound. 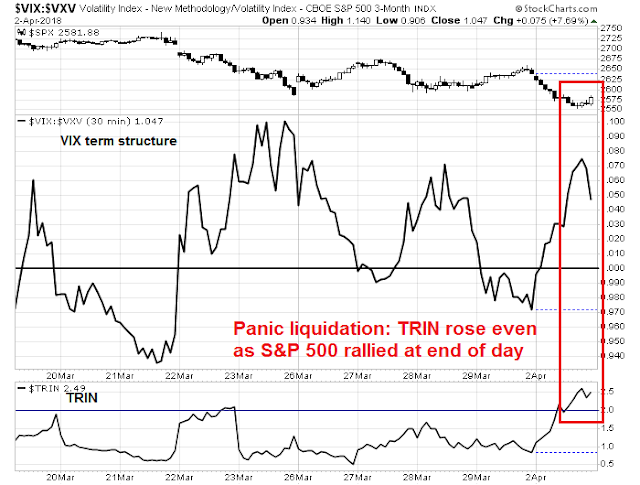 I recently pointed out that the Fear and Greed Index is now in single digits. Even if you are bearish, be warned that major market down legs don’t begin with sentiment at these levels. 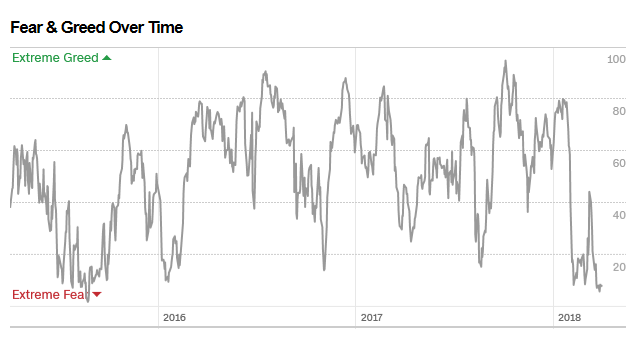 As for the test of the 200 dma, I refer readers to Helene Meisler’s recent Real Money column, where she stated that the time to worry about a breach of this key support level is when the 200 dma begins to fall:

The general rule is the longer the S&P (or any index or stock) spends in a trading range and then breaks down from there, the more negative it is because that has given the long-term moving average line a chance to roll over — and rolling-over moving average lines are resistance on any rally.

I suggested last week (see Technicians nervous, fundamentalists shrug) that a template for today’s market might be 2011, when the market chopped around for about two months before resolving itself in a bullish fashion. During this period, which is marked by the shaded area, the market generated a series of exacta and trifecta buy signals, as well as Zweig Breadth Thrust oversold readings. 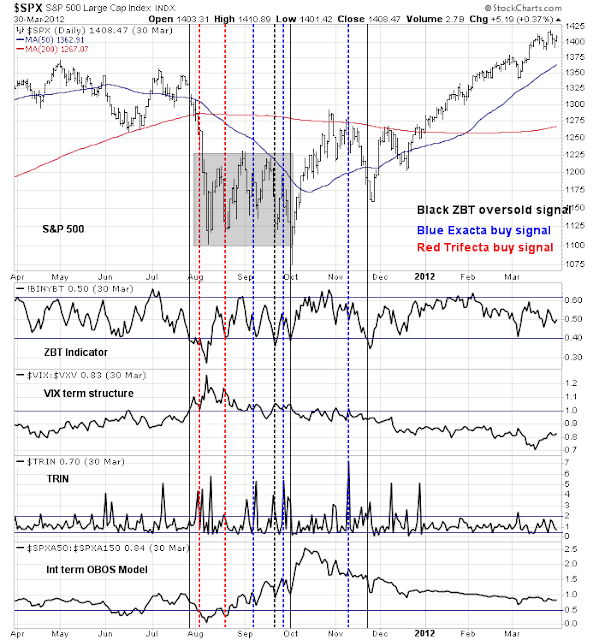 Even if you are bearish, wait for the rally (and there will be one) to see if the market makes a lower high before going short.