Mid-week market update: The intermediate term technical trend remains bullish, it`s hard to argue with the strong momentum that the market has displayed. Ari Wald recently pointed out that the market is experiencing a “good overbought” condition (my words, not his) that has the potential to carry the market much higher. 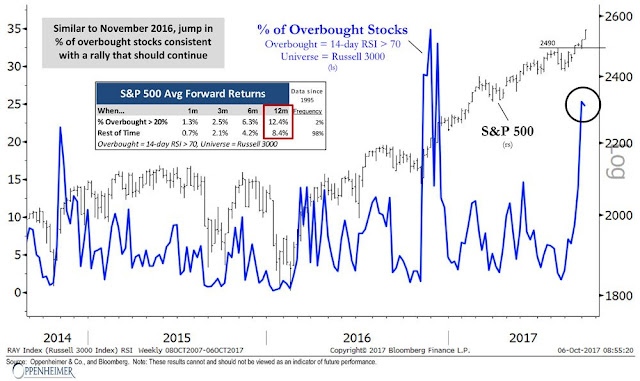 However, the current market environment may be setting up for a short correction. The SPX is trading above its upper weekly Bollinger Band (BB). Past episodes, when viewed in isolation, have been relative benign. The market has either continued grind upwards, or move sideways. That said, I am monitoring the weekly RSI-14 indicator when the market is above its upper BB. Past breaks below the 70 after an overbought reading have seen the market pull back. (Note that the weekly RSI reading remains above 70, and therefore no sell signal has been generated.) 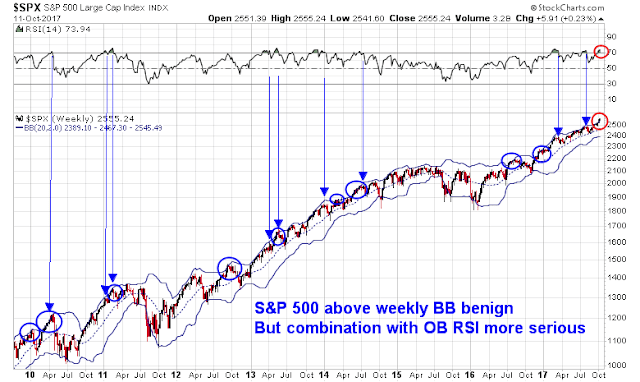 I am watching the evolution in small cap leadership, which may be in the process of breaking down. Such a development could be a signal of near term market weakness.

Small cap stocks have been on a tear lately, largely because of tax cut hopes. Small cap companies tend to be more exposed to the domestic economy and should therefore benefit more from corporate tax cuts. The market was encouraged when the House of Representatives approved a fiscal 2018 spending blueprint to help advance an eventual tax bill that can be passed by a simple majority vote in the Senate. At about the same time, the Senate Budget Committee approved its own budget resolution and sent it to the full Senate for a vote. In addition, news broke that the centrist “blue dog” Democrats were open to discussions on tax reform (see Bloomberg). CNBC reported that Goldman Sachs assigned a 65% probability that some form of tax reform would get passed.

Notwithstanding how the horse trading winds up in Washington, Matthew Yglesias made the point of a basic problem with aggregate picture of corporate tax cut math. Currently, the effective corporate tax rate is much lower than the statutory rate of 35%, but above the targeted rate of 20%. It is impossible to lower the rate to 20% and pay for it by cutting loopholes (easier said than done) and achieve revenue neutrality at the same time. 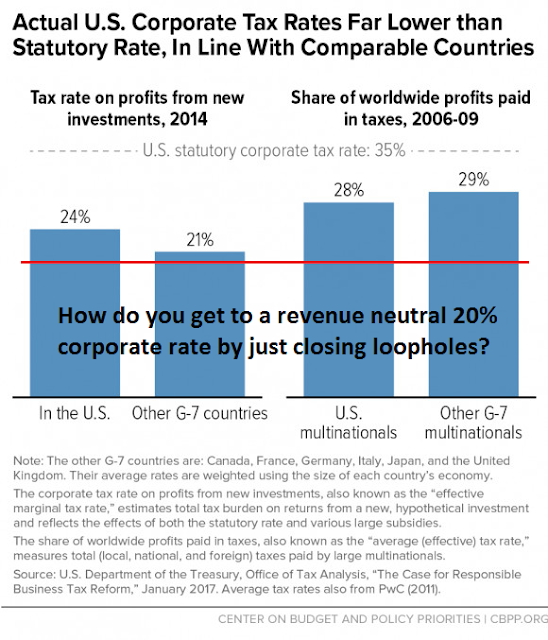 Assuming that the eventual agreed upon rate settles in at above 20%, achieves revenue neutrality and closes loopholes, then the net tax effect would be zero. To be sure, there will be winners and losers under the new tax code, but don’t expect much in the way of aggregate boost to net earnings under such a scenario.

Should that the Republicans abandon the revenue neutrality constraint and let the fiscal deficit to rise, current rules allow for an incremental $1.5 trillion in deficit spending in the next 10 years. The current proposal of corporate tax cuts and middle class tax cuts leaves a hole of $2.2-2.5 trillion, depending on the sources of the estimates. That’s only the base case assumption, before individual legislators lobby to keep their favorite tax deduction, such as the deduction for state and local taxes.

Tax reform is hard, just as healthcare reform is hard. FiveThirtyEight pointed out that the different wings of the Republican party have not come to agreement on three key questions, which makes the tax cut and reform process especially difficult:

Meanwhile, on Wall Street, investors seemed to have forgotten to differentiate the individual companies’ tax regimes in their stampede to buy small cap stocks for their higher potential tax cut exposure. Ned Davis Research observed that there was no performance spread between high and low tax stocks within the small cap index. 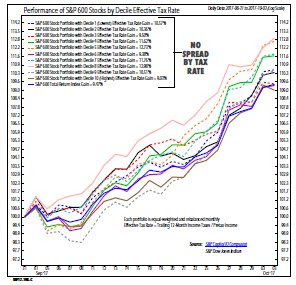 A similar analysis by Business Insider of the relative performance of high tax large caps found a similar effect. 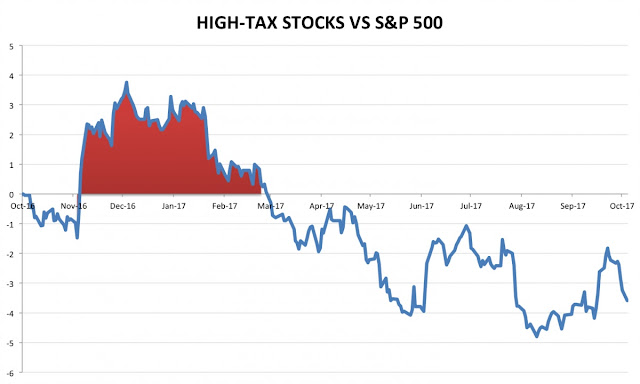 I have no idea of when or whether small cap bullishness will break, but one sign of a deterioration in confidence comes from the latest NFIB small business. NFIB reported that small business optimism slid in September, and the decline was widespread across the country and not just related to hurricane related events. 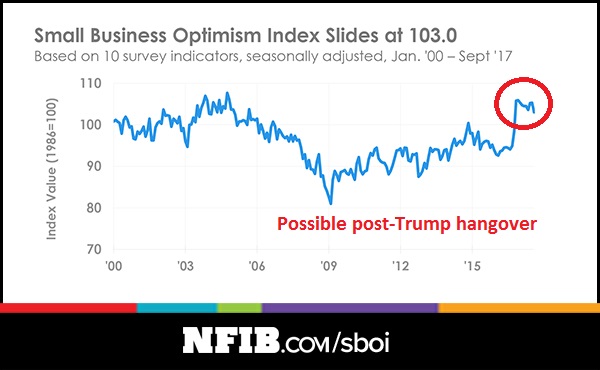 Small business confidence surged in the wake of the election of Donald Trump, but the most recent pullback could be the sign of the start of a post-Trump hangover. In particular, actual sales and sales expectations have been falling, which is reflective of actual conditions on Main Street. 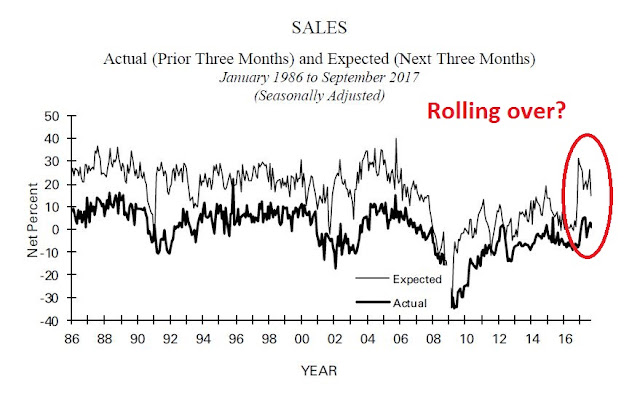 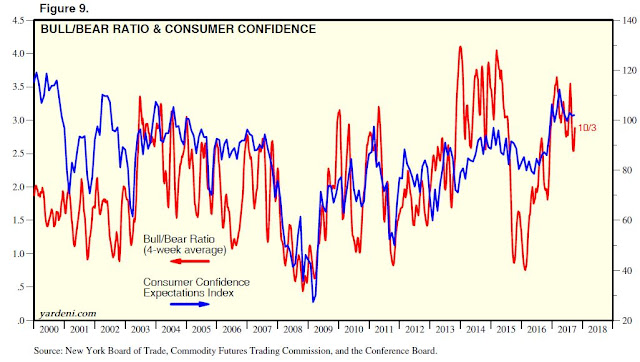