The VIX also rises – Humble Student of the Markets

Deep in the recesses of my memory from my youth, I recall reading an Ernest Hemingway quote that went something like this:

How did you go bankrupt?
Two ways. Gradually, then suddenly.

From The VIX Also Rises

The VIX closed at an all-time low last week. Anyone who bought volatility in the last couple of years would have suffered the same fate outlined in the Hemingway novel.

To be sure, there are good reasons for the VIX decline. One reason is the drop in pair-wise correlation between stocks. When this happens, the diversification effect of owning different stocks rises, which depresses index volatility relative to individual stock volatility. 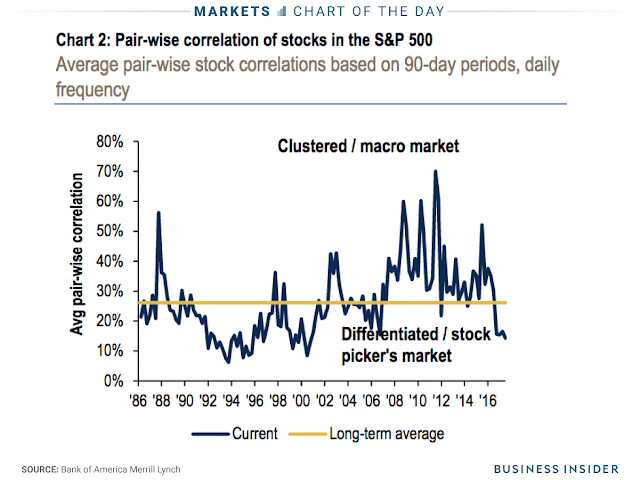 It isn’t just the VIX, but the volatility of other asset classes have also fallen. The MOVE Index, which measures interest rate volatility, is also at depressed levels. 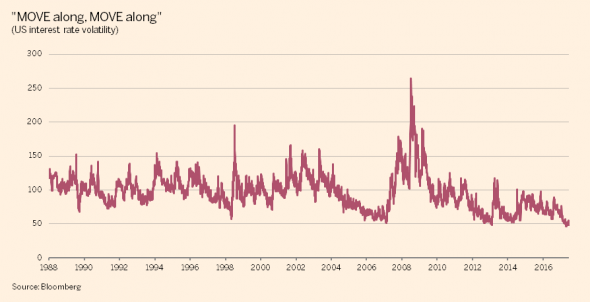 Charlie Bilello recently asked if shorting volatility is a free lunch. The answer is an emphatic “no”, because traders who take on that trade have to live with the possibility of 90%+ drawdowns. Bilello went on to state that drawdowns from a short VIX position “is not a question of if but when”, though he was silent on the timing, or the trigger for such an event. 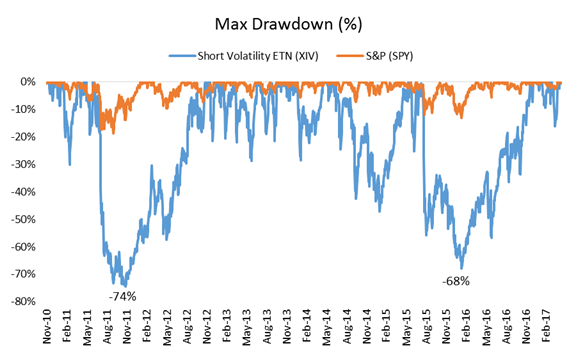 With overall realized volatility at historically low levels across all asset classes, the trigger for a VIX spike might come from a non-equity asset class.

How the Fed may spike volatility

An obvious trigger might come from the Fed, as it prepares to wind down its balance sheet. The Fed’s Quantitative Tightening (QT) program is likely to have an outsized effect on the mortgage market, when compared to the effect on the Treasury market. Here is the base case projections of MBS holdings from the New York Fed. 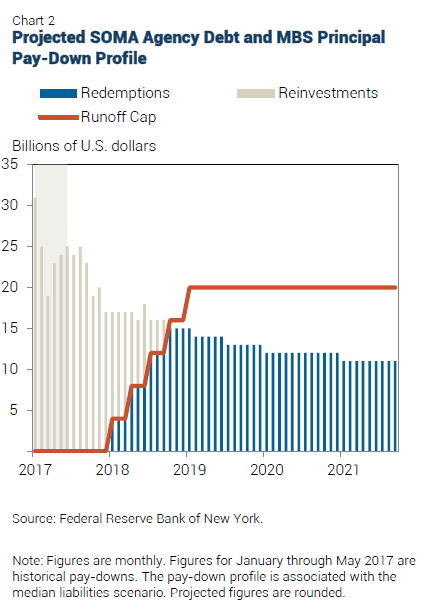 Here is why convexity matters for MBS holders. The Fed is committed to raising rates as part of its process of normalizing monetary policy. Assuming a parallel shift in the yield curve, fixed income portfolios will get hurt as rates rise. The duration and convexity characteristics of plain vanilla Treasury paper are well known. On the other hand, mortgages will experience prepayment risk if rates fall, which makes MBS paper negatively convex. The duration (rate sensitivity) rises as rates rise, but declines as rates fall. It’s the worst of both worlds.

As the Fed begins raises rates and normalizes its balance sheet, it will introduce greater volatility to the MBS market. Here is FT Alphaville:

The Fed’s effect on the market is even bigger when you consider its dominant position as a buyer of newly-issued agency MBS. In 2009, 2013 and 2014, the central bank bought about half of all new issuance.

Some of that spending came from the large-scale asset purchases but much of it came from the decision in October 2011 to reinvest prepaid mortgage principal into new bonds. Since then they have spent more than $1.8 trillion rolling over their portfolio — on top of what was bought during the third round of large-scale asset purchases. There has been about $8.2 trillion of new issuance over the same period, so the Fed bought more than a fifth just through reinvestments. So far this year the Fed has bought nearly 30 per cent of new issuance.

Under the baseline scenario the Fed will return about $1 trillion in agency MBS to private investors by 2025. It will have switched from selling cheap options that protect against interest rate volatility to effectively buying them back. The extra risk will have to be borne by the private sector. Fed economists think this could add nearly a percentage point to longer-term interest rates.

In short, expect volatility to rise in the MBS market in 2018. How much of the higher volatility gets transmitted to the other asset classes is anyone’s guess. However, here is one way higher MBS vol will eventually affect the real economy.

For now, mortgage rate spreads against Treasury yields remain tame. Investors have not demanded much of a premium to be in the MBS market. Expect risk premiums to widen as MBS volatility rises. 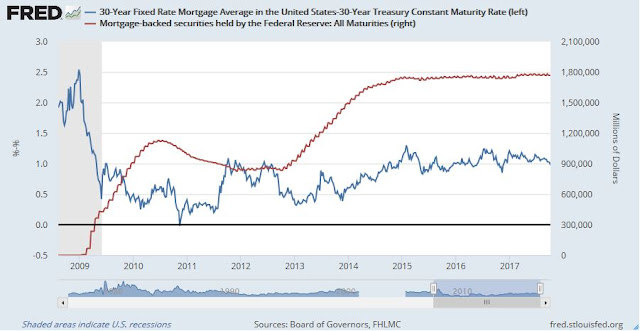 Now imagine what rising risk premiums in the MBS market might do to a fragile housing market. 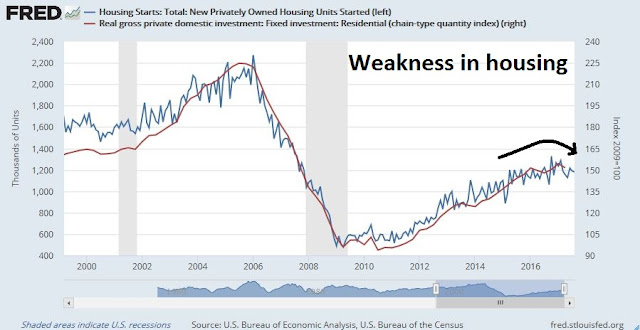 A downturn in the economy’s most cyclically sensitive sector will not be good news, for either Main Street or Wall Street. But that’s a problem for later. Here at Humble Student of the Markets, we try to teach readers how to fish. Consider this as a teachable moment of where the fish might be in late 2017 or early 2018.

4 thoughts on “The VIX also rises”