Waiting for the breakout (or breakdown) – Humble Student of the Markets

Mid-week market update: As the S&P 500 consolidates its gains in a narrow range after its surge last week, it has been a frustrating time for both bulls and bears.

As investors wait for either the breakout or breakdown from the range, here are the bull and bear cases. 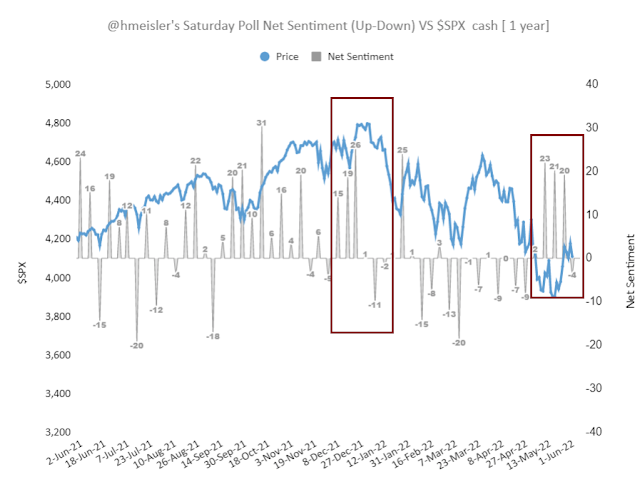 Not so fast. Callum Thomas also conducts a weekend Twitter poll. Respondents were bearish, which is contrarian bullish. 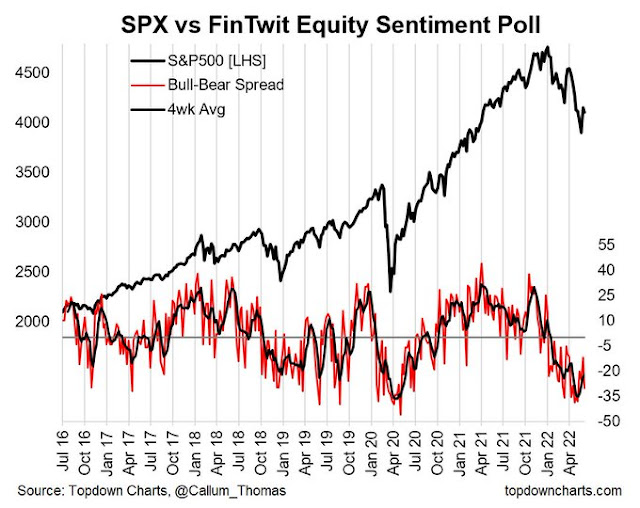 Charlie Bilello recently asked if the recent rally is a dead cat bounce or the real thing, and the consensus is “dead cat bounce”, indicating excessive bearishness. 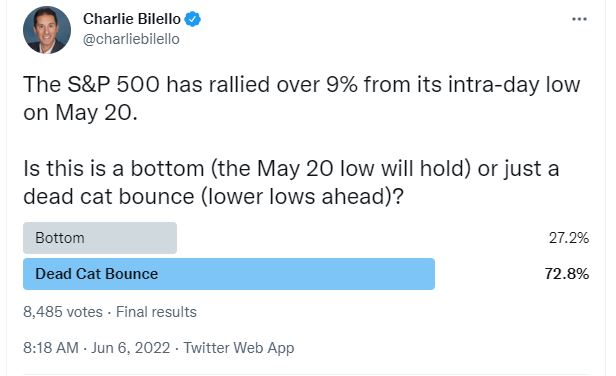 My head hurts from thinking about sentiment. Poll results are wildly different and it’s difficult to make any definitive conclusions.

A butterfly flaps its wings in Beijing

The most bullish development may not be immediately evident to American investors. China’s technology sector has been experiencing a broad-based rally on strong volume, indicating institutional participation. Authorities approved about 60 new video games and eased a crackdown on the sector which began last year. A report earlier this week that regulators were looking to end a probe into Didi Global Inc. also helped sentiment.
At the same time, SentimenTrader also reported strong insider buying among NASDAQ 100 stocks. 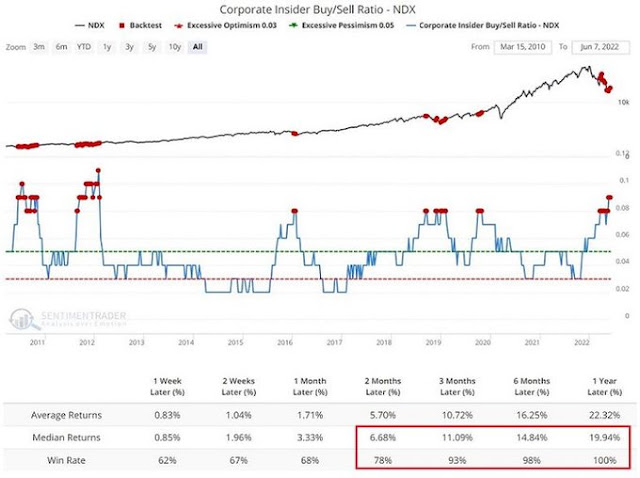 From a technical perspective, the relative performance of the NASDAQ 100 to the S&P 500 and Chinese internet stocks to MSCI China have turned up. These developments are supportive of a bullish impulse led by the technology sector.

Longer term, both the NASDAQ 100 and EM internet and e-commerce stocks are very oversold and due for a turnaround. 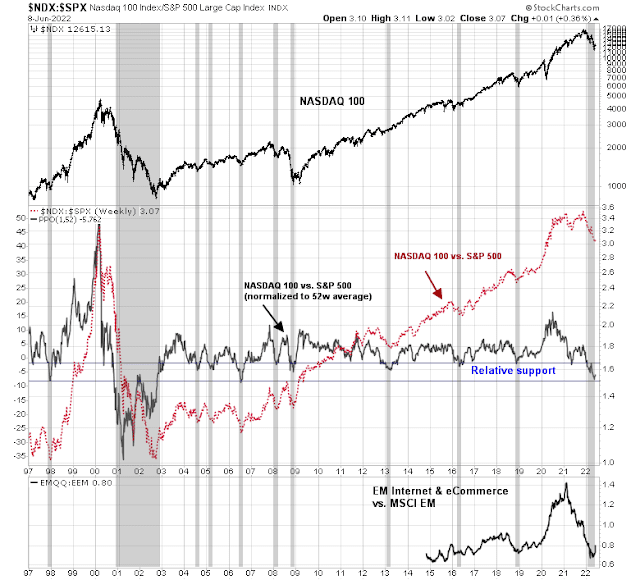 Even ARK Innovation (ARKK) is performing well, both on an absolute and relative basis. 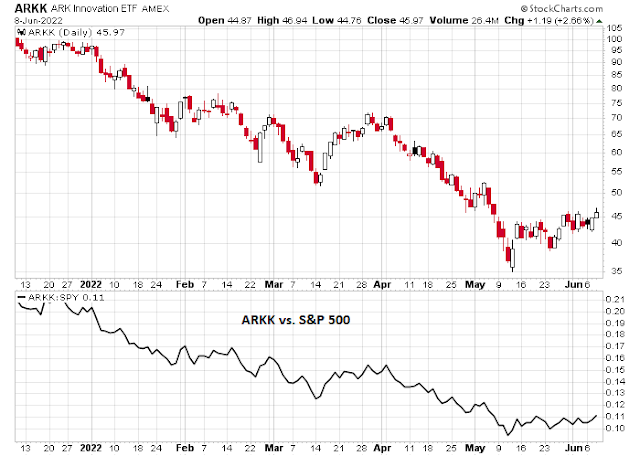 The NYSE McClellan Oscillator (NYMO) recently became wildly overbought and recycled from its overbought reading. Past experiences has shown that while the market has paused its advance in the past, downside risk has been relatively low and stock prices have continued to advance in most instances of a similar nature. 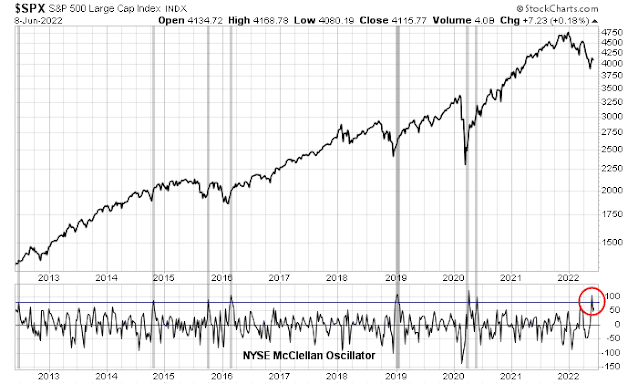 Looking ahead, the bulls face some challenges, starting with tomorrow’s ECB decision, Friday’s CPI report and next week’s FOMC meeting could be sources of volatility.
The ECB is expected to turn hawkish in the face of strong inflationary pressures. It will signal an end to asset purchase and a commitment to raise rates in the near future. 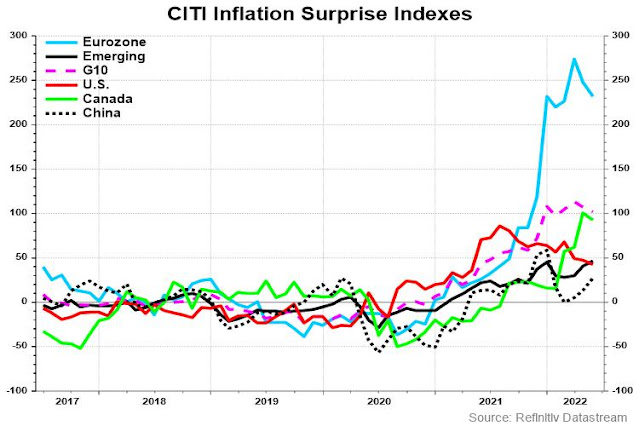 On Friday investors will get the all-important CPI report, which will be watched closely by the Fed ahead of the FOMC meeting next week. While core CPI is expected to decelerate, volatile components such as used car prices aren’t cooperating. The latest Manheim report saw prices edge up. Owners’ Equivalent Rent, which is a significant component of CPI, is expected to firm as well. 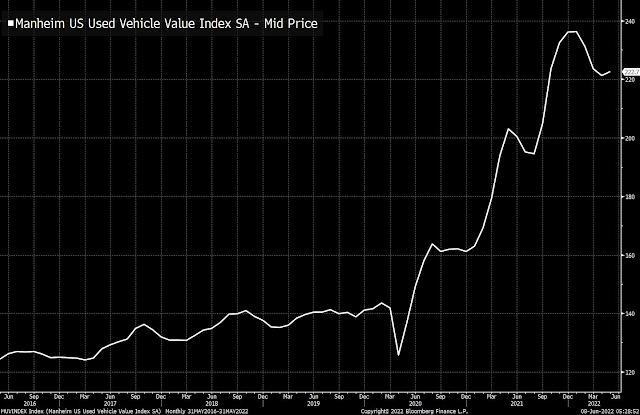 Looking ahead to the FOMC announcement, half-point hikes are already baked into expectations for the next two meetings. The key question for investors is how expectations move for the September meeting. While the market is pricing in another half-point increase in September, the probability estimate is far less certain.

Vice-Chair Lael Brainard stated in a CNBC interview, “It’s very hard to see the case for a pause.  We’ve still got a lot of work to do to get inflation down to our 2% target.” In light of the strength in the April JOLTS and May Jobs Report, the Fed appears to be prepared for an even more hawkish pivot.
So where does that leave us?
My inner investor remains defensively positioned. My inner trader is bullish but he has trimmed his long positions. While he is hopeful that the S&P 500 can stage an upside breakout, his risk control discipline calls for him to exit his longs should the market break down from the recent trading range.
Disclosure: Long SPXL

19 thoughts on “Waiting for the breakout (or breakdown)”