FOMC reaction: I told you so – Humble Student of the Markets

Ahead of the FOMC meeting, I had been pounding the table that market expectations were unrealistically hawkish. The market was discounting strong rate hikes well beyond the Fed’s stated median neutral rate of 2.4%, according to the March Summary of Economic Projections. 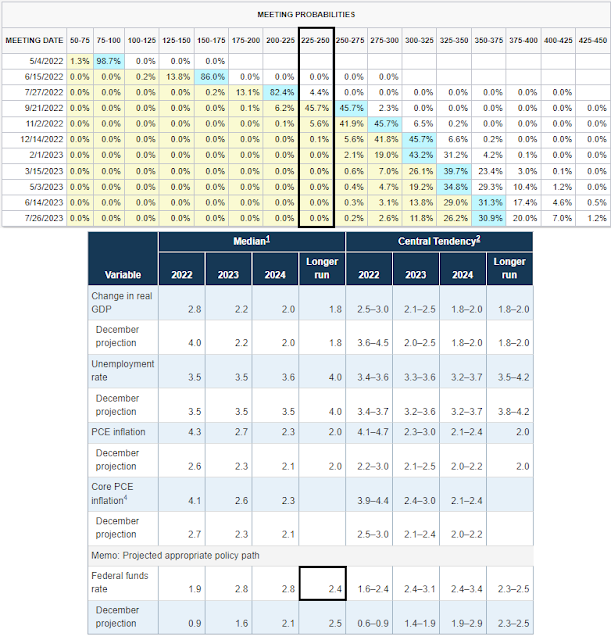 Combine the market’s hawkish expectations with a continued sense of panic in Investors Intelligence sentiment where bearishness jumped to a two-year high. What did you expect would happen? 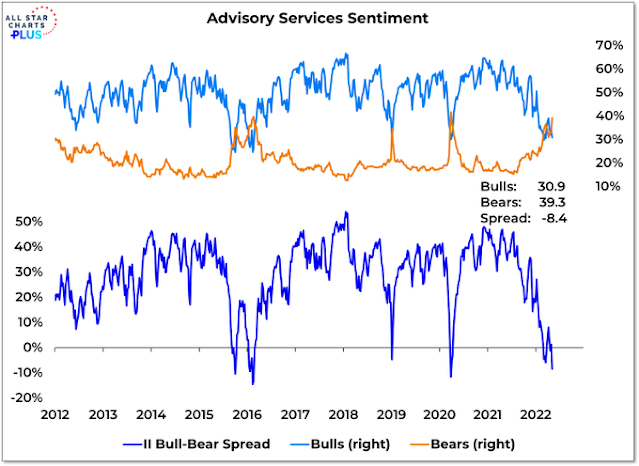 The Fed came through with an expected half-point rate increase, quantitative tightening to begin on June 1 at $47.5 billion per month and rising to $95 billion after three months. These actions were entirely in line with expectations. More importantly, Powell pushed back on a 75 bps hike and it is not something the Committee is considering.

Inflation may have peaked

Here is what the picture is on inflation. Core PCE, which is the Fed’s favorite inflation metric, has been falling in the past two months. So has the Dallas Fed’s Trimmed Mean PCE. The high PCE prints will begin to drop off over the next few months, which makes the YoY comparisons tamer. At the current monthly rate, core PCE is running at 3.0-3.5% on an annualized basis, which is below the SEP projection of 4.1%. This makes the Fed’s job of pivoting to a less hawkish policy easier, though the Employment Cost Index remains stubbornly high. Investors should keep an eye on Average Hourly Earnings in Friday’s Jobs Report.

In addition, 5×5 inflation expectations is in retreat. While they are still elevated, readings are below the highs of the last cycle. While the Fed will undoubtedly remain vigilant, this will also allow Fed officials more room to make a dovish pivot.

Powell acknowledged in the press conference that inflation has decelerated, but a one-month data point is not enough to change policy. The FOMC is watching for trends in inflation, though Powell allowed that there is no evidence of a wage-price spiral.

In light of the excessively bearish sentiment, it was no surprise that the market took on a risk-on tone when Powell took a three-quarter point rate hike off the table. The question is how far the market can rally from here.
The S&P 500 surged today to test resistance at the 4300 level and the next logical resistance level is the 50 dma at about 4375. Moreover, the VIX Index retreated from above the upper Bollinger Band to its 20 dma. The market gas often paused its advance under such conditions. The key test is whether the market can exhibit bullish follow-through tomorrow, or whether it will consolidate sideways. 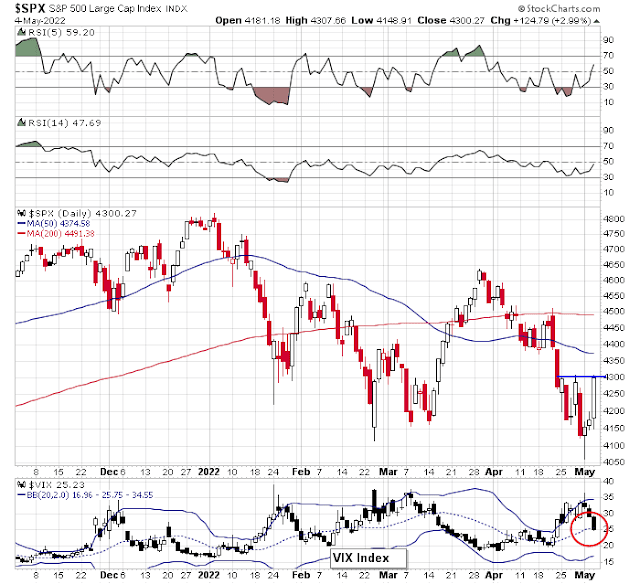 My inner trader is highly conflicted. Generally, he is inclined to exit long positions when the VIX recycles back to its 20 dma, but it’s difficult to see how such record levels of bearishness can unwind itself in a single day. Stay tuned for tomorrow’s market action and Friday’s Jobs Report.
Disclosure: Long SPXL

58 thoughts on “FOMC reaction: I told you so”