A sentiment preview of FOMC week – Humble Student of the Markets

Since the publication of my weekend trading update (see Will the Fed rally or tank markets?), a number of additional sentiment readings have come to light that may be relevant to traders and investors. The historic almost off-the-chart levels of bearishness of the AAII weekly sentiment survey has been known for several days, but there’s more. 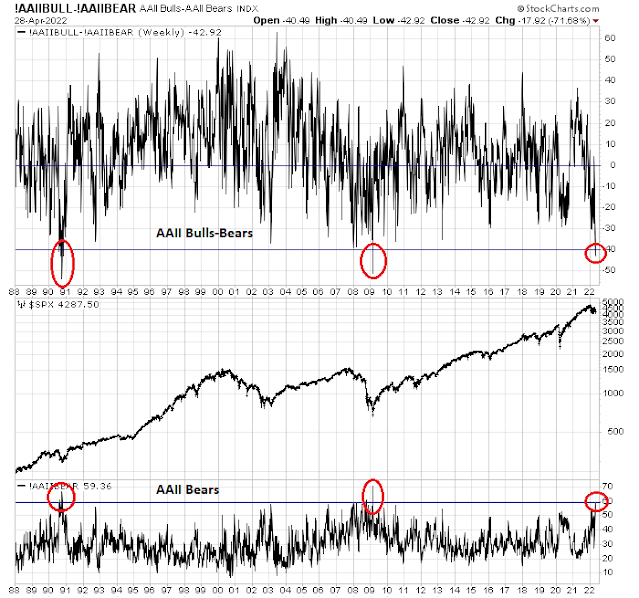 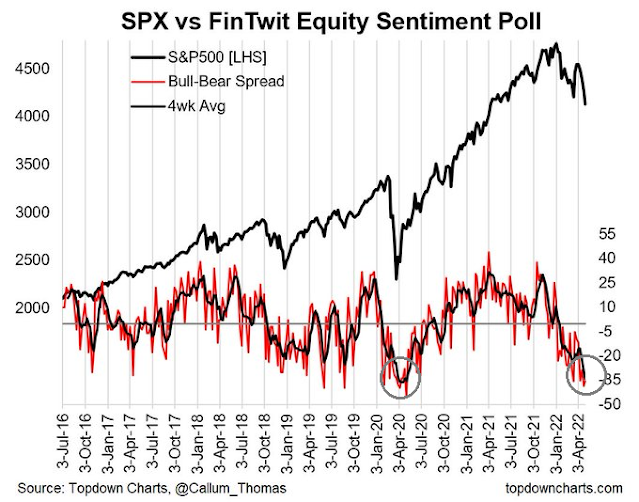 In addition, the Goldman Sachs Sentiment Indicator has fallen to -2.2, which is another bearish extreme. 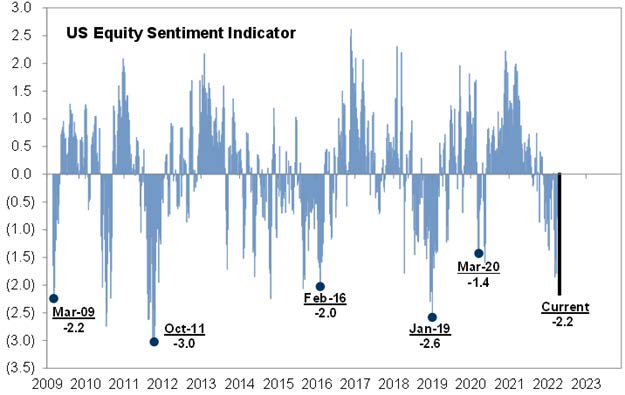 Historically, forward S&P 500 returns after such readings have been strong, with the important caveat that none of those instances occurred during fast Fed tightening cycles. 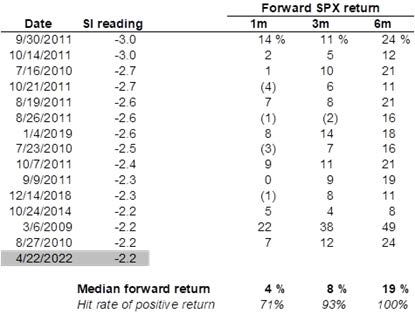 The markets are so jittery before Monday’s open that CNBC took the unusual step to broadcast a morning “Markets in Turmoil” banner (link here). In the past, such episodes have been done after the market close and the episodes were contrarian bullish signals.

Looking ahead past Wednesday’s FOMC meeting, Friday will see the publication of the April Jobs Report. While I have no strong views on the NFP print, Friday will mark the weekly option expiration where an unusual level of put buying has occurred. To be sure, many of the positions were opened weeks ago, but such an unusual skew is contrarian bullish. All else being equal (and unless the puts are rolled forward), the imminent expiration of the put options will force market makers to buy the underlying stocks owing to gamma decay as Friday draws closer. 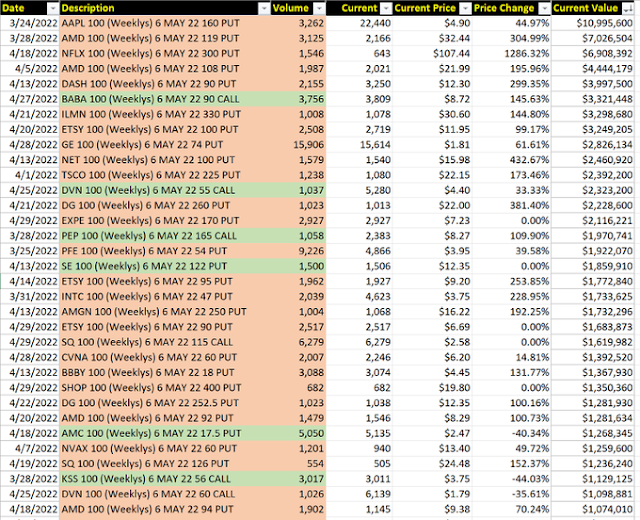 Finally, investors will face the falling tail risk of Russian escalation. There had been considerable speculation that Putin was aiming to declare a limited victory in Ukraine by May 9, the day commemorating the Soviet victory over Nazi Germany. The latest assessment indicates that the Russians have only made minor gains at considerable cost on the battlefield. Russian forces are close to exhaustion and no victory is in sight.
In such an event, observers had speculated that Putin would announce a general mobilization and draft of personnel and escalate the war, which would have unsettled markets. I had been skeptical of the general mobilization scenario for a couple of reasons. First, the Russians have committed about three-quarters of their standing ground forces to Ukraine. The latest intake of 100K conscripts is already short of trainers. How will the Russian forces be able to accommodate more troops? As well, the fighting in Ukraine has taken a toll on equipment and recent estimates indicate that the war has destroyed two years of Russian tank production. Western sanctions and the lack of semiconductors have put a halt to Russian military equipment production. As well, much of the inventory of tanks and other vehicles is too old, rusty, and not usable. Some tanks reported even lack engines. What would the new troops in a general mobilization be equipped with? Would they fight by throwing rocks?
A recent talk show on Russian state media gave no hint of any preparation for a general mobilization, which reduces the tail-risk of Russian escalation.

In short, the market is oversold and sentiment is discounting the direst scenarios. Any hint of better news would spark a rip-your-face-off risk-on rally. Steve Deppe studied what happened when the S&P 500 went on a four-week losing streak of -5% or more. At a minimum, expect a one-week bounce even if the fundamental and macro backdrop is bearish. 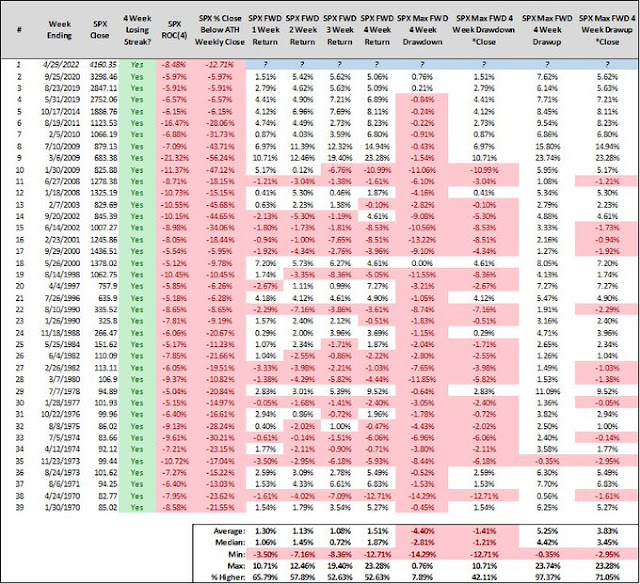 Any market weakness should be regarded as a gift from the market gods.
Disclosure: Long SPXL

16 thoughts on “A sentiment preview of FOMC week”