Cyclicals catch a bid, but… – Humble Student of the Markets

Mid-week market update: Cyclical industries have caught a bid in the last week. That’s not a big surprise as they have been badly clobbered relative to the market. Transportation stocks exhibited impressive strength as they regained relative support turned resistance level. However, the relative performance of all of the other industries was either below relative support or in a relative downtrend (retailers). The cyclically sensitive copper/gold ratio also rebounded, but in the context of a broad sideways pattern (bottom panel). 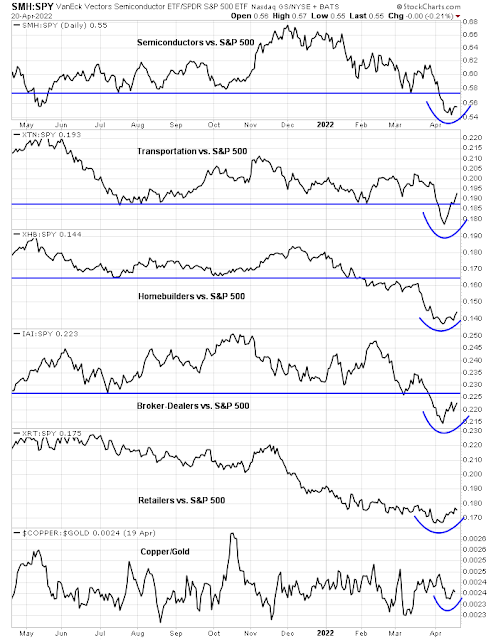 Don’t be fooled. Fade the rally.
A cyclical rebound is inconsistent with the current macro backdrop of tight monetary policy.  As a reminder, former New York Fed President recently wrote a Bloomberg Op-Ed that said the quiet part out loud. The Fed wants monetary conditions to tighten by forcing the stock market to fall.

With inflationary pressures running hot, the S&P 500 is about -7% from its all-time highs. Credit spreads have widened a little, but stress levels are still low. Expect the Fed to tighten further and which will snuff out any cyclical rebound.

Jurrien Timmer at Fidelity observed that while fixed income markets have tightened, equity markets have not, as measured by earnings yield. 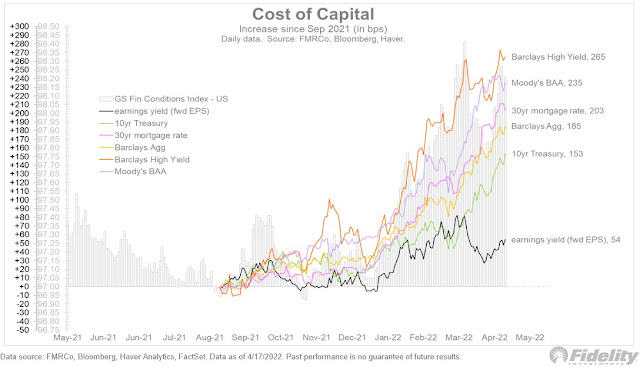 San Francisco Fed President Mary Daly, who is widely considered to be a dove, confirmed the Fed’s hawkishness in a speech today, “The case for a 50 basis-point adjustment is now complete.” She added, “I see an expeditious march to neutral by the end of the year as a prudent path”. While she did not specify where she believed the neutral rate is, the median rate specified in the Fed’s SEP is 2.4%.

In short, the macro backdrop argues for further stock market weakness. The recent market advance can be attributed to a combination of seasonality and negative sentiment.

AAII bullish sentiment collapsed last week and readings fell to levels not seen since the Greek Crisis of 2011. These conditions were confirmed by the latest release of the Investors Intelligence survey, which also saw a similar decline in the bull-bear spread. 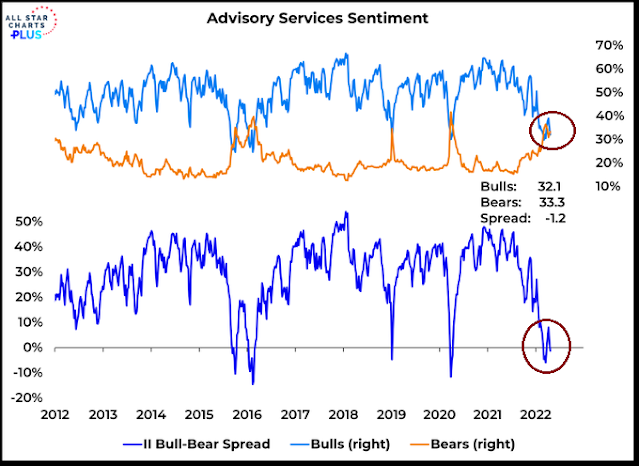 While the bull-bear spread retreated to negative, which should be interpreted as a buy signal, the sentiment backdrop appears flimsy beneath the surface. That’s because both bulls and bearish sentiment fell. Just like last week’s AAII survey, bullish sentiment collapsed faster than bearish sentiment. Respondents aren’t becoming actively more bearish, which would be positive for stock prices, they became more uncertain, which does not lead to the same solid contrarian bullish conclusion.

From a top-down macro viewpoint, cyclical sentiment had become excessive bearish. The Atlanta Fed’s GDPNow nowcast of Q1 GDP fell into negative territory in late February, which pulled down the economic growth outlook. It has since rebounded to 1.3%.

Post-Tax Day positive seasonality is providing a temporary tailwind for the bulls. 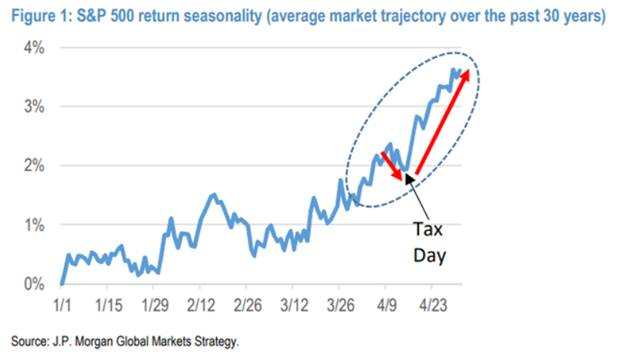 Investors should exercise some caution as we progress through Q1 earnings season. Notwithstanding the Netflix disaster, S&P 500 large-cap forecast margins are fine, but S&P 600 small-cap margins appear wobbly. 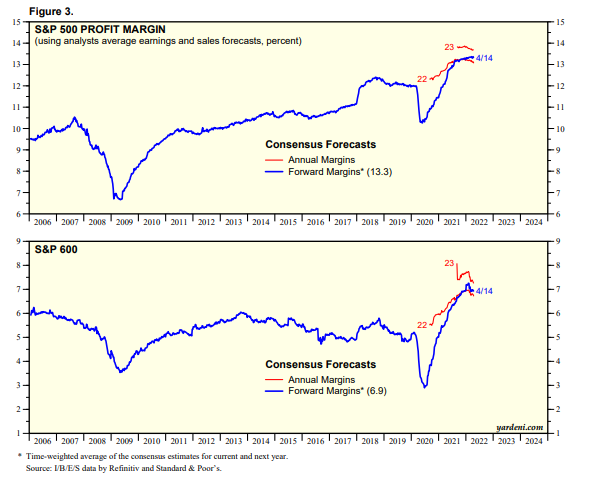 Meanwhile, equity risk appetite factors are still weak and do not confirm the market rally.

As well, market breadth has been hardly inspiring. With the exception of the S&P 500 Advance-Decline Line, the other versions of A-D Lines are either deteriorating or trading sideways. 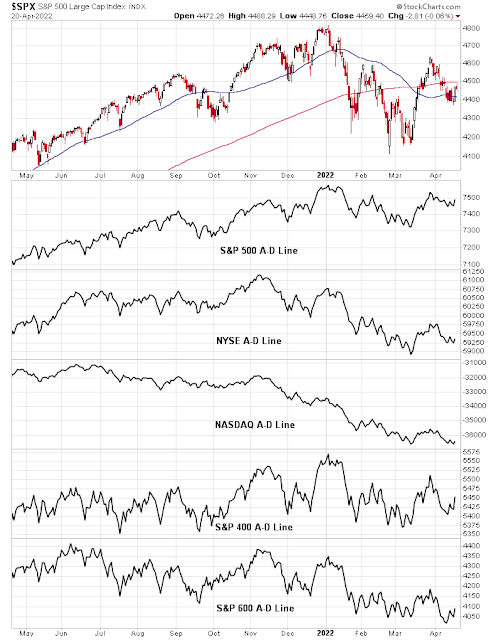 The S&P 500 will encounter overhead resistance at its 200 dma at about 4500 and upside potential is limited. Stay defensively positioned.

25 thoughts on “Cyclicals catch a bid, but…”