Sell to the sound of trumpets? – Humble Student of the Markets

Mid-week market update: Before the war began, I wrote that investors should Buy to the sound of cannons. Historically, investors have been rewarded by buying sudden geopolitically related downdrafts. The corollary is “sell to the sound of trumpets”, or news of peace.

US equity indices across all market cap bands staged upside breakouts through resistance yesterday and they pulled back today to test the breakout levels. 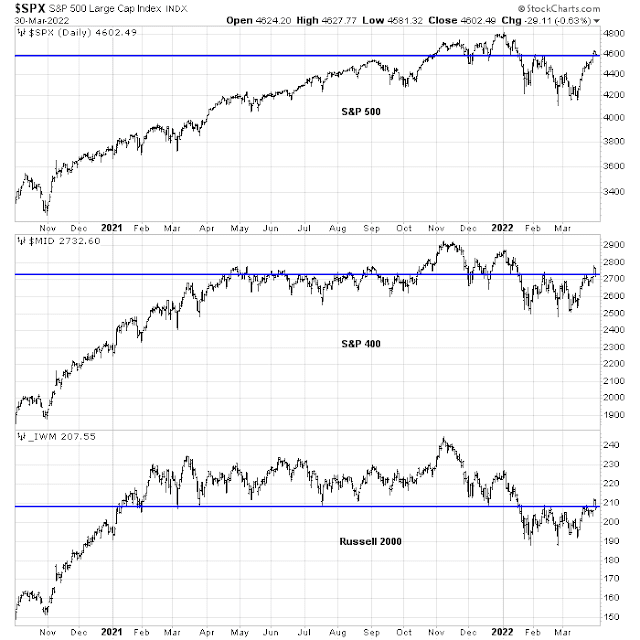 Is peace at hand? Are the trumpets sounding?

The market rallied yesterday on the hopeful news of Russia-Ukraine negotiations. The Ukrainians made a proposal of neutrality under the following conditions:
The Russians stated that they would scale back military operations around the cities of Kyiv and Chernihiv. However, a read of Russian media indicated a less constructive view, where the Kremlin downplayed the odds of a breakthrough and featured the profile of s soldier “cleaning up” Mariupol along Chechen comrades.
Left unsaid is the issue of reparations, if any, for the rebuilding of Ukrainian cities. As well, Biden’s recent outbursk, “For God’s sake, this man [Putin] cannot remain in power” will be an impediment to a deal.
The response to the negotiations news is an instructive window on market psychology. Russia-Ukraine war-sensitive instruments experienced island reversals. The Euro STOXX 500 and MSCI Poland printed bullish reversals, while gold showed a bearish reversal. Equity markets staged upside breakouts through resistance in the manner of US markets, but gold prices did not break support. 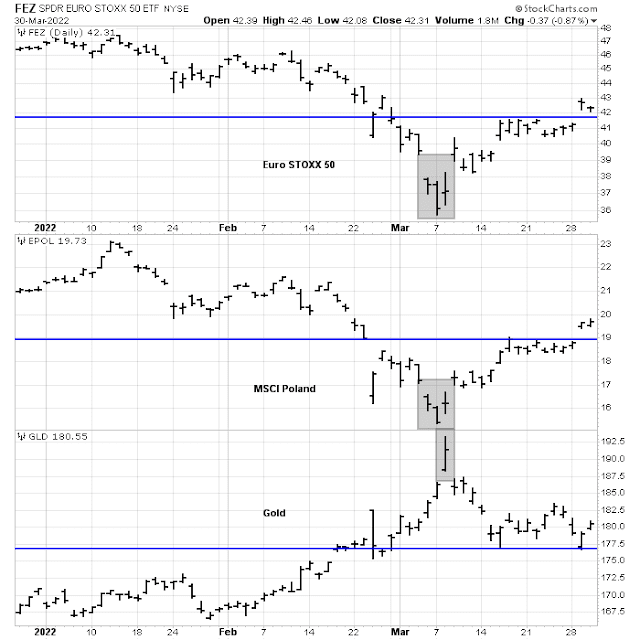 I interpret this to mean that geopolitical risk is fading, but could flare up again at any time.

Market internals are characterized by strong price momentum but weak breadth.
Bullish price momentum has been strong. In the last 10 years, such episodes have carried stock prices higher and, at a minimum, have not topped until the 5-week RSI has become overbought. 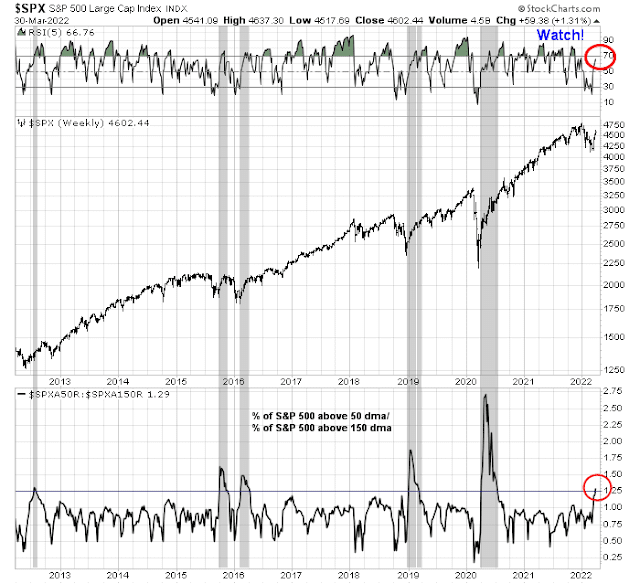 On the other hand, breadth indicators are unusually weak for a momentum-driven advance. The percentage of S&P 500 bullish on P&F has not reached the 80% level that’s consistent with a “good overbought” rally. Net NYSE and NASDAQ highs-lows have also been weak. Readings finally turned positive yesterday (Tuesday) after a prolonged period of net negatives. 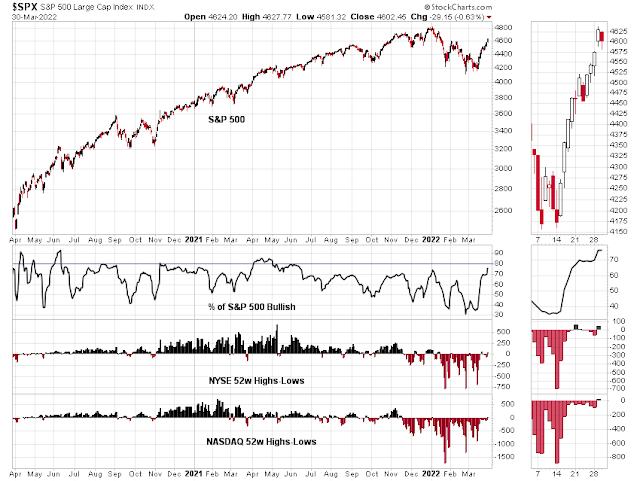 Bloomberg’s Dani Burger highlighted a recent BoA cautionary note based on the divergence between the VIX Index and MOVE Index, which measures bond market implied volatility. The last time this happened, the S&P 500 took a tumble. 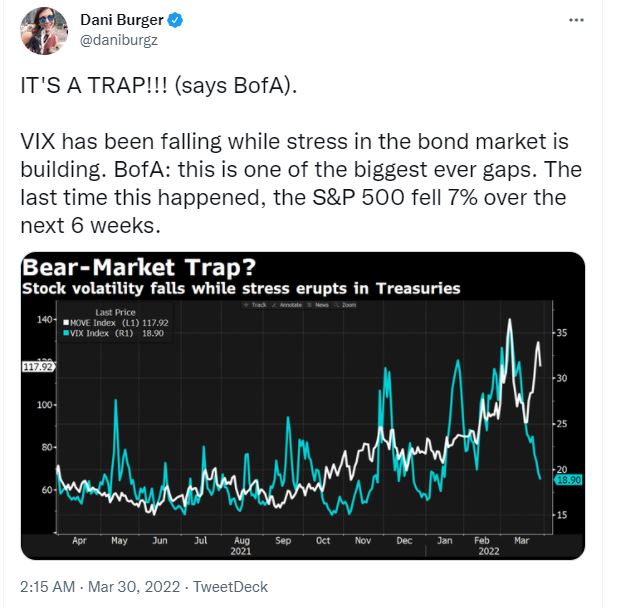 In conclusion, stock prices can run higher in the short term as momentum has become dominant, but negative breadth divergences are concerns. If momentum falters, the S&P 500 intermediate-term breadth momentum oscillator should be able to flash a sell signal. 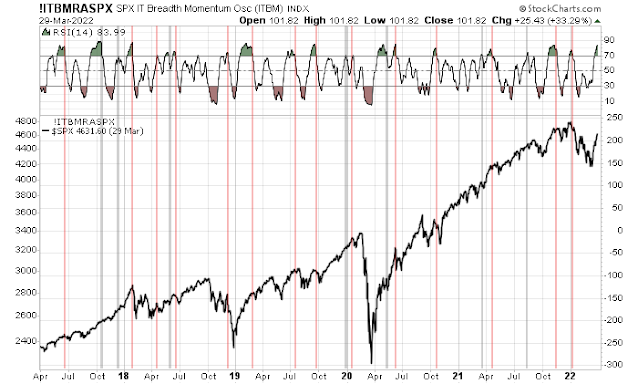 32 thoughts on “Sell to the sound of trumpets?”