A breather, or a stall? – Humble Student of the Markets 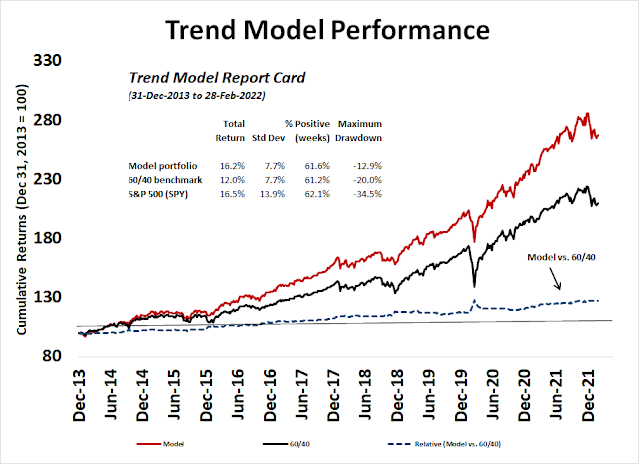 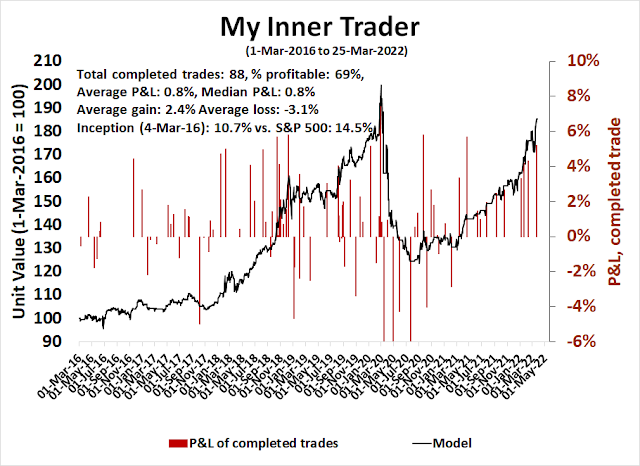 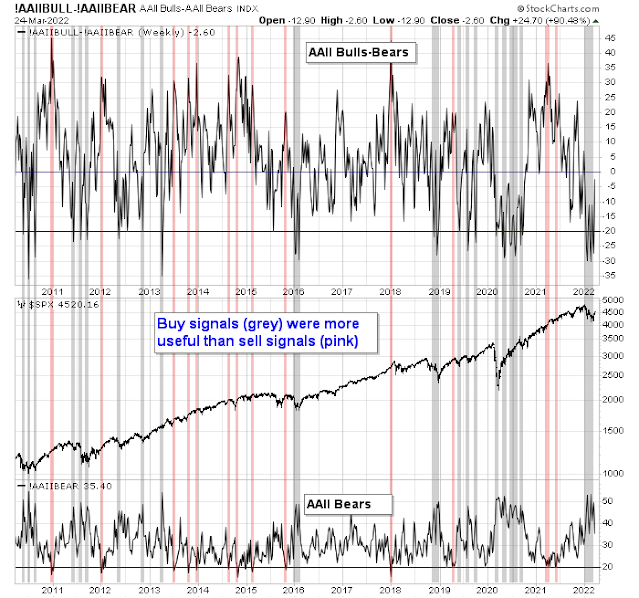 An analysis of Investors Intelligence tells a similar story. The bull-bear spread has begun to revert from negative, which is historically a tactical buy signal, to zero. 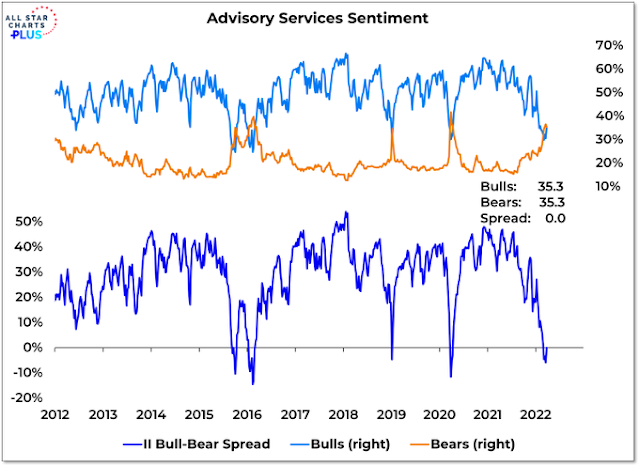 Can the bullish impulse continue? Here are bull and bear cases.

The stock market exhibited strong positive momentum in the latest rally. Numerous historical studies, such as this one from Jonathan Harrier, indicate that forward returns after such events were extremely strong. The blogger Macro Charts also posted a study with similar bullish conclusions based on NASDAQ 100 returns. 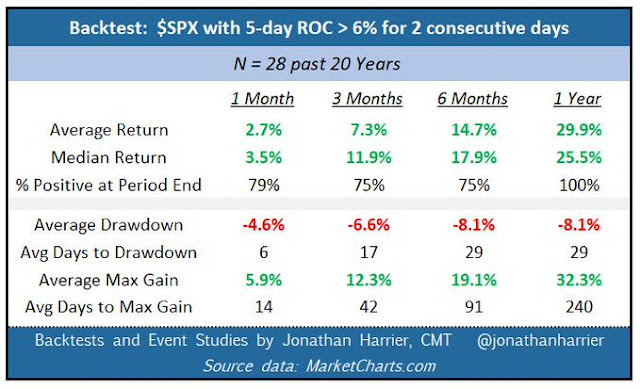 I outlined the reasons why I believe this is a bear market and to be intermediate-term cautious last week (see Trading the Relief Rally). While bear market rallies are normally short and vicious, Real Money columnist Helene Meisler documented instances when bear market rallies can be long lasting. She cited the example of the 9/11 market bottom in 2001, the subsequent advance in 2002, followed by a second low in July 2002.

She also highlighted the multi-month bear market rally in 2008 before the market fell to a final panic low.

Can momentum win the day?

The key question for traders is whether price momentum can prevail and win the day. Friday’s release of the Commitment of Traders report showed that large speculators, or hedge funds, sold the rally. (As a reminder, the CoT report shows positions from Tuesday to Tuesday and it is released Friday afternoon). While CoT data leads to a contrarian bullish conclusion, the S&P 500 exhibited a negative RSI momentum divergence, which is bearish. 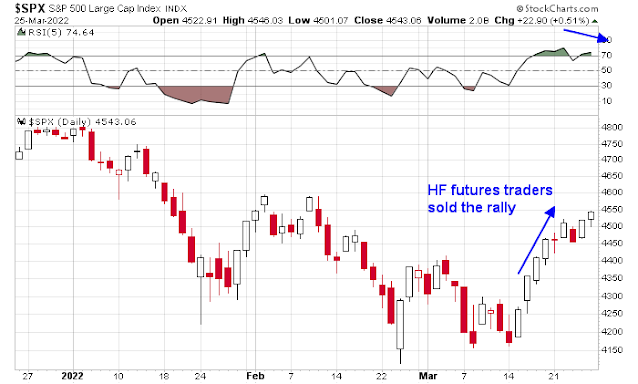 What stood out in the CoT report was the heavy sales in S&P 500 futures, as large speculator positions moved from substantially net long to net short. 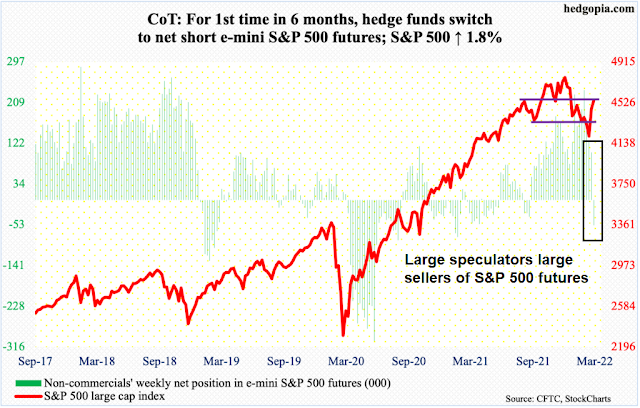 Net sales were observed across the board. Large speculators sold NASDAQ 100 futures… 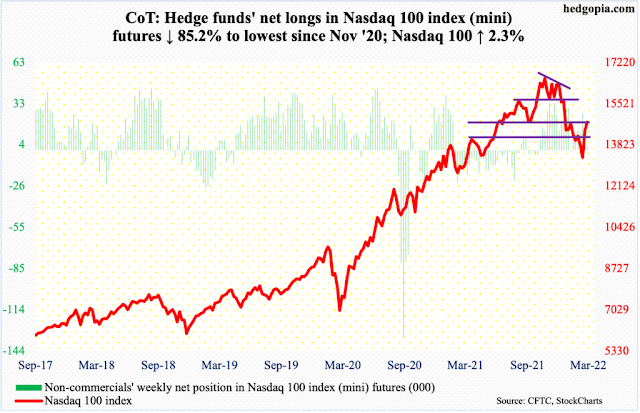 …And they sold Russell 2000 futures, though the magnitude of the sales was not as large as the ones seen in S&P 500 futures. 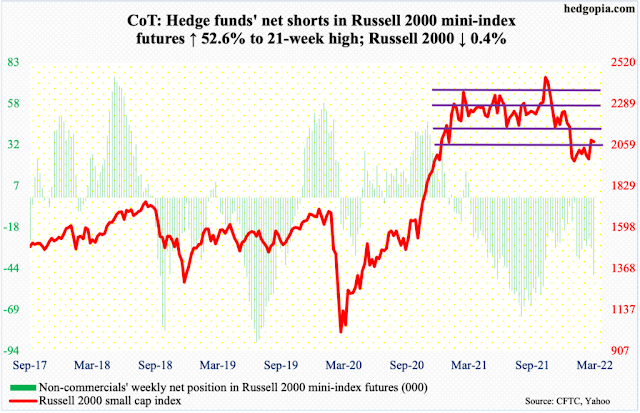 Macro
Charts pointed out that this level of sales has a record of being contrarian bullish. 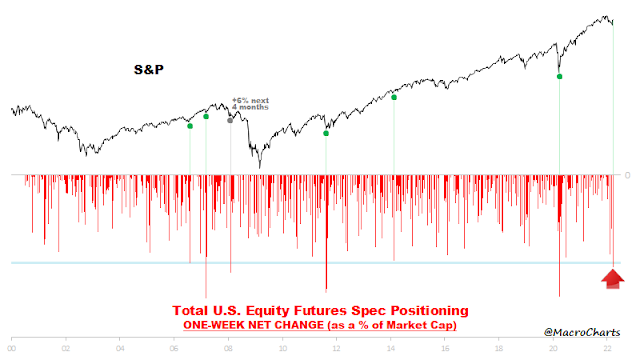 The bull and bear debate comes down to the strength of the momentum signal. The market is short-term overbought. Both the NYSE and NASDAQ McClellan Oscillators reached overbought conditions last week, which are cautionary signals. 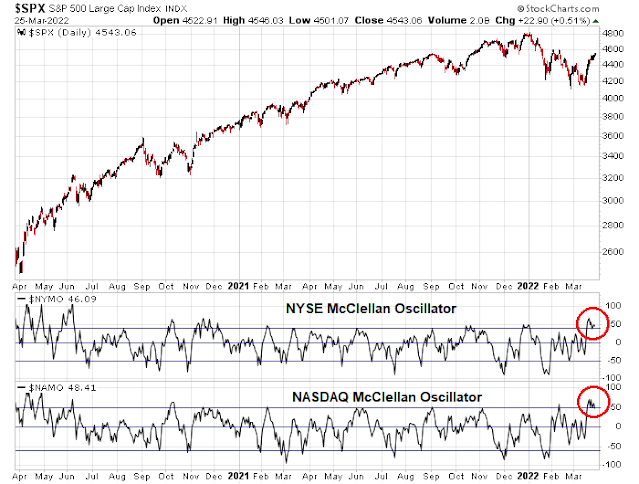 While the market is overbought, it is not showing a strong “good overbought” condition that is characteristic of a momentum-driven advance. The percentage of S&P 500 bullish on point and figure charts stalled at about the 70% level, which is shy of the 80% threshold for a “good overbought” reading. As well, both NYSE and NASDAQ net 52-week highs-lows are weak, which is also indicative of weak momentum. 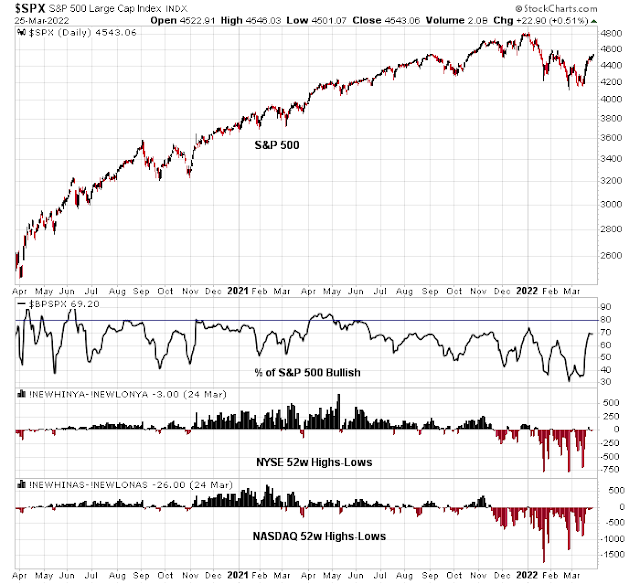 As well, equity risk appetite, as measured by the equal-weighted consumer discretionary to staples ratio and the high beta to low volatility stock ratio, is exhibiting negative divergences against the S&P 500.

If price momentum were to falter, that would be the setup for a sell signal. The S&P 500 Intermediate-Term Breadth Oscillator reached an overbought condition last week. A sell signal is generated when it recycles back to neutral. In the past five years, there were 21 such signals; 14 of them resolved in a bearish manner (pink lines) and 7 bullishly (grey lines). These episodes include strong rallies off V-shaped bottoms in 2019 and 2020. 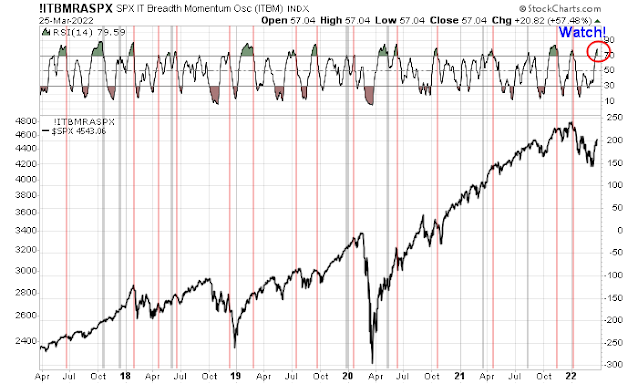 A sell signal may be imminent. Do you want to play those odds of this model if momentum were to weaken?
In conclusion, the market is extended in the short run and rally may be starting to show signs of exhaustion. While momentum is strong strong and it would be too soon for traders to take bearish positions, I am seeing the set-up for a sell signal, which should appear soon. 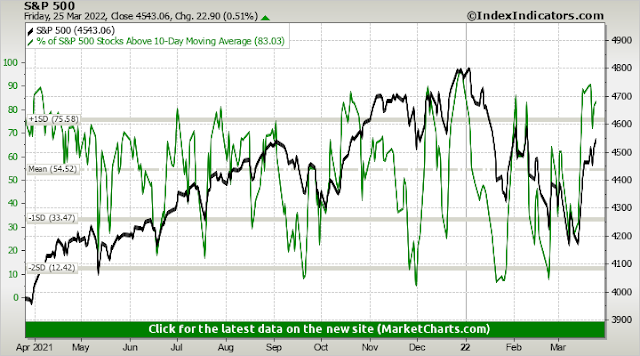