Seeking sanity in a mad market – Humble Student of the Markets

Mid-week market update: The stock market has been extremely oversold for the past few days, but one element had been missing for the short-term, namely a sentiment capitulation and wash-out, which may have finally appeared. The latest Business Week cover may be the classic contrarian magazine cover indicator of a developing bottom. 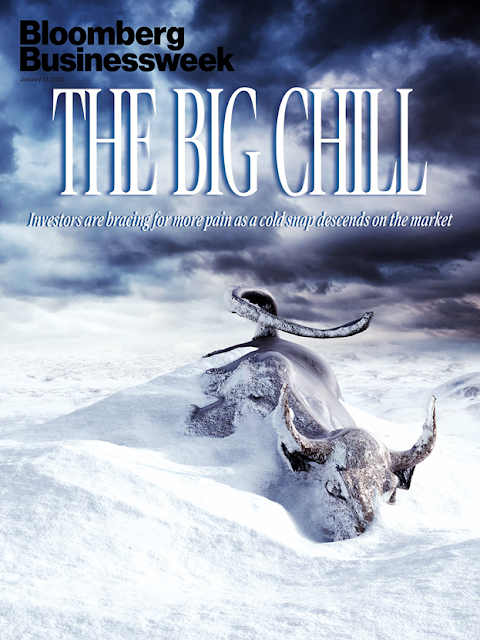 As well, I am seeing oversold signals everywhere. Two of my four bottom spotting models have flashed buy signals. The VIX Index has spiked above its upper Bollinger Band and the NYSE McClellan Oscillator (NYMO) reached an oversold extreme. While the term structure of the VIX did not invert on a closing basis, they did invert intra-day both on Monday and Tuesday. Moreover, the 5-day RSI of the S&P 500 reached oversold levels last seen during the COVID Crash of 2020. 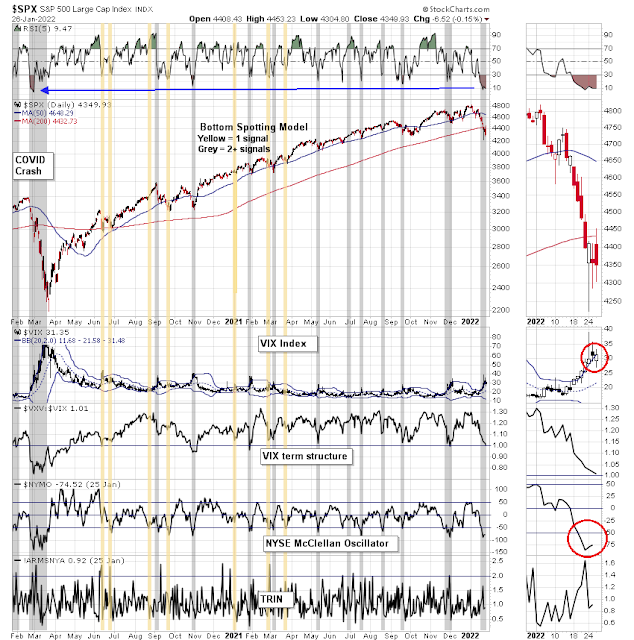 The NASDAQ 100 is especially washed out. QQQ short volume has spiked to unprecedented levels. 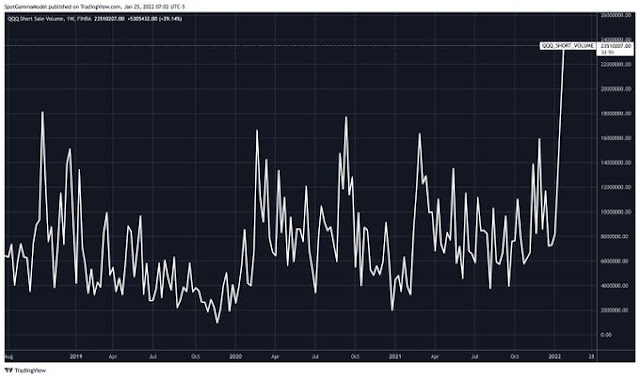 The normalized 52-week NDX/SPX ratio has fallen into a relative support zone that has historically defined buying opportunities for large-cap growth stocks with the exception of the 2000 dot-com crash.

Risk appetite is poised for a comeback, though the longevity of any relief rally remains an open question.

Coming into the FOMC meeting, the Fed was caught between the desires of Main Street, which has been increasingly concerned with inflation, and Wall Street, which was hoping for a more dovish message. The Fed threw its lot with Main Street as Jerome Powell stated that “inflation risks are to the upside in my view” and the Fed’s balance sheet is “substantially larger than it needs to be”.
Inflation concerns were so widespread on Main Street that it became a major issue on Glassdoor, a website built mainly for employees and potential employees to rate employers. Most of the concerns amount to “my pay raise isn’t keeping up with inflation”. 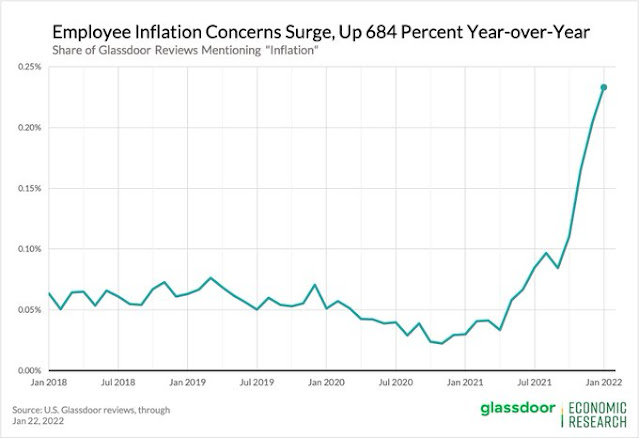 The cacophony of inflation complaints prompted President Biden to pressure the Federal Reserve to “do something” in order to bolster the Democrats’ faltering position in the mid-term elections. While the Fed has its own reasons to tighten monetary policy, the combination of broadening inflation pressures and emerging signs of full employment prompted its hawkish pivot.
Despite Powell’s equity unfriendly message, the stock market reacted in a constructive fashion by holding above Monday’s panic lows and the VIX recycled below its upper BB. 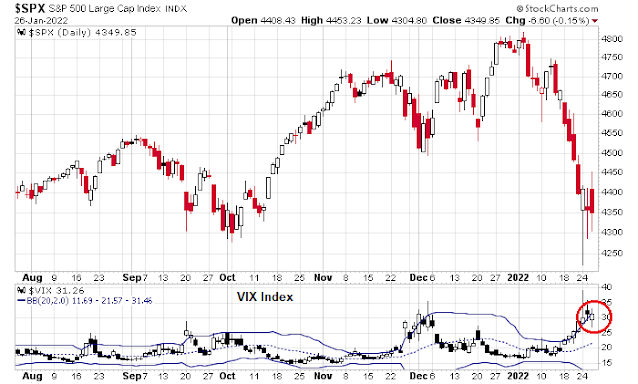 In conclusion, stock prices are overly stretched on the downside and a relief rally is more or less inevitable, though its longevity is questionable. While my inner trader remains tactically bullish, he is monitoring the evolution of internals should the bounce materialize. My inner investor has de-risked from an aggressive position to an asset allocation that is consistent with his long-term policy mix.
Disclosure: Long SPXL

29 thoughts on “Seeking sanity in a mad market”