A no-surprise Federal Reserve – Humble Student of the Markets

Mid-week market update: I told you so. Earlier in the week, I wrote that the market had become overly hawkish about interest rate expectations (see Hawkish expectations). Leading up to the November FOMC meeting, the Fed had signaled that a QE taper is about to begin and, if everything goes along with projections, the first rate hike would occur in late 2022.

Fed watcher Tim Duy added (before the meeting) that the Fed had unveiled its spanking new FAIT framework and it was unlikely to abandon it so quickly.

We got a dovish taper, which is what I expected. The 2-year Treasury yield eased in reaction to the FOMC decision and the yield curve steepened. 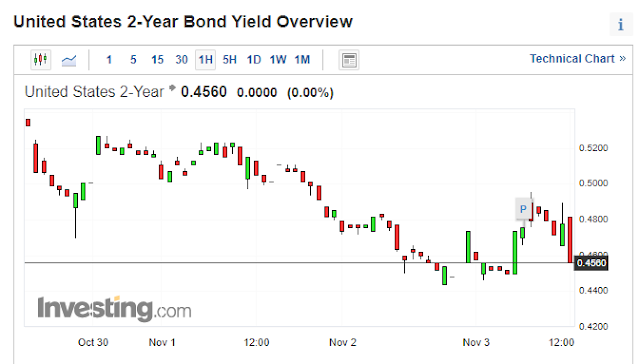 As well, ECB head Christine Lagarde said today that conditions for rate hikes are unlikely to be met next year. As a consequence, German 2-year rates also fell. 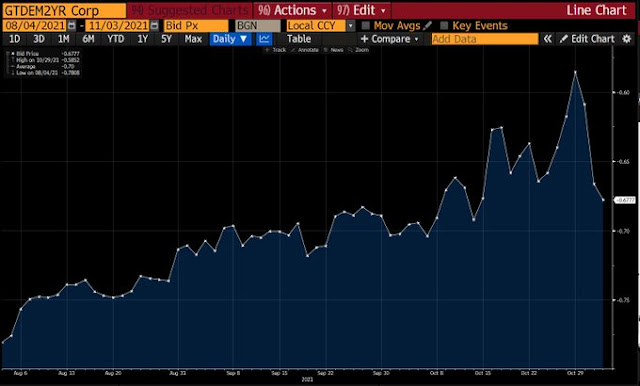 The steepening yield curve is a cyclical signal and the rising rates ETF (EQRR) rose in response.

The heaviest components of EQRR are mainly value sectors. Value stocks are turning up against growth, and small-caps in particular. The value/growth relationship is correlated to the steepness of the yield curve.

One of my bullish tripwires has been an upside breakout by high-beta small-cap stocks. While the popularly charted IWM on StockCharts broke out a few days ago, the ticker is a total return series and includes dividends. The capital return only ticker _IWM only staged an upside breakout today, and the breakout was confirmed by the S&P 600. 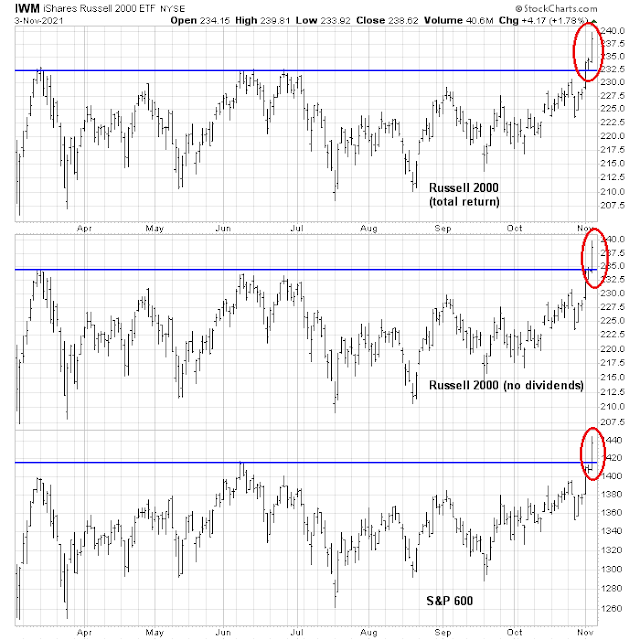 Depending on the parameters are set, the upside objective for IWM is between 265 and 273 on the point and figure chart, which represents an upside potential of 11% to 14%. 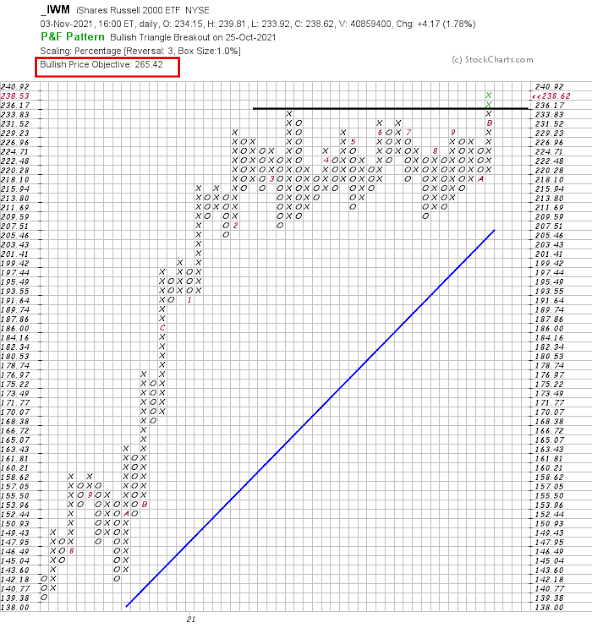 The year-end rally that I had forecasted appears to be underway. Some sentiment indicators, such as the Fear & Greed Index, have become overbought. However, this index is not useful as a trading indicator. In fact, such readings could be interpreted as signals of positive momentum consistent with year-end meltups in the past. 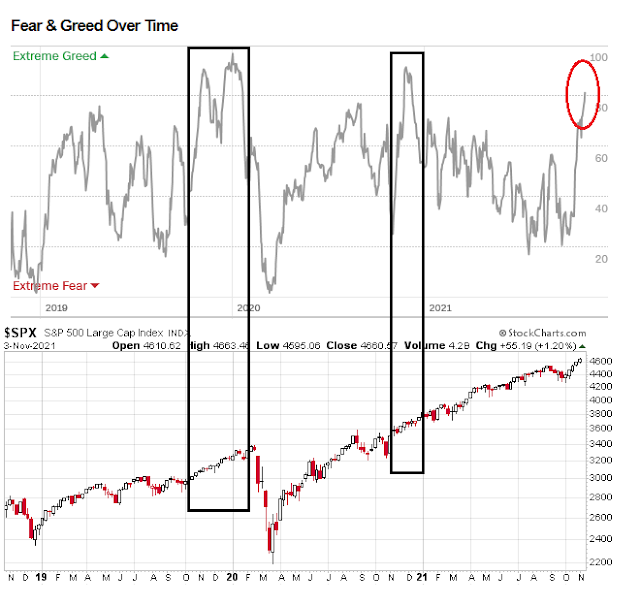 28 thoughts on “A no-surprise Federal Reserve”