No breadth thrust, but a slow grind-up – Humble Student of the Markets 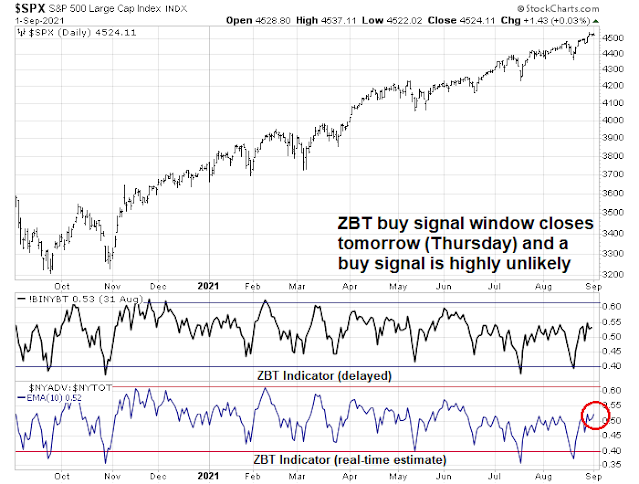 However, the failure of the ZBT buy signal doesn’t mean that the outlook has turned bearish. Instead, the stock market appears to be undergoing a slow grind-up.

From a technical perspective, many of the negative divergences from poor internals have been improving. While the NYSE Advance-Decline Line has not made a fresh high yet despite new highs in the S&P 500, the percentage of S&P 500 and NASDAQ stocks above their 50 dma have been steadily rising. 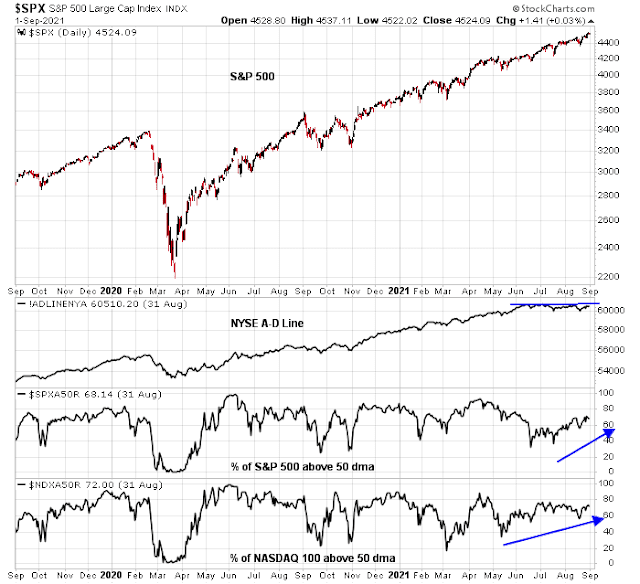 Similarly, credit risk appetite, as measured by the relative price performance of junk bonds to their duration-equivalent Treasury counterparts, have also been steadily rising.

Sentiment readings are likely to put a floor on stock prices should they pull back. The latest Investors Sentiment Survey shows a decline in bullish sentiment and a rise in bearish sentiment. The bull-bear spread is consistent with past trading bottoms, not tops. 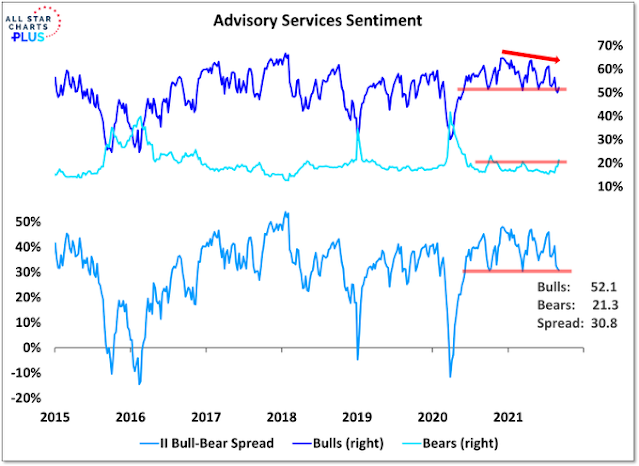 On the other hand, the lessons from market history are mixed. Almanac Trader pointed out that the month of September is one of the worst for stock market returns since 1950. The poor historical returns appear to be a statistical anomaly. In the last 17 years, he observed that “S&P 500 has advanced 11 times in September and declined six times.” 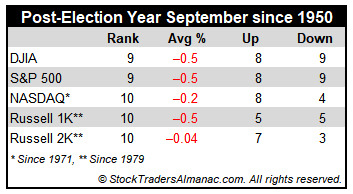 Ryan Detrick is another market historian with a different take. The S&P 500 has risen for seven consecutive months. Such episodes have resolved with strong positive returns over a six-month time horizon 13 out of 14 times.

Detrick also found that whenever the S&P 500 rose 15% or more by the end of August, the rest of the year tends to have a bullish bias. Price momentum lives (notwithstanding the Crash of 1987).

I interpret these conditions as the market is ripe for a slow grind-up. While stock prices could weaken at any time, any pullbacks should be shallow and there are few signs of a major correction on the horizon.
Disclosure: Long SPXL

14 thoughts on “No breadth thrust, but a slow grind-up”