Is this GameStop’s “shoeshine boy” moment? Tracy Alloway pointed out that GME had made it to dog Instagram. 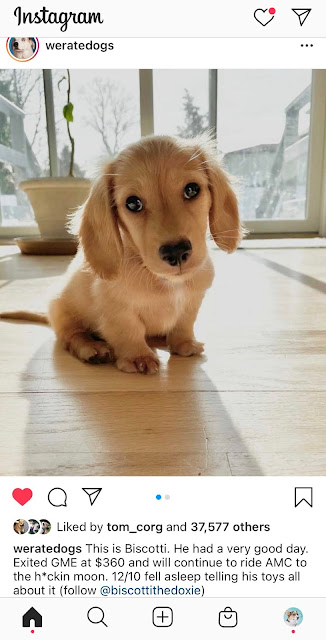 If dog Instagram wasn’t enough of a shoeshine boy moment, how about this Michael Bathnick observation?

Regardless, there are a number of other opportunities in the short squeeze space to consider (other than silver).

The short squeeze play is getting played out, especially when short interest is falling to historic lows indicating there is little short covering demand should the market weaken. 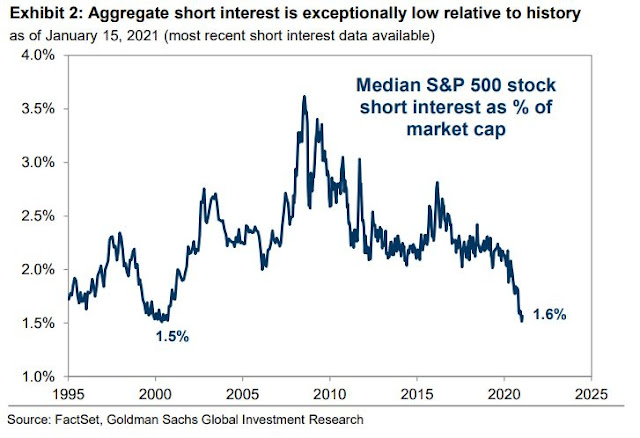 Instead of looking for short squeeze opportunities in individual stocks, have you considered a list of the most shorted ETFs? These represent possible contrarian plays in unloved industries that may be poised to move up. For the purposes of this analysis, I focus on the top four, with the cutoff being 50% or more of the shares sold short. 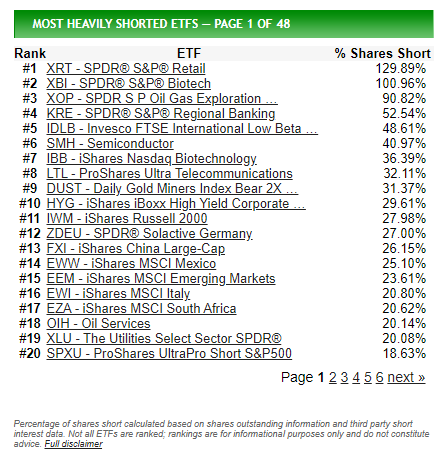 The first ETF on the list, XRT, can be ignored as it represents a synthetic way of shorting GME. GME represents roughly 10% of XRT. For what it’s worth, there may be an arbitrage opportunity between XRT and GME put options.

The second ETF, XBI, is the equal-weighted Biotech ETF. XBI represents a unique growth opportunity. The ETF has been outperforming the S&P 500, and the industry is heavily shorted owing to disbelief over its strength. The ETF recently made a fresh all-time high, both on an absolute and relative to the S&P 500. As an aside, IBB, the cap-weighted Biotech ETF, ranks #8 on the list and IBB is not performing as well as XBI. XBI can be characterized as the growth play among the most shorted ETFs. 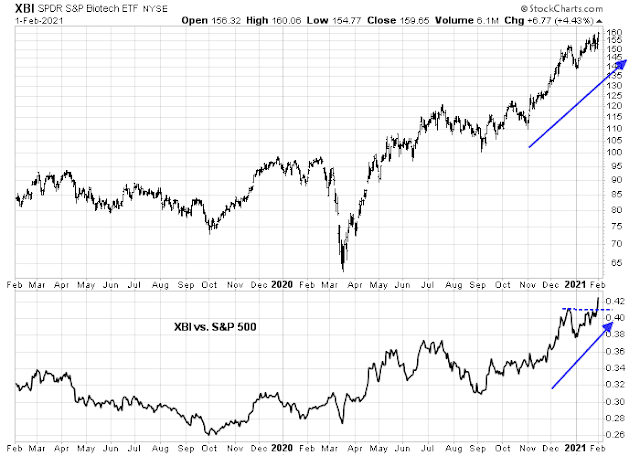 The next two on the list are value turnaround plays. XOP is the Oil & Gas Exploration ETF. The Energy sector has been unloved for most of 2020. Energy went from the biggest sector in the S&P 500 during the early ’80s to the smallest today. The world is shifting away from fossil fuels. GM recently announced that it will only sell zero-emission vehicles by 2035. Energy has become the new tobacco – an industry in decline.
The negatives may be overdone. Despite the secular downtrend in energy demand, oil and gas prices should rise as the economic cycle rebounds. From a technical perspective, XOP rallied through a falling relative trend line and it appears to be forming the constructive pattern of a saucer-shaped relative bottom. 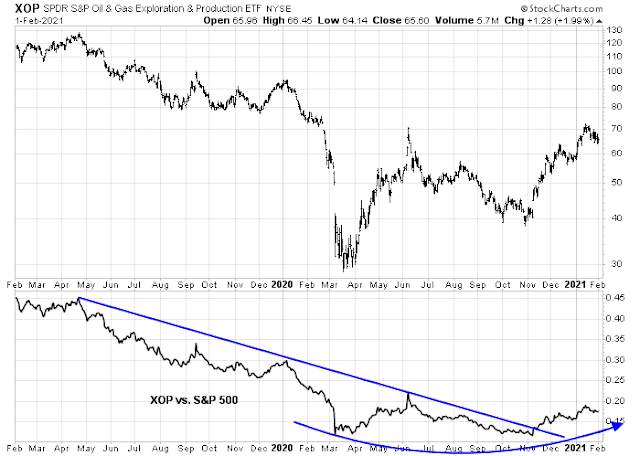 Similarly, KRE, which represents the regional banks, is forming a better defined rounded relative bottom. This indicates a turnaround for the group and foreshadows further outperformance in the future. 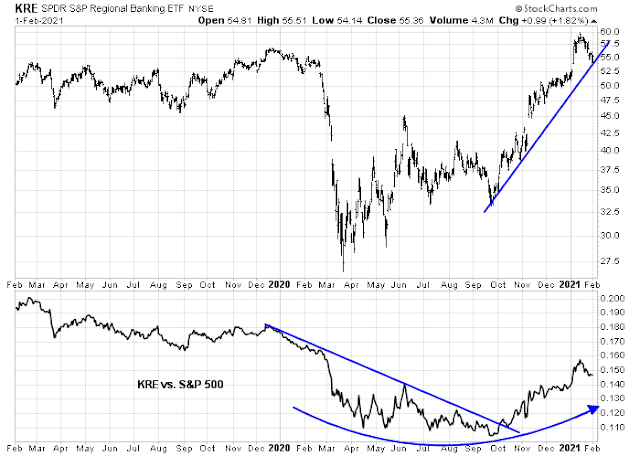 In conclusion, the analysis of the most shorted ETFs reveals three possible and diversified candidates for superior returns in the weeks and months ahead. Moreover, they don’t need to sponsorship of the r/WSB to rise. One can be thought of as a growth play, and the other two are turnaround value plays. All of them are rising on skepticism, as measured by the high level of short interest.

17 thoughts on “Opportunities from shorts (GME is so last week)”