Mid-week market update: One of the defining characteristics of the current bull run is the dominance of US large cap growth stocks. Joe Wiesenthal wrote about the problem of the effect of the “superstar companies” on the economy in a Twitter thread and in a Bloomberg commentary. The “superstar companies” have few employees, and therefore high labor productivity. 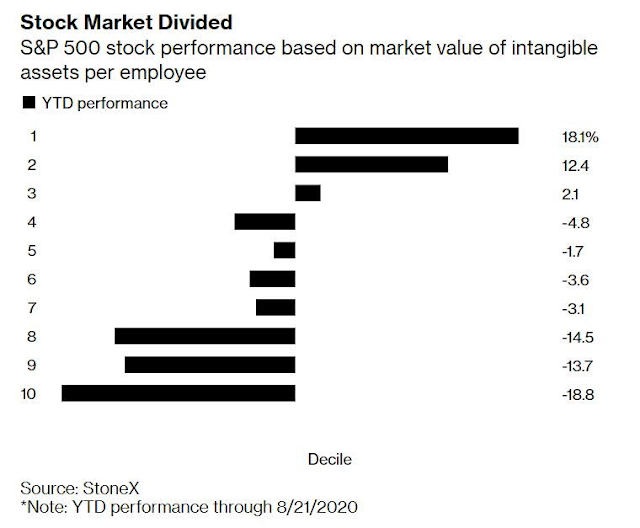 But if labor productivity is all that matters, and you don’t need any workers, where is the demand going to come from?

If you think that the key thing is demand, and that demand drives investment, driving productivity, then it’s not about declaring some tech companies winners and declaring everyone else as zombies that should die, it’s about fostering income equality to drive spending. 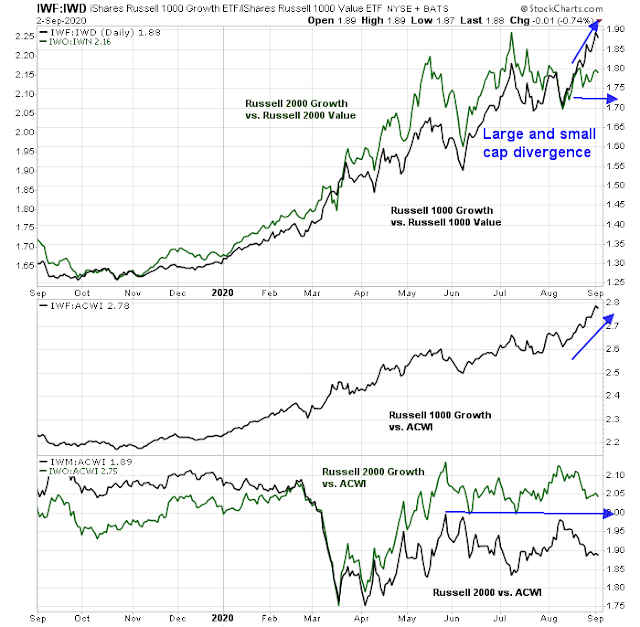 While these are not immediate bearish signals, they represent “under the hood” warnings of pending trouble in US equities.

As for the rest of the stock market, there are plenty of warnings from sentiment models. The Citi Panic-Euphoria Model is wildly euphoric, though readings are not as high as they were during the height of the dot-com bubble. 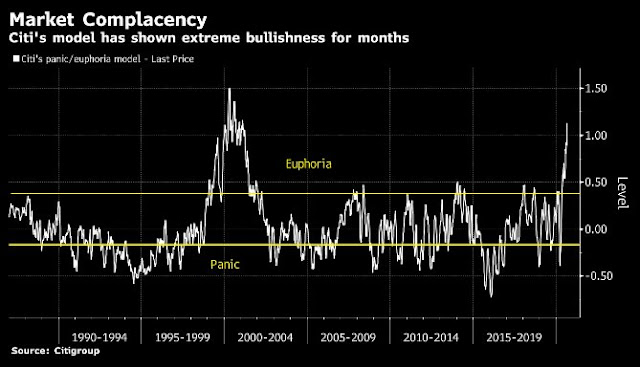 One reader alerted me to Willie Delwiche’s analysis of sentiment, where six out of eight models are bearish, with two in neutral. That’s another sign of extreme bullishness, which is contrarian bearish.

What is the “smart money” doing?

Other signals of market headwinds come from the behavior of the “smart money” crowd. One measure of “smart money” are corporate insiders, who have shown little tendency to step up and buy the shares of their companies. To be sure, insider trading works best mainly as a buy signal, when buying swamps selling as it did in March.

Another savvy investor is billionaire distressed investor Sam Zell, who said in a CNBC interview that “it’s really too early for the normal clearing process” to be buying right now, and  “there will be significant opportunities probably in Q4 or first quarter of next year”. Zell’s remarks about the “clearing process” is code that the market is being held up by fiscal and monetary support, and he is not ready to buy until he sees signs of distress.

Warren Buffett also told a similar story. He stated earlier in the year that while he saw signs of distress during the March COVID Crash, Berkshire Hathaway was unable to react and use its cash horde to make distressed buys because of official intervention.

Nevertheless, we have important signals from Buffett’s recent actions. Some gold bugs got very excited recently when Berkshire bought a position in Barrick Gold, but the position was relatively small and the decision was likely made by one of the Buffett’s lieutenants. More importantly, Berkshire recently disclosed new positions in five Japanese trading companies. Here is what we know about the purchases:

I interpret these statements to a decision to gain exposures into commodity business in a way that minimizes the cyclicality of the sector. I also recently pointed out the beaten up nature of energy stocks (see Here’s a way to energize your portfolio). Callum Thomas observed that the energy sector is now the smallest weight in the S&P 500 index, which is another signal of wash-out sentiment. 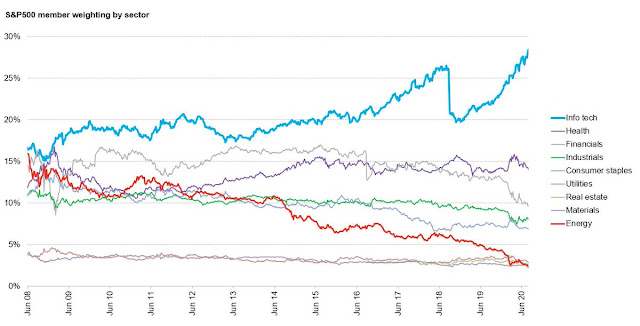 In conclusion, sentiment models are at crowded long extremes, and smart investors are not ready to buy yet. While US large cap growth is still dominant, cracks are appearing in its leadership, and smart investors like Warren Buffett are focusing on positions in the unloved commodity sector.

As a reminder, Big Tech comprises nearly 50% of S&P 500 weight, while the cyclical sectors are only 13% of the index. If and when we see a rotation from growth the value, financial stocks, which can be considered value stocks, are unlikely to participate significantly as long as the Fed suppresses interest rates and interest margins. While history doesn’t repeat, but rhymes, a leadership failure of US large cap growth will rhyme with the 2000 dot-com bubble top owing to the sheer differential in growth and value index weights. 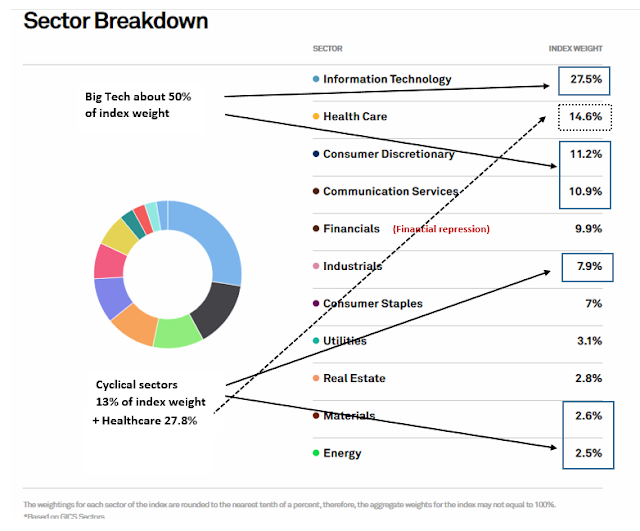 Analysis from BCA Research shows that the S&P Growth to Value ratio is the highest it’s been, ever. Moreover, rotations from growth to value have coincided with recessions and bear markets. 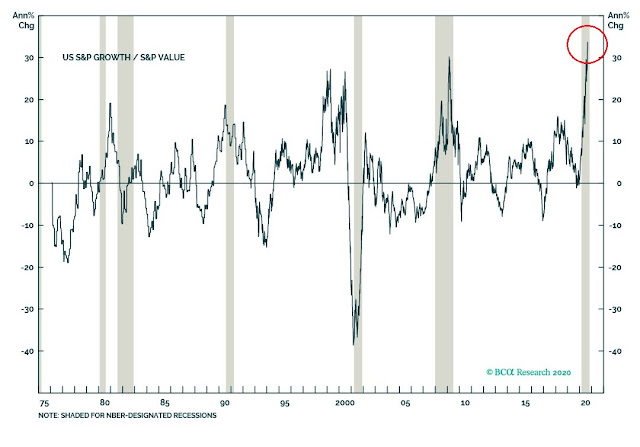 We are just waiting for the bearish trigger.