Time to buy Yom Kippur? – Humble Student of the Markets

Mid-week market update: There is a trader’s adage, “Sell Rosh Hashanah, Buy Yom Kippur”. As many in the Wall Street community are Jewish, staying out of the stock market during the Jewish high holidays may make some sense. Jewish traders and investors wind down at rosh Hashanah, the Jewish New Year, and return after Yom Kippur, the Day of Atonement, which is today.

Is it time to buy Yom Kippur.

Here is what’s bothering me about the “Sell Rosh, Buy Yom” narrative. The market has been undergoing an orderly decline. As a consequence, neither market internals nor sentiment has reached panic washout levels consistent with durable bottoms.

Here are just a few examples. The SPY/TLT ratio, which is a measure of risk appetite, has been falling, but it has not reached levels seen at past bottoms. 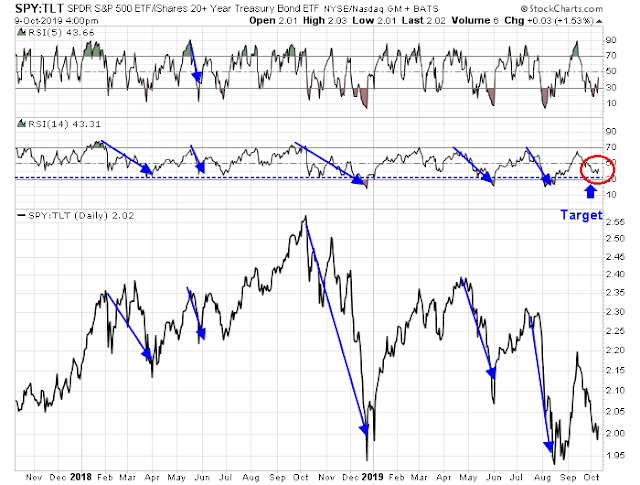 From a sentiment perspective, the ratio of the 5 day moving average (dma) of the equity-only put/call ratio (CPCE) to the 60 dma is also depressed, but it is just short of levels indicative of panic and capitulation. 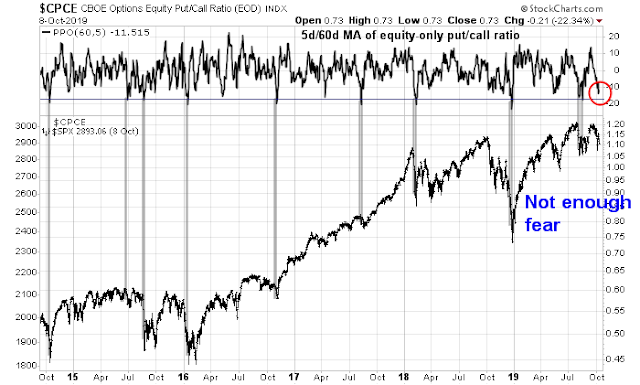 My own Trifecta Market Bottom Spotting Model is also nowhere near conditions indicating a high level of fear. 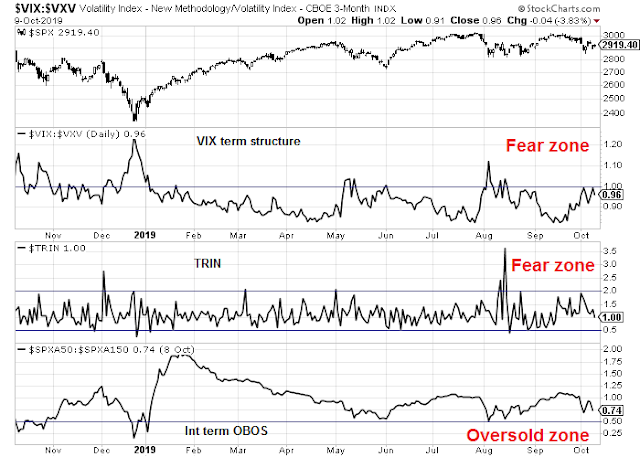 What I am watching

My interpretations of market sentiment and internals lead to a bearish tilt. If I am right, where will the pullback end? Arguably, it could stop at about 2880, or the 50% retracement. If the support from September breaks, the next level of Fibonacci retracement, or roughly in the area of the August lows, or possibly the intra-day August lows at 2820.

Here is what I am watching. The Value Line Geometric Index, which is an equal weighted and broadly based index of stocks, is very weak, and it is weaker than most of the major market indices. Will it break support shown in the chart shown below? As well, will other breadth indicators, such as % above 50 dma and % above 200 dma, break the support lines drawn? 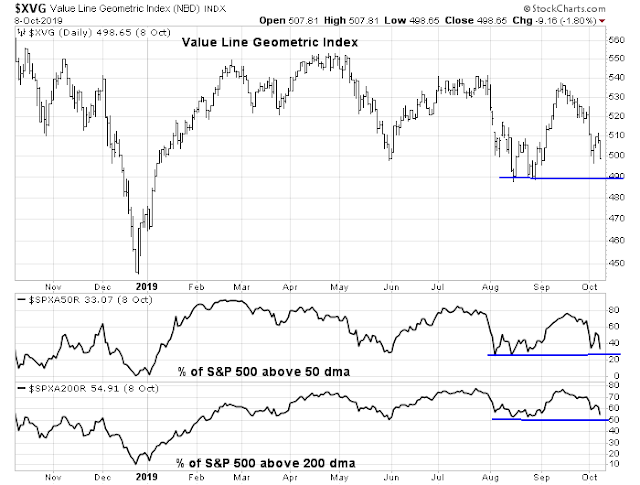 Watch the internals as they test support. If support were to break, it would signal a deeper correction.

My inner investor is defensively positioned. My inner trader initiated a small short position on Monday, with the idea that he would average in over the coming days. But he pulled back from his dollar averaging program with Tuesday’s decline. Your own mileage may vary, and it depends on your risk appetite.