How deep a pullback? – Humble Student of the Markets

Mid-week market update: Regular readers will know that I have been relatively cautious on the stock market outlook for several weeks, and my inner trader has been short the market since September 13, 2019 when the SPX was over 3000. The index violated the 50 dma, broke support at 2960 and filled the gap at 2940-2960 yesterday. The decline was sparked by a miss on ISM Manufacturing PMI, which Jeroen Blokland pointed out is closely correlated to stock prices.

Lost in the bearish stampede was the observation of IHS Markit economist Chris Williamson that Markit M-PMI had been strong; ISM had overstated growth during the 2016-18 period; and ISM is maybe understating growth now.

Divergence is possibly related to ISM membership skewed towards large multinationals. IHS Markit panel is representative mix of small, medium and large (and asks only about US operations, so excludes overseas facilities) 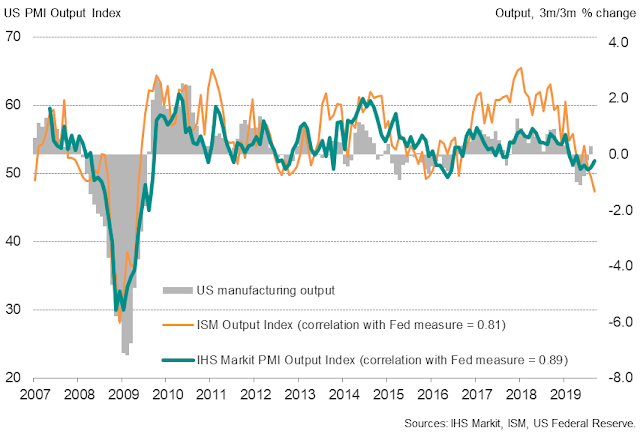 Is this just an over-reaction, or the start of a major pullback?

When analyzing the market, it is important to view the outlook in different time frames. From an intermediate term technical perspective, the weekly chart shows a recycle of the stochastic from overbought condition, which is a bearish signal. 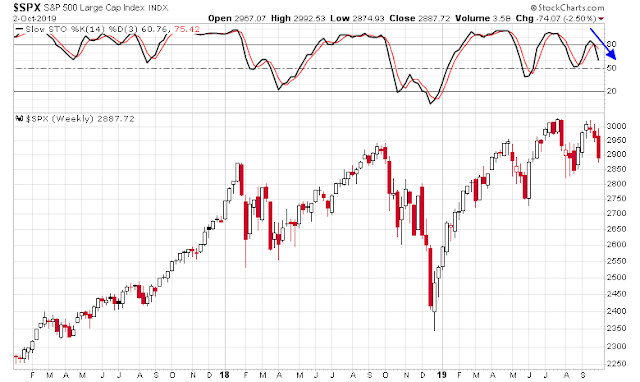 In addition, the stock/bond ratio depicted by the SPY/TLT chart shows that the 14-day RSI is not oversold yet. Historically, this measure has either reached a minimum of a near oversold condition before the market has bottomed. 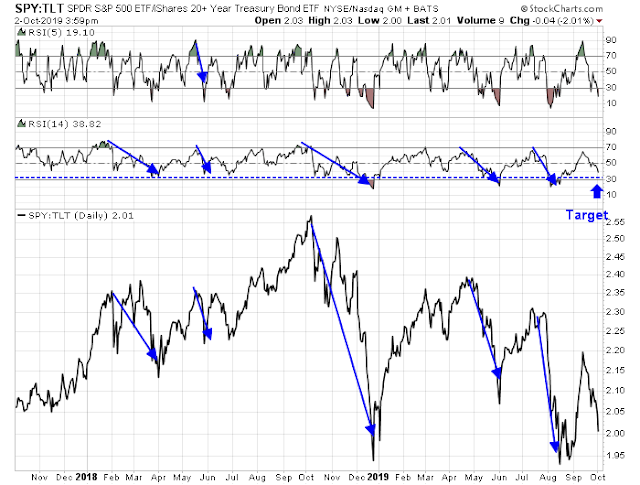 While these charts suggest greater downside risk, it is entirely possible that the market could rally first before making an ultimate low.

Subscribers received an email alert this morning before the market open that outlined my tactical trading decision tree. I had pointed out before that the VIX Index rising above its upper Bollinger Band has signaled a market oversold condition in the past. The only question is whether the VIX would mean revert today, or continue to rise and remain above its upper BB. 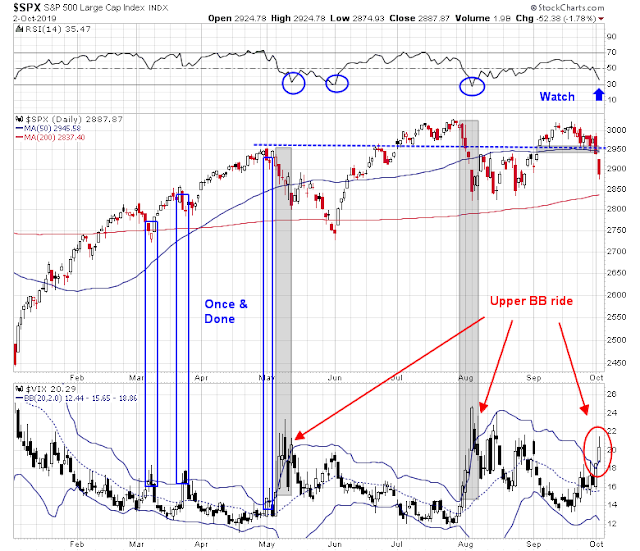 I also wrote in my email that I would cover my short position if the VIX were to recycle below its upper BB, and maintain my short if it were to go on an upper BB ride. We have our answer. The VIX Index is going on an upper BB ride, expect further weakness in the next few days. One sign to watch for is an oversold signal on the 14-day RSI, which has been a signal for a short-term bottom in the past.

Waiting for THE BOTTOM

Looking past the short-term outlook, it is difficult to see how the market could make a sustainable bottom at these levels. My Trifecta Bottom Spotting Model is hardly showing any signs of fear. 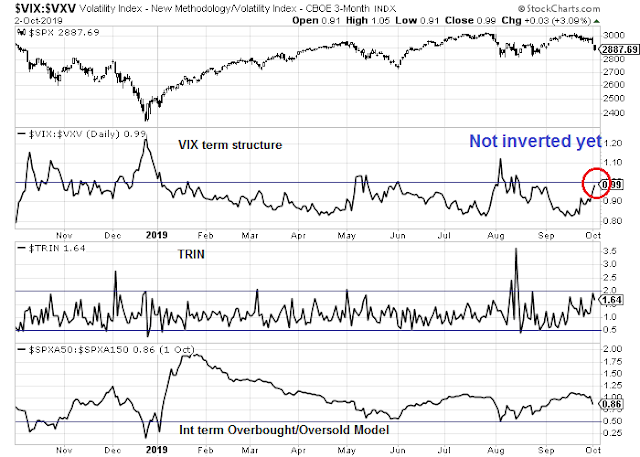 The Fear and Greed Index is falling, but readings are nowhere near panic levels. 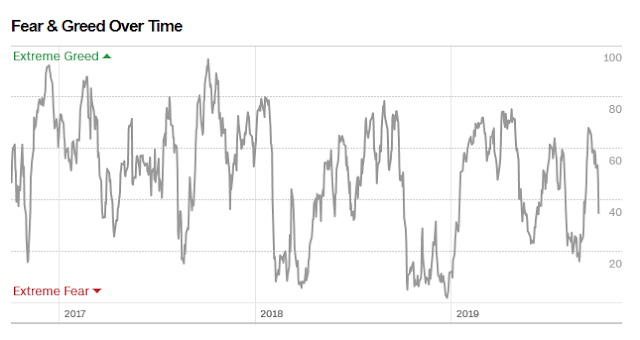 As well, the latest II Sentiment readings came in with a minor surprise. II Bulls edged up from 55.1% to 55.3%, which is unusual considering that the stock market had been declining for the past two weeks. 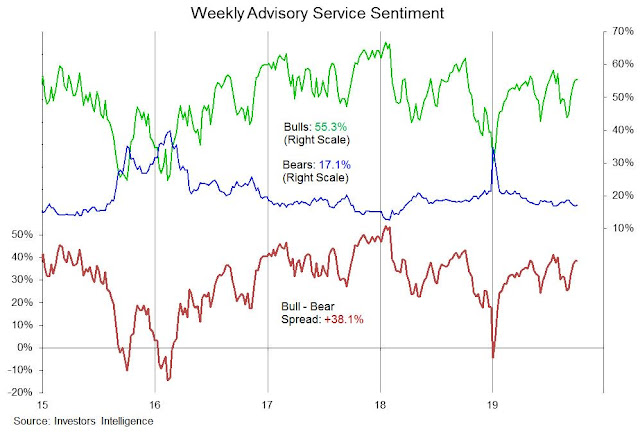 There is lots of opportunity for headline induced volatility ahead. The WTO has sided with the US in the Airbus dispute, and allowed $7.5B in retaliatory tariffs. BLS reports the September Jobs Report on Friday (see What to watch for in Friday’s Jobs Report). Chinese and American trade negotiators are expected to meet again next week. In addition, watch for the continuing saga of Impeachment Theatre.

Despite the dramatic sell-off seen in the last two days, I expect that the market will weaken further in the days and weeks ahead. My inner investor remains defensively positioned, and my inner trader is still short the market.

3 thoughts on “How deep a pullback?”