I am somewhat at a loss of why Trump is putting so much pressure on the Federal Reserve. In a recent CNBC interview, CEA chair Kevin Hassett projected that growth would rise again to 3% later this year. “Everything we see right now is teeing us up to have a year like last year – Q1 around 1.5% or 2%, then Q2 goes way north, carries you into a 3% year.”

After the BLS reported a strong than expected March Jobs Report last Friday, Donald Trump repeated his assertion that the Fed should shift to an easier monetary policy (via CNBC):

Commenting after a strong jobs report for March, Trump said the Fed “really slowed us down” in terms of economic growth, and that “there’s no inflation.”

“I think they should drop rates and get rid of quantitative tightening,” Trump told reporters, referring to the Fed’s policy of selling securities to unwind its balance sheet, a stimulus put in place during the financial crisis. “You would see a rocket ship. Despite that we’re doing very well.” 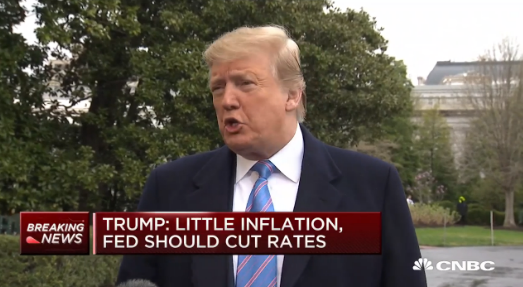 Robin Brooks of the Institute of International Finance believes that if economic growth remains on the current trajectory, the unemployment rate is destined to fall a lot lower. 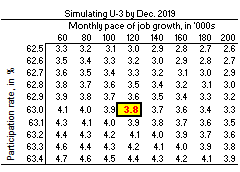 Do a 3% growth rate and a strong jobs market constitute good reasons for the Fed needs to ease in a dramatic fashion?

In addition, Trump announced that he is nominating economic commentator Stephen Moore and former pizza chain executive Herman Cain as governors of the Federal Reserve. The White House hopes that the additions would act as counterweights to the perceived hawkishness of Fed chair Jerome Powell.

As well, the WSJ reported that Cain cast doubt as to whether he would actually be confirmed by the Senate:

Herman Cain, President Trump’s latest choice for the Federal Reserve Board, expressed caution about his chances of making it through the vetting process that precedes a formal nomination.

In a video posted Friday evening to Facebook , Mr. Cain dwelled on the arduous nature of the background check conducted before the White House submits nominations to the Senate for confirmation.

“They have to collect an inordinate amount of information on you, your background, your family, your friends, your animals, your pets, for the last 50 years,” Mr. Cain said. He added that the endeavor would likely be “more cumbersome” in his case because he has held a large number of roles throughout his career.

Why is Trump putting so much pressure on the Fed?

Soon after Trump’s inauguration, I laid out a series of criteria for the economic success of Trump’s presidency (see Forget politics! Here are 5 key macro indicators of Trump’s political fortunes). By those yardsticks, Trump is performing quite well.

The economic success of the Trump presidency is based on the criteria as outlined by Newt Gingrich in a New York Times interview:

Trump has performed reasonably well based on the Gingrich criteria. First, there have been no major incidents of terrorism within US borders, at least the ones that matter in a political sense. As an example, the casualty count of the mass shooting in Las Vegas was much higher than that of the Boston Marathon bombing, but the prevailing political view is the latter poses a much bigger than to the safety of Americans.

I had created five economic yardsticks for the Trump administration based on the Bloomberg Intelligence economic criteria. Here is how he is performing a little over two years later. 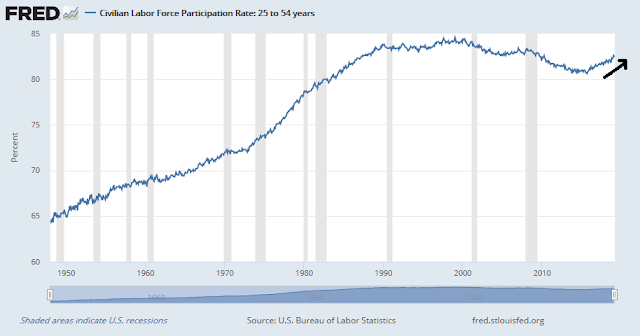 Trump promised good jobs. That means full-time jobs. Full time workers as a % of the labor force has been trending upwards. 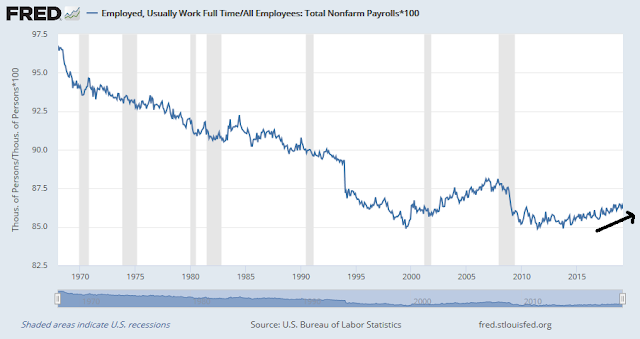 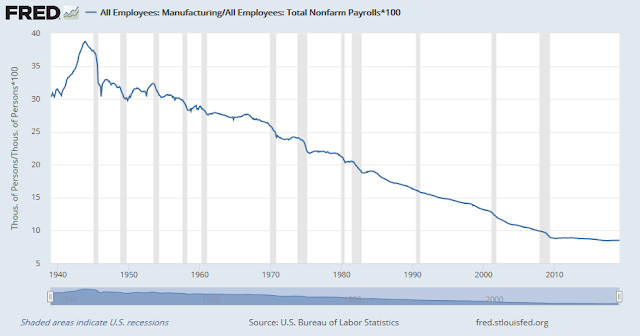 Trump promised a program of tax cut and deregulation would revitalize the economy and induce companies to repatriate offshore profits, and raise capital expenditures. Did it? Not really. The capex to GDP ratio has been flat. 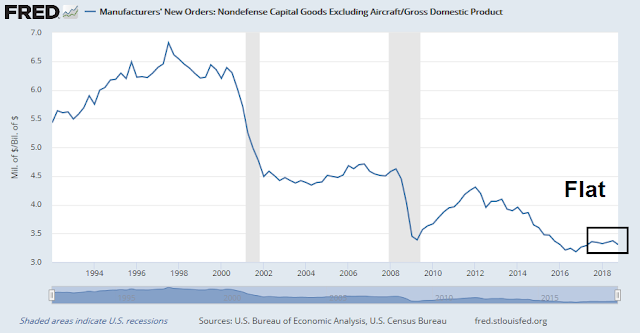 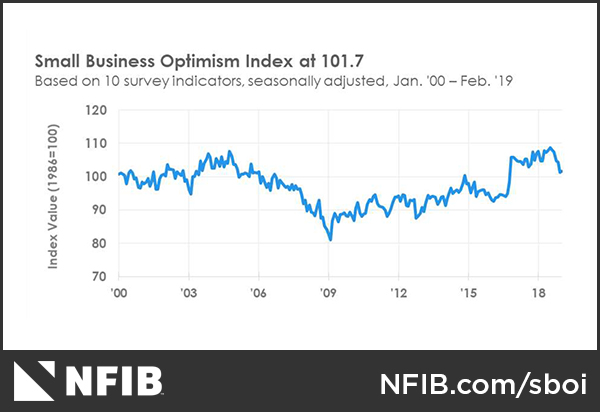 We saw a similar pattern in small business sales and expectations. 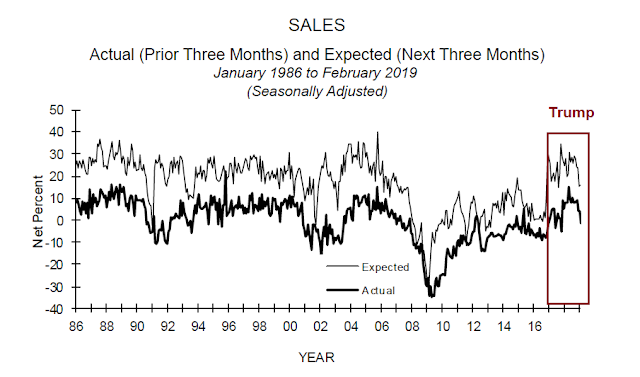 While I recognize that Donald Trump is a highly polarizing figure. In an alternate universe, if this was the record of any other Republican occupant of the White House, such as Marco Rubio, Jeb Bush, Mitt Romney, just to name a few, the administration’s economic record would be judged to be a success. While there are some inevitable hits and misses, the grade would be, at a minimum, a solid B.

It is with that report card in mind that I pose the following puzzle. The jobs are coming back. The economy is growing at a reasonable pace. Why is Trump squeezing the Fed so hard?

He is already winning on the economy. Stock prices are up about 33% on an un-annualized total return basis since his inauguration. 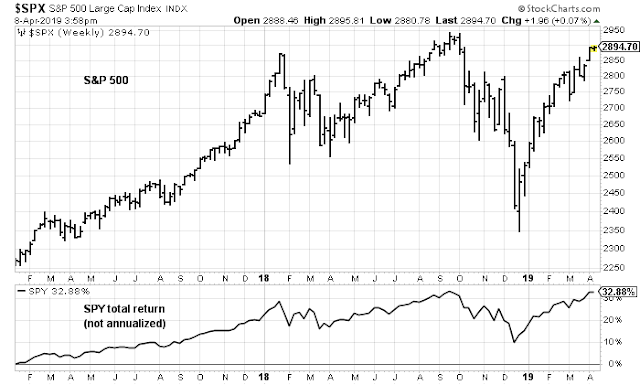 Is he just trying to run up the score as a form of insurance? 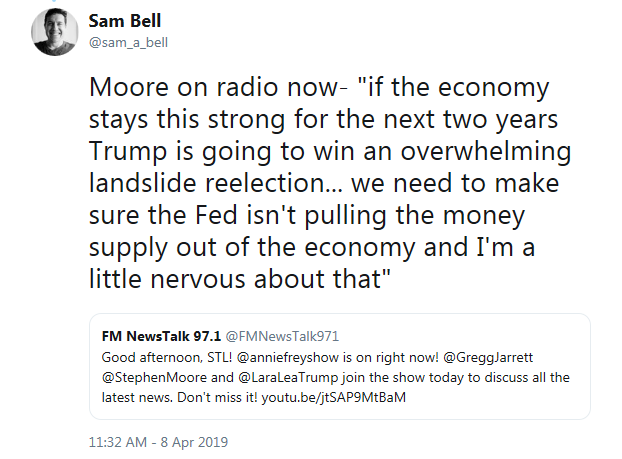 If so, the insurance will costing him a lot of political capital.