Wall Street: Where the Wild Things are – Humble Student of the Markets

Mid-week market update: There is a children’s book called Where The Wild Things Are by Maurice Sendak that stands as a metaphor for the stock market’s action. Here is a summary from Wikipedia:

This story of only 338 words focuses on a young boy named Max who, after dressing in his wolf costume, wreaks such havoc through his household that he is sent to bed without his supper. Max’s bedroom undergoes a mysterious transformation into a jungle environment, and he winds up sailing to an island inhabited by malicious beasts known as the “Wild Things.” After successfully intimidating the creatures, Max is hailed as the king of the Wild Things and enjoys a playful romp with his subjects. However, he starts to feel lonely and decides to return home, to the Wild Things’ dismay. Upon returning to his bedroom, Max discovers a hot supper waiting for him.

A number of films have been made from the story, including a full length feature movie. Here is a animated short from Youtube (click link if the video is not available).

Here is the bull case. From a technical perspective, the SPX is tracing out a bullish cup and handle formation. If the market were to stage an upside breakout from resistance, the measured target is about 3050. That target is consistent with my past analysis using point and figure charting that yielded upside targets of between 3000 and 3100 (see How far can this rally run?).

Market breadth is also supportive of new highs. Various flavors of advance-decline lines, such as the NYSE, SPX, and so on, have already achieved all-time highs, indicating broad based strength.

There is also fundamental and top-down macro support for higher prices. As we enter into Q2 earnings season, corporate guidance is highly upbeat, which should make for an excellent reporting season. 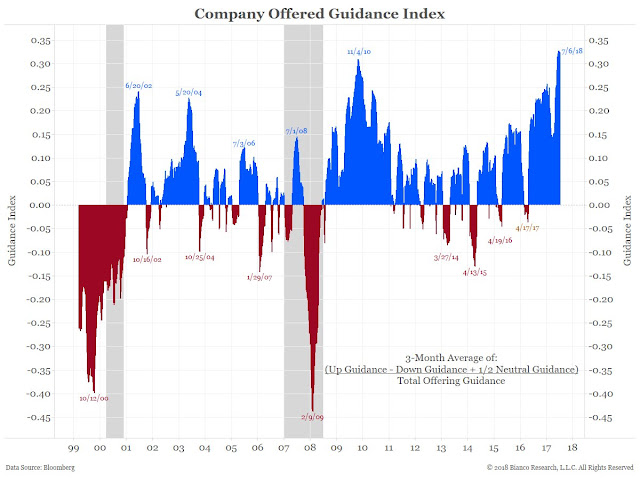 NFIB small business confidence remains very strong, which should be supportive of small cap performance. I would also add that the key vulnerability of the economy to a trade war is business confidence. So far, confidence is holding up well in the face of trade concerns. 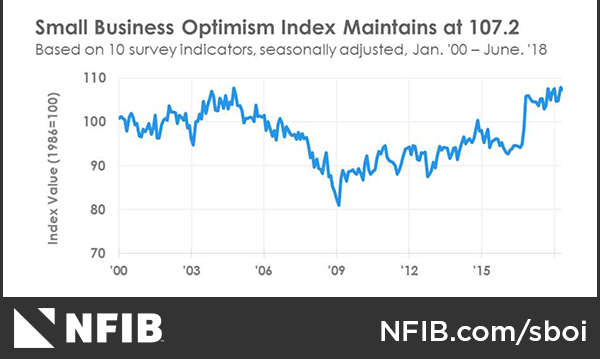 The economic nowcast is on fire. The Atlanta Fed’s Q2 GDPnow stands at 3.8%, the New York Fed’s nowcast is 2.8%, and the St. Louis Fed’s nowcast is 3.4%. In addition, Jim O’Sullivan of High Frequency Economics observed that the elevated (and exaggerated) NFIB confidence level is consistent with 6% GDP growth. 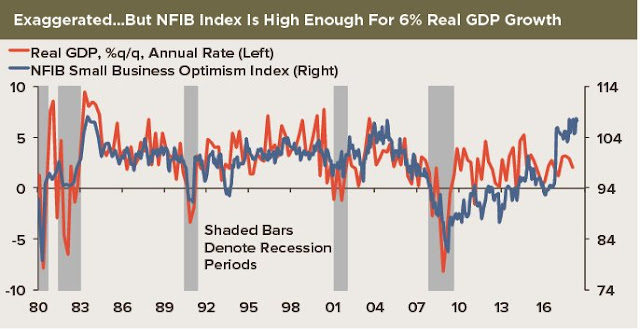 Despite the roaring nowcast and evidence of fundamental momentum, a case could be made that the market setting is the equivalent of Max preparing to leave the island of Wild Things. In particular, metrics of risk appetite look unhealthy and they appear to be rolling over.

Exhibit A is the performance of the price momentum factor, which has breached a relative uptrend. In addition, the relative returns of high beta (SPHB) compared to low volatility (SPLV) remains range bound. If the animal spirits are running wild, shouldn’t we be seeing evidence of this in the risk appetite indicators? 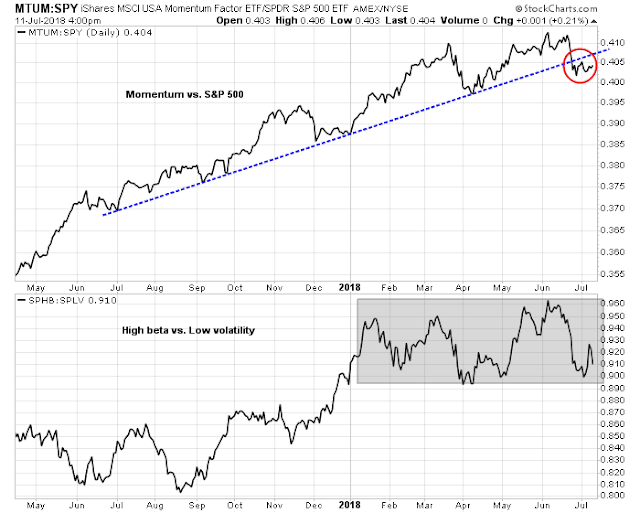 Similarly, risk appetite cracks are showing up in the credit markets. High yield (HY), or junk bonds, are exhibiting a negative divergence with stock prices. In addition, investment grade (IG) bonds have been underperforming for the last few months, which is another red flag. 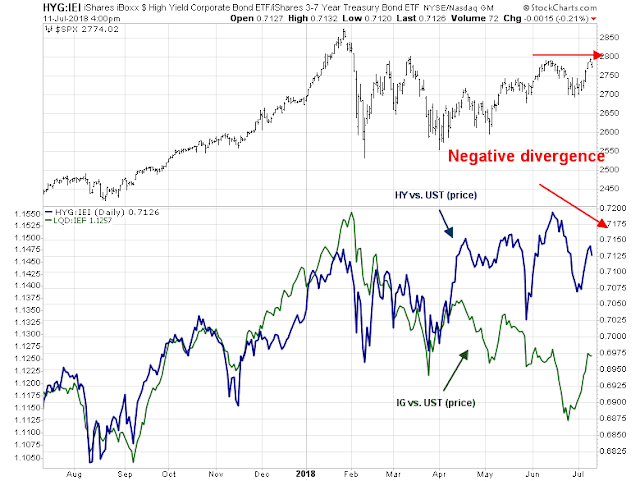 I resolve the bull and bear cases this way. I interpret the deterioration in risk appetite as an intermediate term cautionary flag. In the short run, a last gasp momentum can still carry stock prices to new highs. I agree with Kevin Muir of The Macro Tourist about his misgivings about the stock market, but current intermediate term sentiment and positioning is just a little too bearish for the market to crash here.

Although I am worried the moment I bare my soul about my lack in faith of any meaningful dip happening soon the Rosenberg-Gundlach decline will begin, I can’t help but lay it out on the table. I know all the reasons why the stock market should go down. The investor in me agrees 100% with the skeptics who worry we are late-cycle and that risks are rising. But the trader in me is even more concerned that everyone is already positioned for this outcome. Markets often go where they will hurt the most and make the majority look foolish. That path is higher – not lower.

Tactically, today’s muted response to the latest round of trade war angst in the US equity market, which fell -0.7% compared to losses of over 1% in Europe and Asia, is encouraging for the bull case. The hourly SPX chart shows an initial Fibonacci retracement support at about 2755, with further support at the 50% retracement level and former breakout-turned resistance at about 2740.

In all likelihood, these support levels will be tested. There is also a gap at 2762-2768 that is itching to get filled on weakness. As well, CNBC reported that Bespoke found that stock market returns tend to be subpar during the World Cup, which will not be complete until later this weekend.

Should the index test these support levels in the coming days, equally important will be the cues from non-US markets. Will their behavior be supportive of bullish or bearish momentum?

On the other hand, the bull case depends on the completion of the cup and handle formation with an upside breakout. If the market can decisively break out from resistance at 2800, then the bull case becomes much stronger, and we could see the index at 3000-3100 over the summer. I would then watch for the signs of a top once the Fear and Greed Index reaches overbought levels. 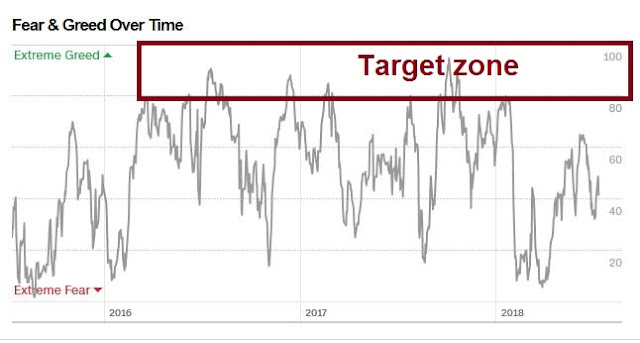 My inner trader is cautiously bullish and he is giving the bull case the benefit of the doubt. He took partial profits earlier this week as part of his risk control discipline when readings became short-term overbought. He is prepared to add to his long positions on a pullback.

4 thoughts on “Wall Street: Where the Wild Things are”