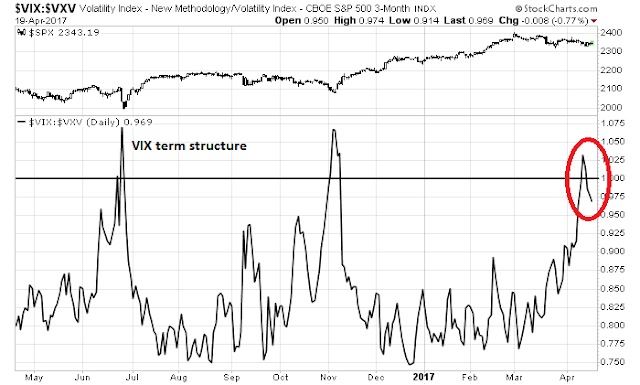 I went back to November 2007 and studied past instances of this buy signal. Historically, such episodes have resolved themselves bullishly. 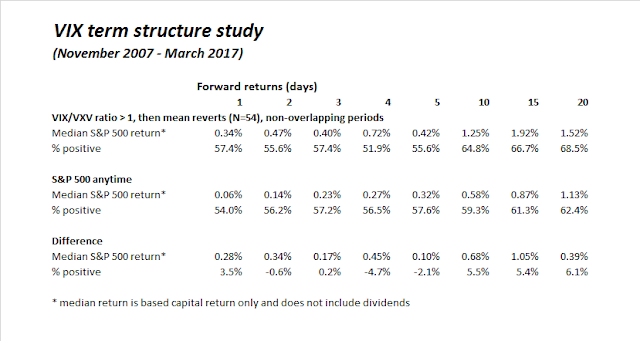 That’s not all! There is more good news from the VIX for the bulls.

I have written before about the VIX Index rising above its upper Bollinger Band (BB) as a setup for a buy signal (see A capitulation bottom?). Last week, we saw the VIX rise above its upper BB. On Monday, it mean reverted to neutral. 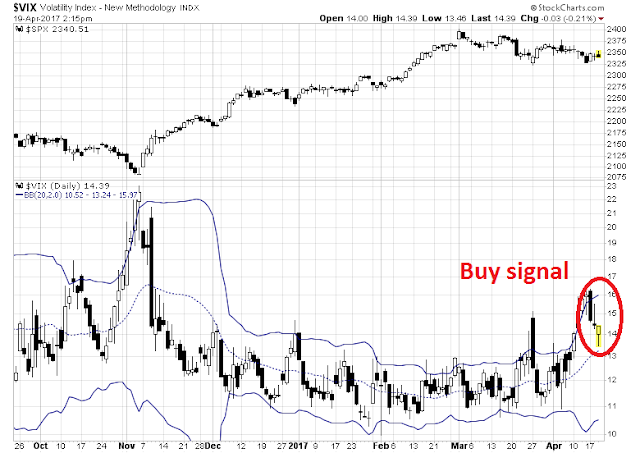 Historical studies show that the odds are with the bulls when the market flashes this buy signal. 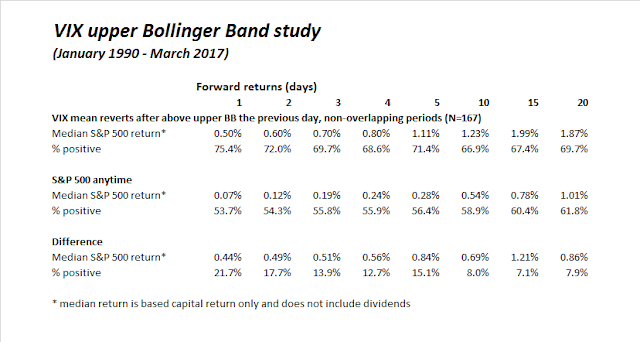 In addition, we are also seeing the rare condition of not only the VIX Index rising above its daily BB, but the weekly VIX above its BB (see Buy! The party is still going strongly). Should the VIX close at or near current levels, we will have a buy signal based on a weekly time horizon. The chart below shows that there were 8 signals in the last 5 years. This has been unabashedly bullish. With the exception of the double dip to test the lows in 2015, the market went straight up in all of the other cases. 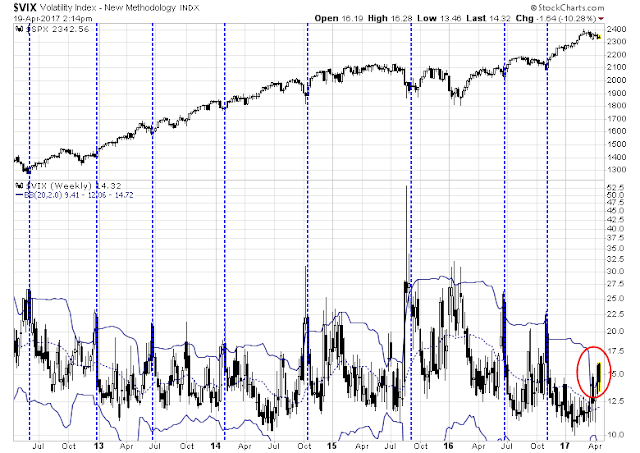 VIX spikes in a market uptrend

Finally, CNBC reported that Ari Wald of Oppenheimer found that VIX spikes while the market is in an uptrend, defined as the index above its 200 dma, it tends to foretell a period of turbocharged equity returns:

“We think you have to use these market pullbacks to add to your exposure; we think the bull market is intact,” Wald said Monday in an interview on CNBC’s “Trading Nation.”

Since 1990, when this signal between the VIX and the market is triggered as it was last Thursday, the average gain over the next six months has been 8 percent, versus 4 percent for any six-month period. 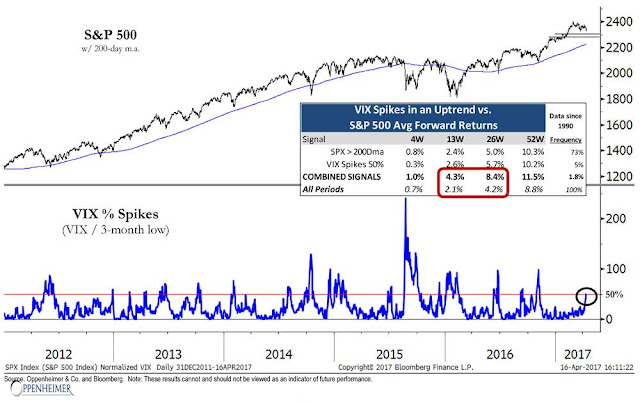 In summary, differing interpretations of the VIX Index are all telling the story that we are seeing the start of a relief rally. What is puzzling about the current market environment is the lack of bullish follow through. Past bounces off oversold conditions have seen powerful upside momentum, which is not currently in evidence.

However, different measures of risk appetite continue to look positive, which is constructive for the bullish outlook. I will be keeping an eye on these metrics and would become more defensive if these internals were to deteriorate. 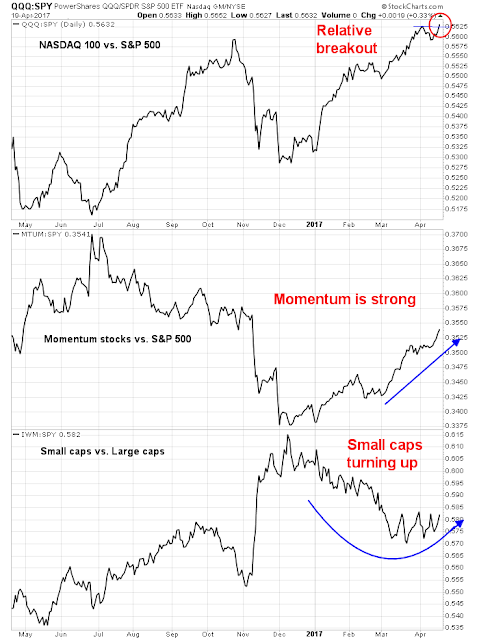