Mid-week market update: Regular readers will know that I have been tactically cautious on the market for several weeks, but can the blogosphere please stop now with details of how many days it has been without a 1% decline? 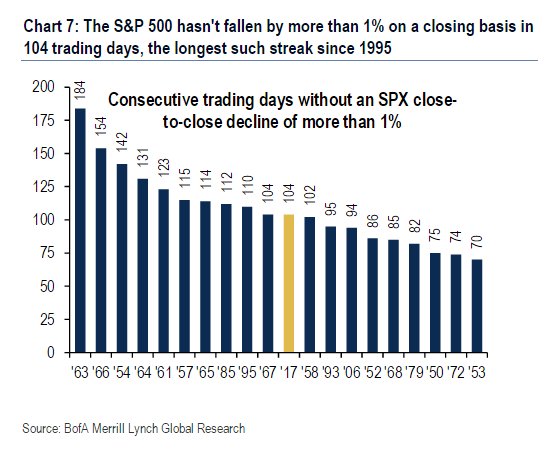 The market fell -1.2% on Tuesday with no obvious catalyst. Despite today’s weak rally attempt, Urban Carmel pointed out that the market normally sees downside follow-through after 1% declines after calm periods. 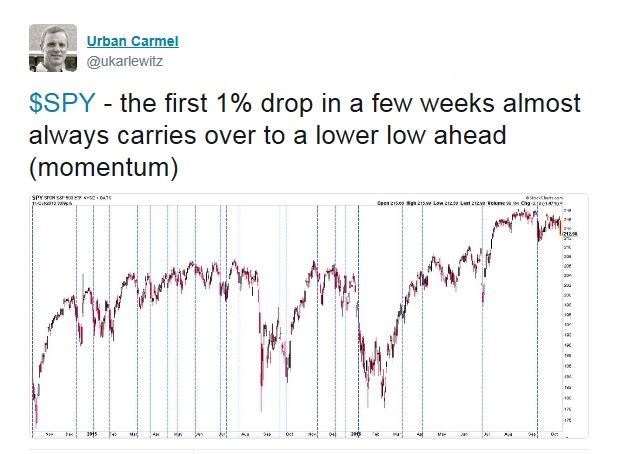 Within that context, I offer the following three approaches to spotting a possible market bottom, with no preconceived notions about either the length or depth of the correction.

The Zweig Breadth Thrust (ZBT) was originally conceived by Marty Zweig as a momentum buy signal for markets rocketing upwards (via Steven Achelis at Metastock):

However, the setup for a ZBT can be a useful signal of a deeply oversold market. While we are not there yet, It is something to keep an eye on (use this link if you want to follow along at home). 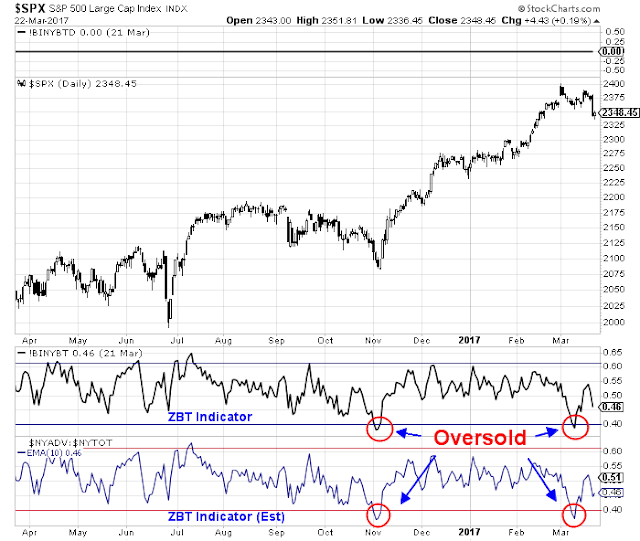 The recent low level of the VIX Index, at least by historical standards, has been puzzling. Nevertheless, the VIX does tend to spike during periods of market stress, and this episode should be no different.

I have been watching for an oversold condition, defined as the VIX rising above its upper Bollinger Band. So far, that hasn’t happened yet. 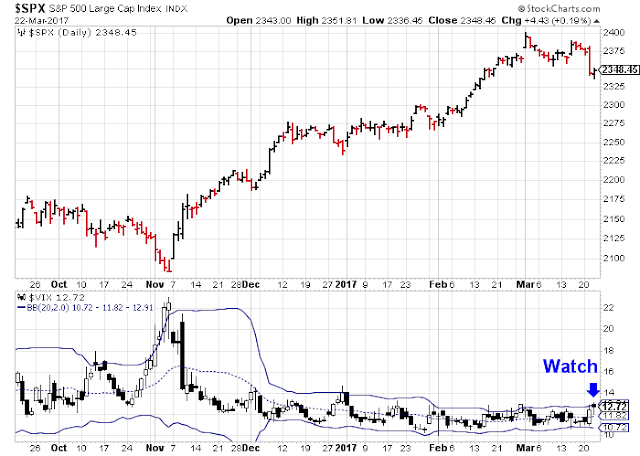 A mean reversion below the upper BB once the VIX has achieved the market oversold reading has been a reliable buy signal, as this study shows. 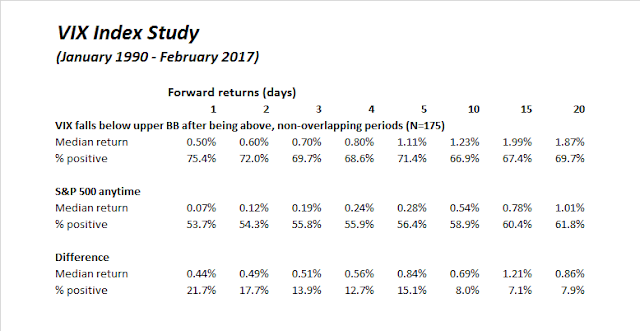 If you want to follow along at home, use this link for real-time updates.

Finally, regular readers will be familiar with my Trifecta Bottom Spotting Model (click link for full details). The model uses the following three components to see if a market is oversold:

In the past, the simultaneous trigger of all three components within a 2-3 day window of each other has been an uncanny signal of a market bottom. Even the trigger of two of the three components, which I call an Exacta Signal, has been pretty good. Right now, we are nowhere close (click this link if you want to follow along at home). 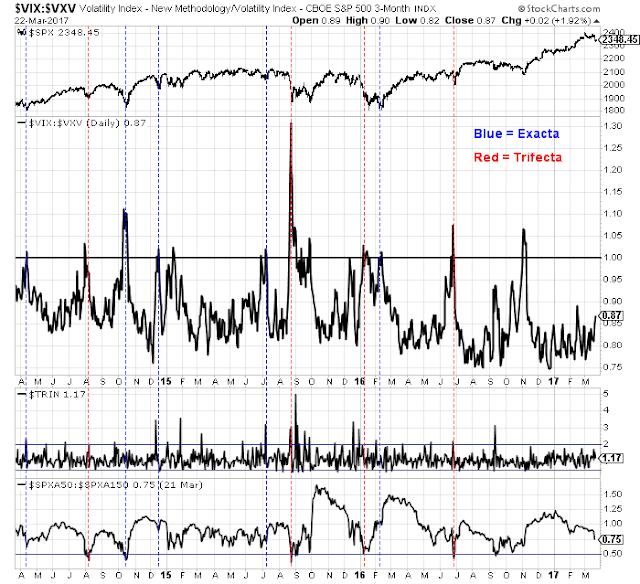 The caveat to the Trifecta Bottom Spotting Model, as well as all of the other models, is that they are oversold indicators. Oversold markets can, and do, get more oversold. So these models not totally infallible. Nevertheless, the use of these three tools should be able to allow traders to spot the likely inflection points in this market.

My inner trader has been short the market, and he is enjoying the ride.