We are all helicopter pilots now – Humble Student of the Markets

In Ben Bernanke’s famous 2002 helicopter speech, he made the point that the Fed has numerous tools to fight deflation, even if interest rates was at the zero bound:

The U.S. government has a technology, called a printing press (or, today, its electronic equivalent), that allows it to produce as many U.S. dollars as it wishes at essentially no cost. By increasing the number of U.S. dollars in circulation, or even by credibly threatening to do so, the U.S. government can also reduce the value of a dollar in terms of goods and services, which is equivalent to raising the prices in dollars of those goods and services. We conclude that, under a paper-money system, a determined government can always generate higher spending and hence positive inflation.

He went on to say that the coordination of fiscal and monetary policy amounted to a helicopter drop of money:

Each of the policy options I have discussed so far involves the Fed’s acting on its own…A money-financed tax cut is essentially equivalent to Milton Friedman’s famous “helicopter drop” of money.

In more prosaic and realistic terms, a “helicopter drop” of money is an expansionary fiscal policy—an increase in public spending or a tax cut—financed by a permanent increase in the money stock. To get away from the fanciful imagery, for the rest of this post I will call such a policy a Money-Financed Fiscal Program, or MFFP.

He concluded that helicopter money is not necessary in the US, but they may be useful tools in other parts of the world:

Money-financed fiscal programs (MFFPs), known colloquially as helicopter drops, are very unlikely to be needed in the United States in the foreseeable future. They also present a number of practical challenges of implementation, including integrating them into operational monetary frameworks and assuring appropriate governance and coordination between the legislature and the central bank. However, under certain extreme circumstances—sharply deficient aggregate demand, exhausted monetary policy, and unwillingness of the legislature to use debt-financed fiscal policies—such programs may be the best available alternative. It would be premature to rule them out.

Consider the Bernanke helicopter money prescription. The government spends by borrowing and the central finances the spending by buying up the debt and printing money. It sounds positively Japanese. Abenomics, anyone?

It is also sounding European. Long time readers may recall that I wrote about the Draghi Grand Plan to save the eurozone (see Mario Draghi reveals the Grand Plan written February 26, 2012). Draghi talked about his solution for Europe in a WSJ interview. His Grand Plan consisted of the following elements:

In a subsequent speech on October 14, 2014 at the Brookings Institute, Draghi unveiled his Grand Plan 2.0. In my post The Draghi Grand Plan 2.0, I wrote:

In other words, the addition of fiscal tools to monetary policy as a way of reviving growth in the eurozone. The Draghi proposal doesn’t go as far as Bernanke helicopter money, largely because the *ahem* Growth and Stupidity Pact doesn’t allow for wild fiscal spending and the ECB mandate doesn’t allow for debt monetization. Nevertheless, it is a step in the right direction.

The ECB seems to be trying to nudge eurozone governments in that direction. Last week, Francois Villeroy de Galhau of the Banque de France called for the creation of a eurozone finance minister:

“Clearly monetary policy cannot be a substitute for economic policy coordination or the lack of reforms,” Villeroy de Galhau told a conference in Paris.

“The most urgently needed part of EMU reform is to set up a strong institution, led by a euro area finance minister, to fully coordinate national fiscal and structural polices,” he added.

Villeroy de Galhau, who heads the Bank of France, made no comments on current monetary policy in his speech.

The creation of such a post would be a crucial first step in the coordination of eurozone-wide fiscal policy:

He said the main tasks of the Eurozone finance minster would be prepare a collective economic strategy for the euro area, supervise its implementation and to oversee a “Convergence Fund” that could evolve into a euro-area budget.

Noting that studies have shown that poor economic coordination may have cost the euro area between 2% and 5% of GDP since the financial crisis, Villeroy de Galhau said “economic policy as a whole, not central banking alone, is indeed the only game in town.”

As Draghi is used to saying when he cooks up his schemes, in very a typical ECB fashion: “Sequencing, sequencing…”

When outsiders look at Europe, they see a continent of bickering countries held together by a mish-mash of rules that appear to be sub-optimal and inhibit growth. When I look at the European Union, I see a continent determined to avoid the deadly wars of the last couple of centuries, held together by a number of so-called flexible rules that can be bent through back-room negotiations. I have no doubt that in the next crisis, we will see some form of helicopter money in Europe.

Ray Dalio of Bridgewater Associates wrote an essay in February of how he thought fiscal and monetary policy would eventually evolve. Negative rates won’t work. The answer was some form of helicopter money:

As a result, Monetary Policy 3 will have to be directed at spenders more than at investors/savers. In other words, it will provide money to spenders and incentives for them to spend it. How exactly that will work has to be determined. However, we can say that the range will extend from classic fiscal/monetary policy coordination (in which debt to finance government spending will be monetized) to sending people cash directly (i.e., helicopter money), and will likely fall somewhere between these two (i.e., sending people money tied to spending incentives).

To be clear, we are not describing what will happen tomorrow or what we are recommending, and we aren’t sure about what will happen over the near term. We are just describing a) how we believe the economic machine works, b) roughly where we believe that leaves us, and c) what these circumstances will probably drive policy makers to do—most importantly that central bankers need to put their thinking caps on.

The evolution of policy direction seems clear. When push comes to shove, we will see helicopter money in the next crisis. 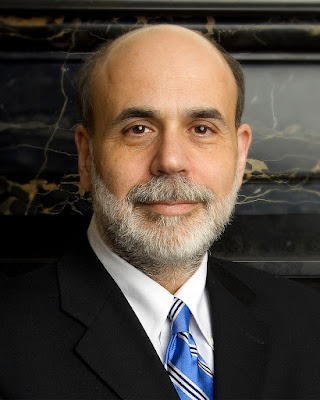 Richard Nixon famously once said, “We are all Keynesians now.” Today, we are all becoming helicopter pilots now.

9 thoughts on “We are all helicopter pilots now”