Trading the FOMC pattern – Humble Student of the Markets

Mid-week market update: Even though the sample size is small (n=4), the stock market seems to be repeating the FOMC meeting pattern of 2022. The pattern consists of weakness into an FOMC meeting and a rally afterward. The post-meeting rally in May fizzled out quickly but the others were more sustainable.

The S&P 500 is now testing support after breaking out. If the market were to rally, gap resistance can be found at 3980-4020. Is there any more life left in the current rally? Will the market decline into the next FOMC meeting scheduled for July 26-27?

While it is true that the market retreated from a short-term overbought condition and prices would weaken further from current levels, excessively bearish sentiment will act to put a floor on prices. II sentiment improved this week but remains at a bearish extreme. 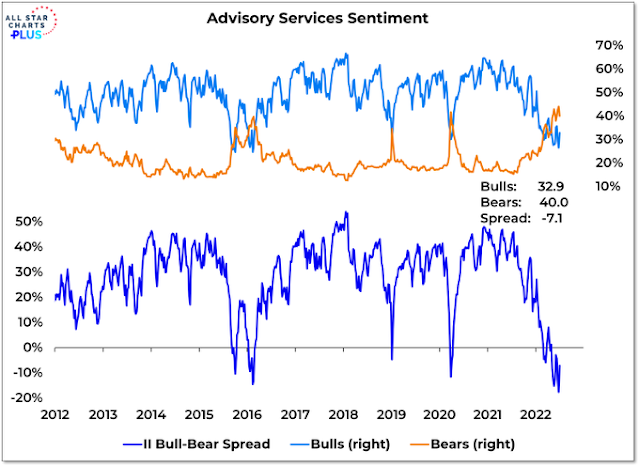 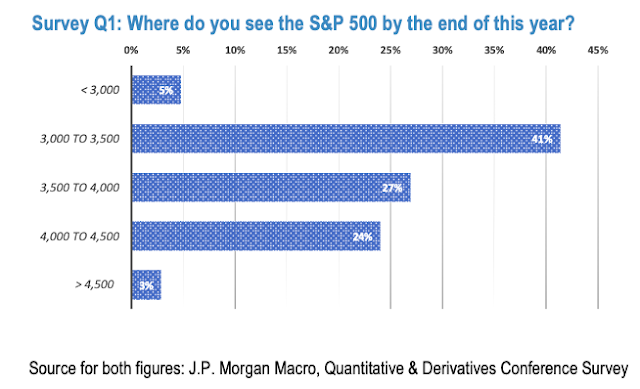 Macro Charts pointed out that aggregate futures positioning is at a record low. 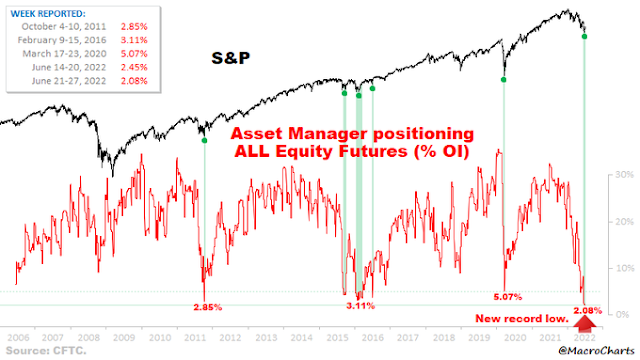 Outside of a cataclysmic event such as California getting hit with the BIG ONE and sliding into the sea, markets simply don’t crash with sentiment at such extremes.

While there are no guarantees, if the market were to follow the FOMC pattern, watch for a peak about 10 days before the next FOMC meeting, which takes us to mid-July. Tactically, I would stay bullish and watch for an overbought condition in the NYSE McClellan Oscillator. 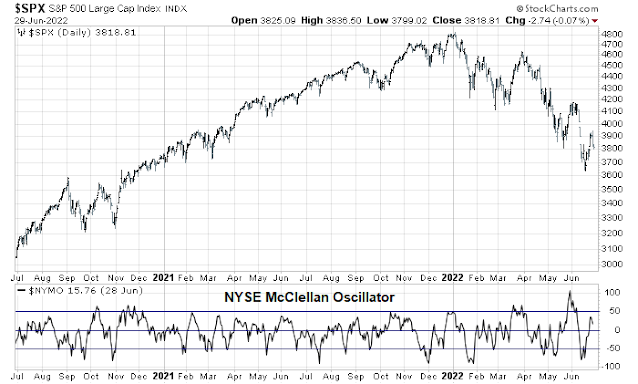 My inner investor is still cautiously positioned but he will nibble away at positions should the market weaken. My inner trader is on the sidelines. It’s too late to buy but too early to short.

19 thoughts on “Trading the FOMC pattern”