Another Omen warning – Humble Student of the Markets

Mid-week market update: In case you missed it, the market recently flashed a Hindenburg Omen last week. The criteria for the Omen was succinctly explained by David Keller as: 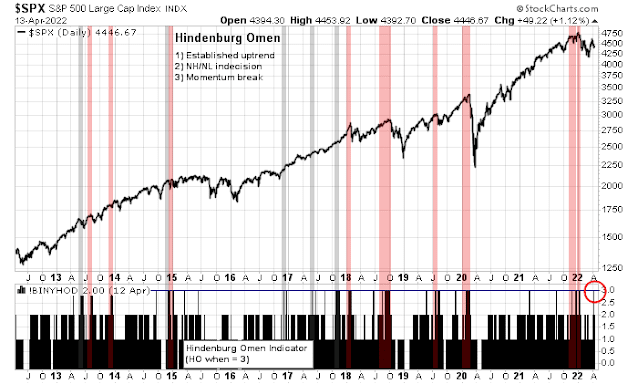 To be sure, Hindenburg Omens aren’t bearish until we see a cluster of Omen signals within a short period. Since last week’s Omen was a singular event, we should only treat it as a warning and not an actionable signal.
Instead of a sharp expansion in individual stock new highs and lows, Willie Delwiche observed a sharp bifurcation in new highs and lows by industry, which is not surprising in light of the current backdrop of weak economic growth expectations and strong commodity strength. While such an instance does not have the other criteria of the Hindenburg Omen, historically such episodes have shown a negative price bias on a 4-week horizon. 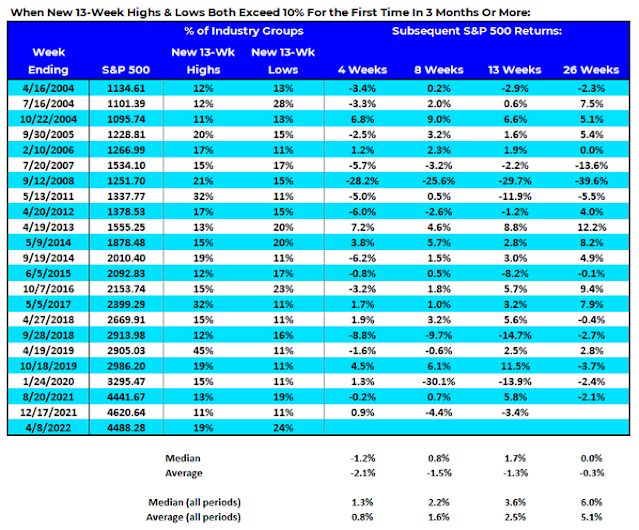 Sentiment models show a mixed picture. While survey data is not at a bearish extreme, positioning data indicates a crowded short. The latest BoA Global Fund Manager Survey shows that institutional managers are extremely pessimistic about global growth (light blue line), their equity positioning is cautious but not at a panic extreme. Watch what they do, not just what they say. 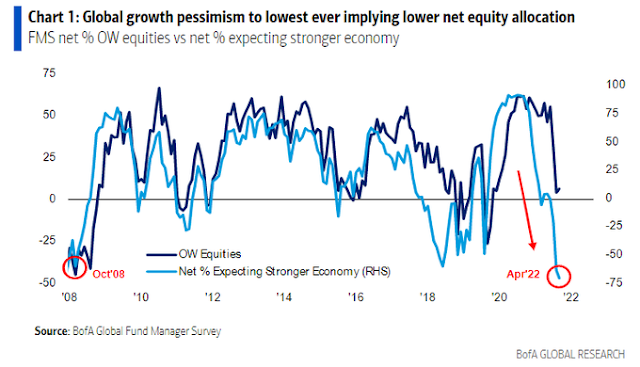 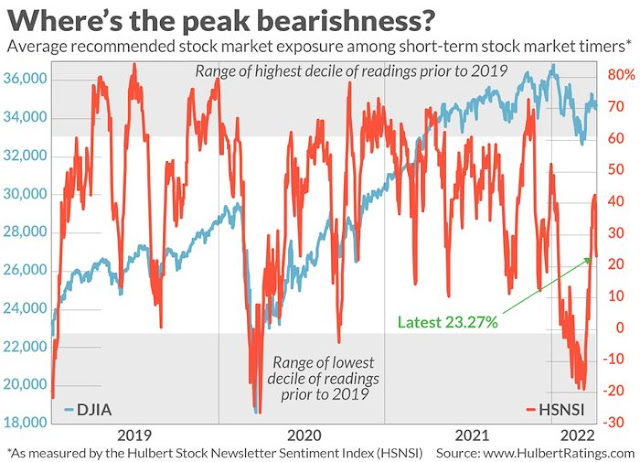 On the other hand, a report from Morgan Stanley Prime Brokerage found that hedge fund net leverage had fallen to the second percentile on a one-year lookback and a seventh percentile since 2010. If the large fast-money crowd is already that bearish, selling will have to come from different sources to drive stock prices down.

As well, the BoA Bull & Bear Indicator, which is a contrarian model mainly on sentiment-like signals, is very close to a buy signal at 2.1.

I interpret these readings as intermediate-term bearish, but the market may be due for a short-term pause. The usually reliable S&P 500 Intermediate-Term Breadth Momentum Oscillator flashed a sell signal on Monday, indicating the path of least resistance is down. 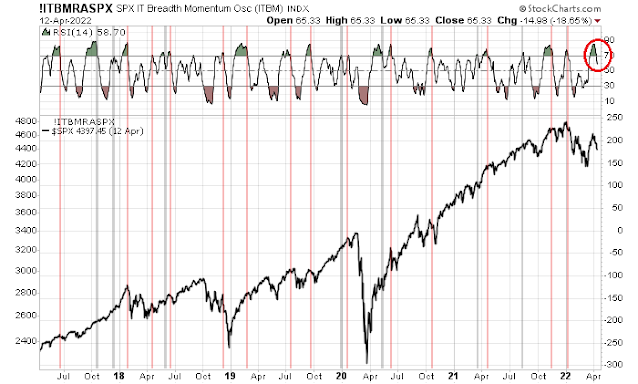 My inner investor is cautiously positioned. My inner trader initiated a short position last week and he expects to hold it until the NYSE McClellan Oscillator reaches an oversold condition. 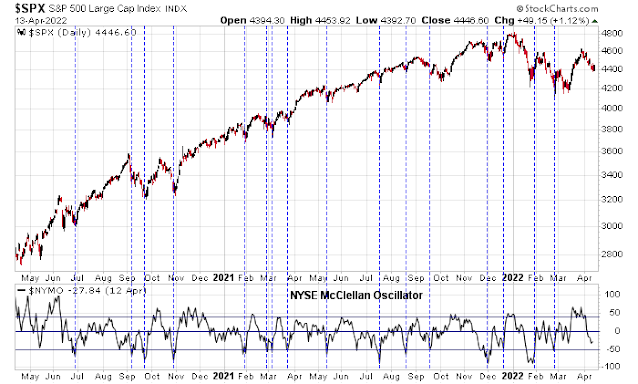 Stay with the bearish momentum, but beware of bullish reversals.
Disclosure: Long SPXU

20 thoughts on “Another Omen warning”