Mid-week market update: There had been some recent buzz around the positive effects of price momentum on stock prices (see The breadth thrust controversy). In particular, Ed Clissold at NDR highlighted several breadth thrust buy signals, which are based on the positive effects of price momentum. Since then, the equity rally has fizzled and the major market indices across all market cap bands are struggling just below key resistance levels. More importantly, today’s weakness left the S&P 500 just below its 200 dma. 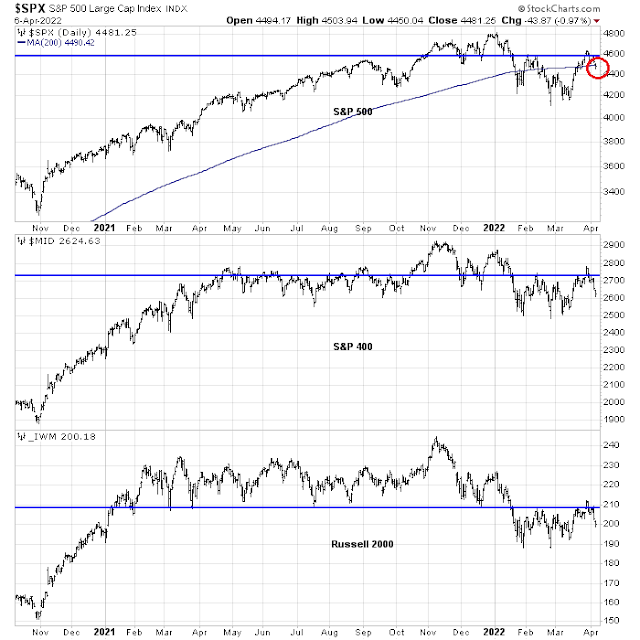 Here are some reasons to be concerned. Technical analysts like to talk about breadth. An analysis of different flavors of Advance-Decline Lines shows that the S&P 500 A-D Line has been holding up well, with the others having been far weaker. This is what bad breadth looks like. 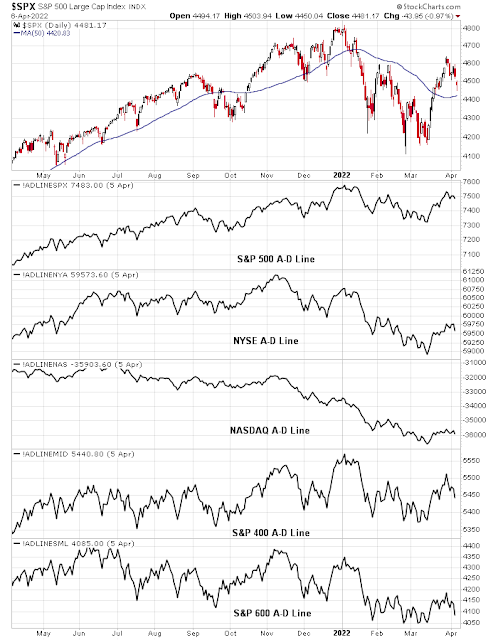 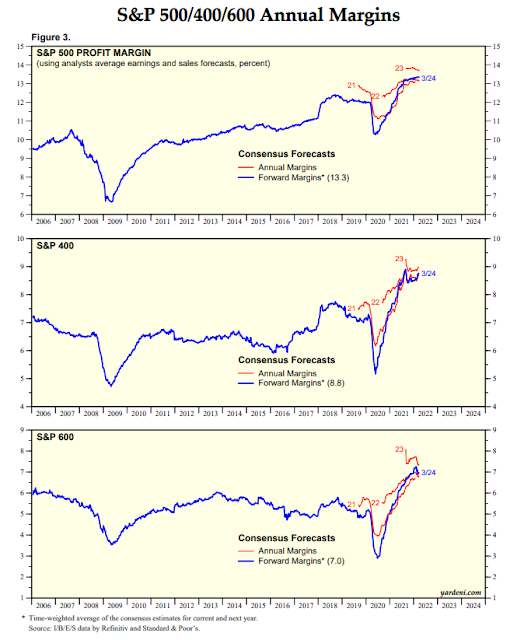 Here is why this matters from a price momentum perspective. Regular readers know that I monitor the Zweig Breadth Thrust indicator, which is based on NYSE internals, on a regular basis. A ZBT buy signal is generated when the indicator moves from an oversold to an overbought condition within 10 trading days. ZBT buy signals are very rare, but they can be highly effective signs of the bullish effects of price momentum.
I also developed a similar ZBT indicator based only on S&P 500 components (bottom panel). The S&P 500 ZBT indicator is less effective and often produces false signals. In the last five years, there were 12 instances when the S&P 500 ZBT indicator became overbought without a classic ZBT overbought signal. The market resolved in a bearish manner in eight, or two-thirds, of those cases. 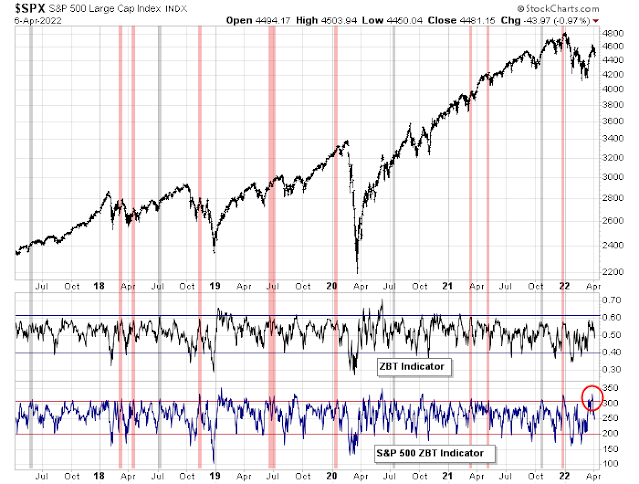 Current conditions are starting to look like the case of failed momentum. Instances of failed momentum rallies are rare. I constructed a momentum indicator based on the ratio of % of S&P 500 stocks above their 50 dma to % above their 150 dma (bottom panel). I defined a strong momentum condition when the indicator reached 1.25. In almost all cases, market rallies didn’t fade until the 5-week RSI reached an overbought condition. You have to go back to early 2008, which is the start of the GFC bear market, to find a similar case of momentum failure (red arrow). 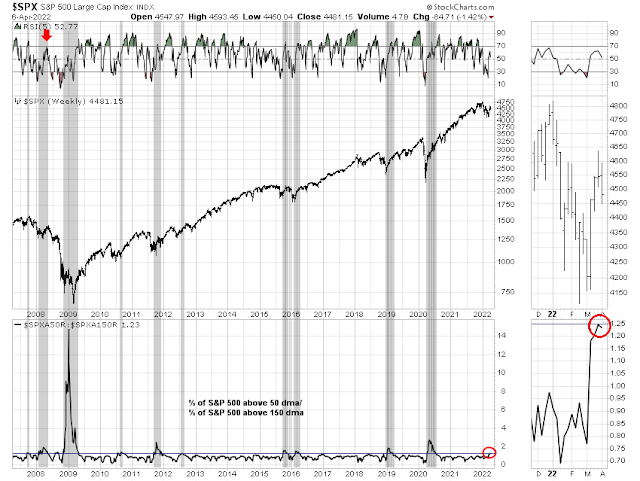 While I am not implying that the market is about to undergo a 2008 waterfall decline, the circumstances are nevertheless ominous.

No sell signal yet

Despite the disturbing internals, I see no actionable sell signal just yet. It’s just a bearish setup. Notwithstanding the false breakdown, the head and shoulders pattern may still be in play, but good chartists know that a head and shoulders formation is incomplete until the neckline breaks.

I continue to monitor the S&P 500 intermediate-term breadth oscillator (ITBM) for a sell signal, based on a recycle of its RSI from overbought to neutral. 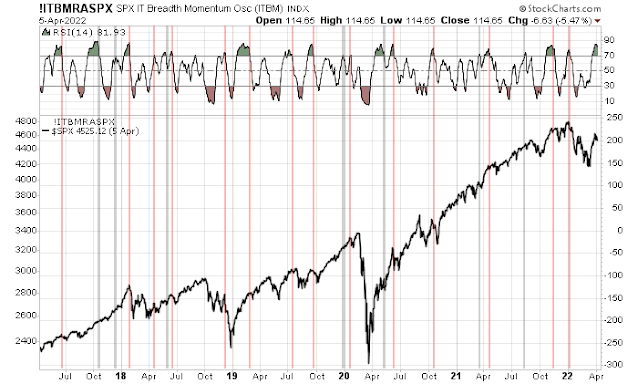 Keep an open mind about the anticipated sell signal. ITBM sell signals are highly effective on direction but not on the magnitude of the move. Any decline could be halted at the head and shoulders neckline support.
While my inner trader leaning bearish, he is not ready to pull the trigger and go short. One day at a time.