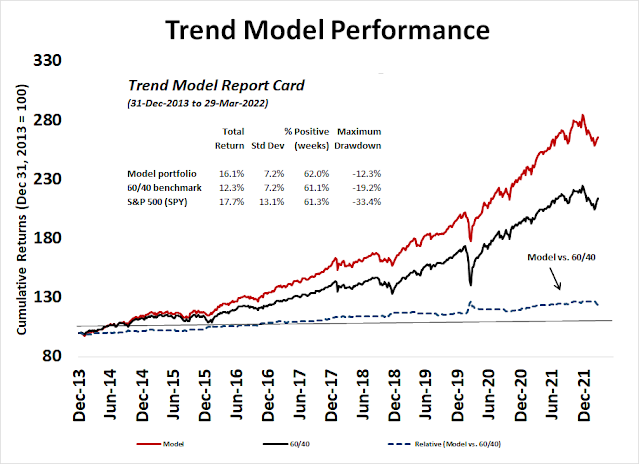 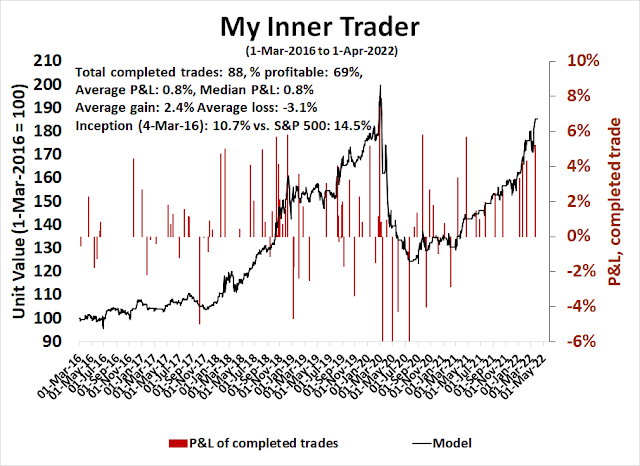 How strong is the commodity bull?

How far can the inflation trade run? A long-term chart of the conventional inflation hedge gold shows a bullish cup and saucer pattern with strong upside potential. 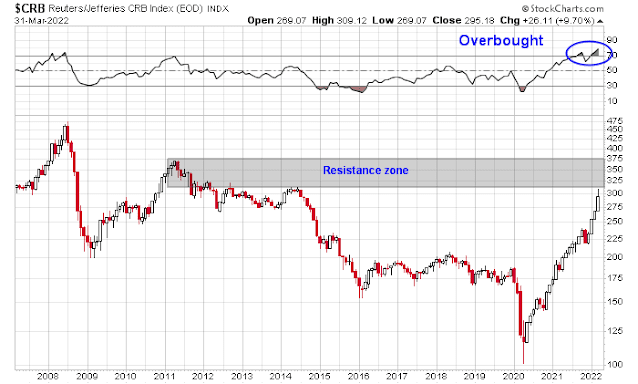 Here’s why this matters. An analysis by KKR concluded that the US economy is in a late cycle expansion, which is a period of decelerating equity returns. As the Fed raises rates to choke off inflation pressures, the inflation-sensitive commodity bull will fade and take the stock market down with it as economic growth decelerates. 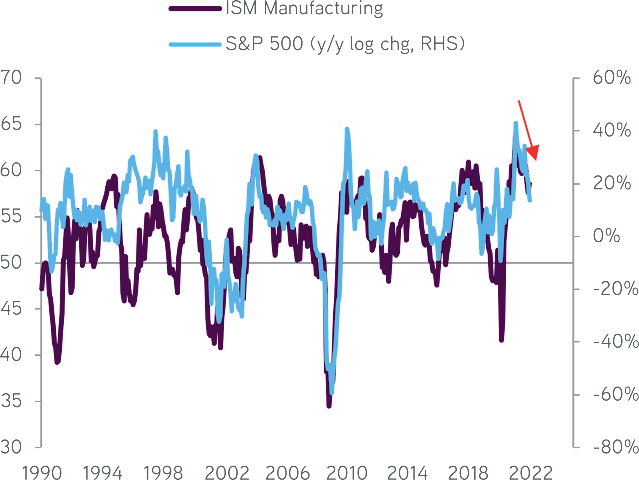 In effect, we have a case of the commodity tail wagging the stock market dog.

A review of inflation vehicle leadership shows that inflation hedge leadership is mostly intact. The relative performances of energy, mining, and agribusiness are in relative uptrends, though the relative return pattern of real estate is more choppy. 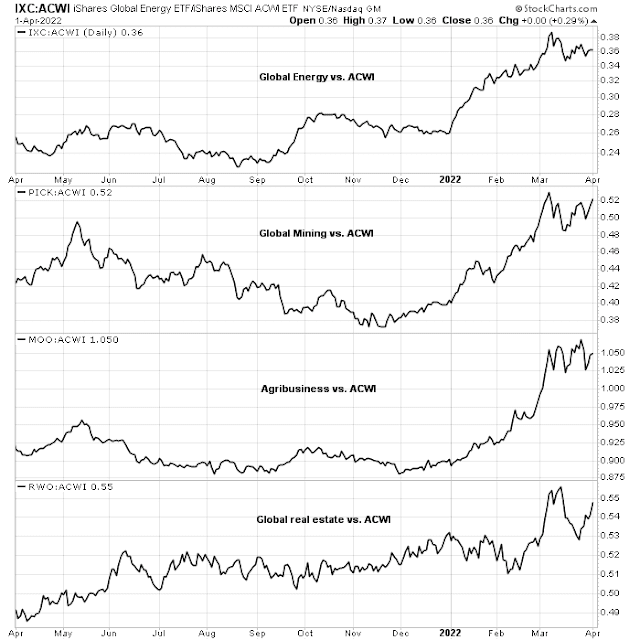 The relative performances of the stock markets of resource-producing countries are mostly in uptrends while undergoing high-level consolidations. 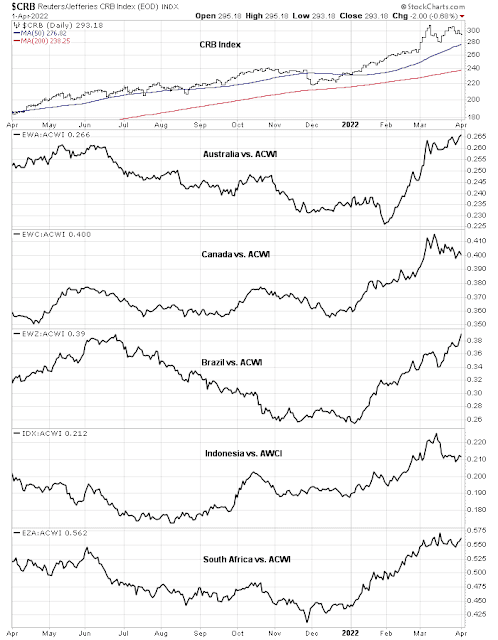 In particular, the Russia-Ukraine war has exposed the vulnerability of Asian markets, which tend to be major commodity importers. 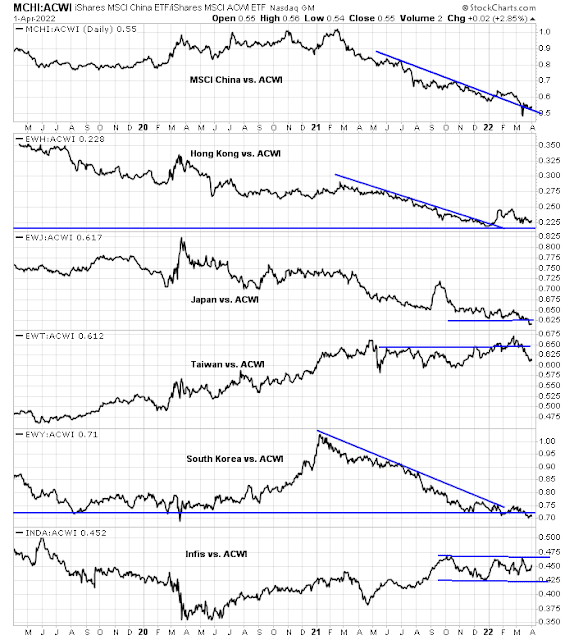 One way of measuring the strength of the global inflation and commodity trade is the long producer/short importer pair. The following chart shows the relative performance of selected country and region pairs. 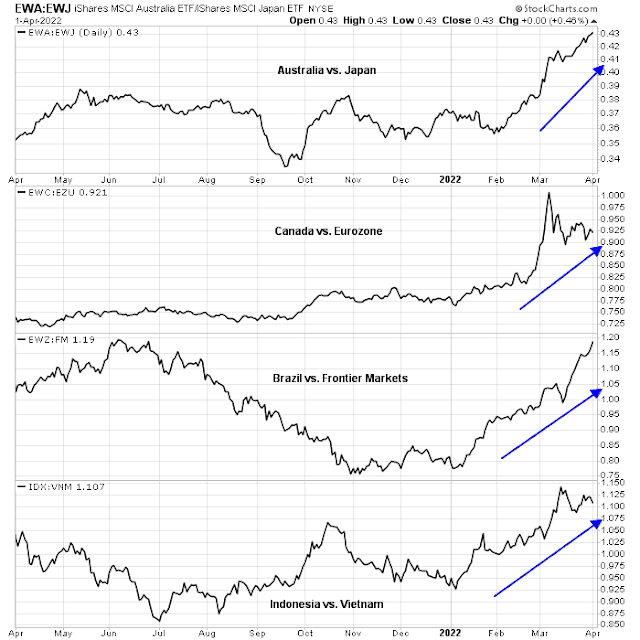 In all cases, these pairs are in strong relative uptrends. The commodity trade is still alive and kicking.

Over at the fixed income markets, bond yields have been surging but they appear to be stalling. The 2s10s yield curve has inverted, which is a decelerating economy. At some point, bond yields should fall in anticipation of slower growth. Indeed, the 10-year Treasury yield seems to have stalled after skyrocketing in 2022. 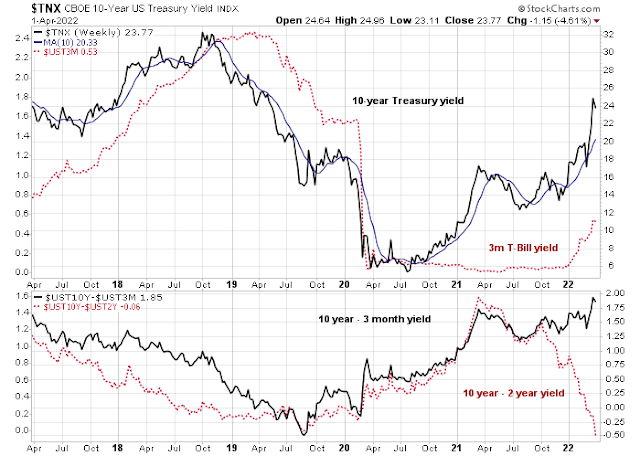 Long Treasury prices look like they are bottoming after exhibiting a positive RSI divergence. 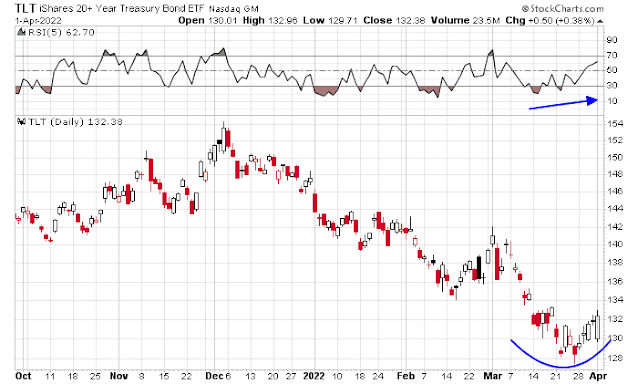 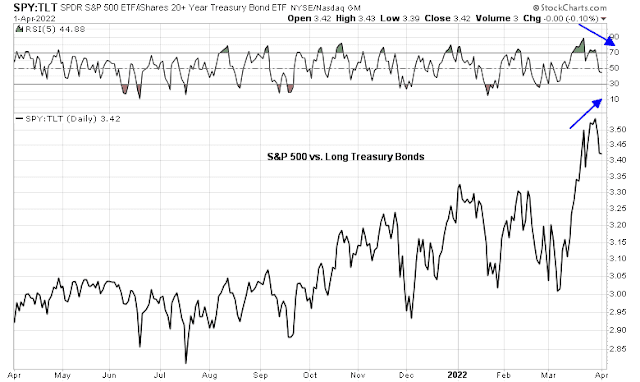 These are all signs that the bond market is setting up for a rally, and stock prices may be due for a period of relative weakness.

The S&P 500 staged an upside breakout last week but pulled below resistance turned support, indicating a failed breakout. However, the market did print a hammer candle, which is a potential bullish reversal that will need to be confirmed by Monday’s market action.

I continue to monitor the S&P 500 intermediate breadth oscillator for a recycle from an overbought condition to neutral, which would be a sell signal. 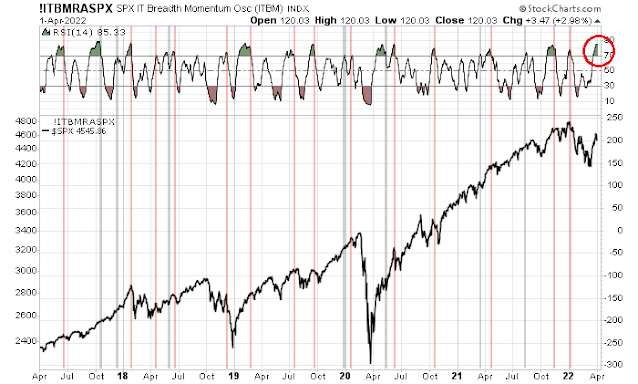 Longer-term, I am watching the long producer/short importer pairs. Widespread breakdowns in these pairs would be a sign of a transition from a late-cycle market regime to a contractionary phase. Until then, investors can consider the pairs as sources of performance – with a well-defined risk control process.