Panic and bounce, what’s next? – Humble Student of the Markets

Mid-week market update: How far can the market rally run? The S&P 500 weakened in January and bottomed last week. It has mounted a strong relief rally, but it is testomg a key Fibonacci retracement level at about 4590 and a resistance zone at 4600-4630.

Is this the start of a V-shaped market recovery, or will the market weaken to retest the old lows?

The relief rally had to happen sooner or later. The market was deeply oversold on numerous technical indicators. Sentiment models finally showed signs of capitulation selling and the rebound was on.
NDR’s Daily Trading Sentiment Composite had become deeply pessimistic, indicating a washout low was near. 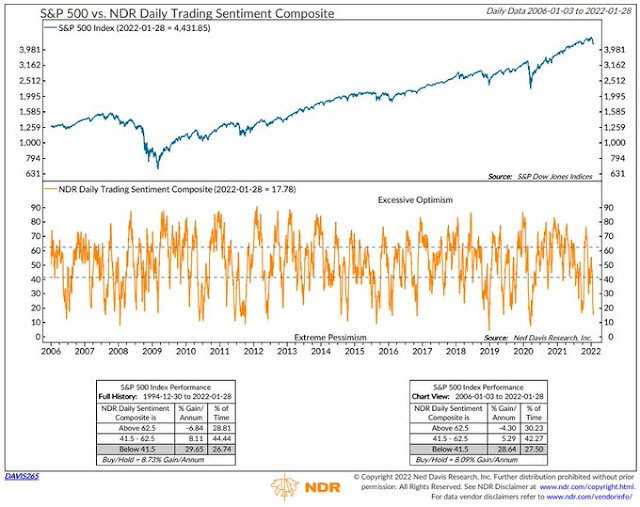 As well, equity fund flows had dried up, which is another contrarian buy signal. 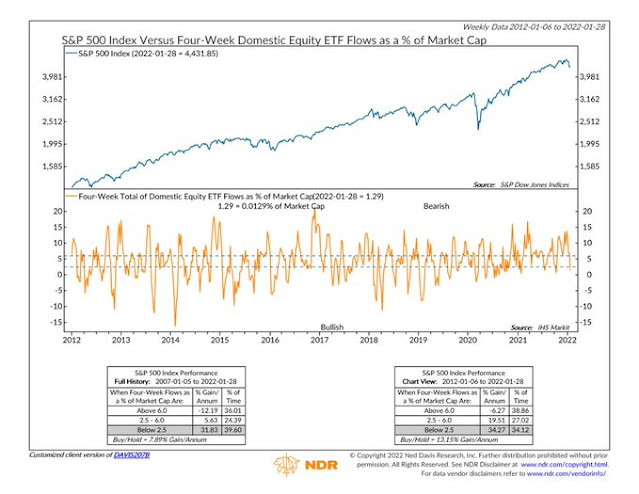 The market appears to be climbing the proverbial Wall of Worry. Even as the S&P 500 roared up 1.9% on Monday, the put/call ratio remained elevated at over 1. It finally retreated to 0.95 Tuesday after a 0.7% advance. 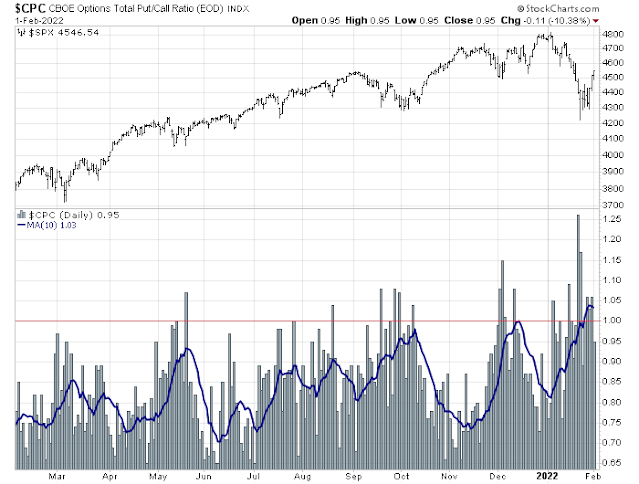 However, investors should sound the all-clear just yet. From a longer-term perspective on the weekly chart, much technical damage has been done when the index violated a long-term rising trend line. Strong resistance can be found at about the 4720-4730 level.

Tactically, I previously pointed out that the daily S&P 500 chart shows the index is facing overhead resistance at a key Fibonacci retracement level of 4590, with a further resistance zone at 4600-4620. In addition, the NYSE McClellan Oscillator is approaching an overbought reading, which would be a cautionary signal. 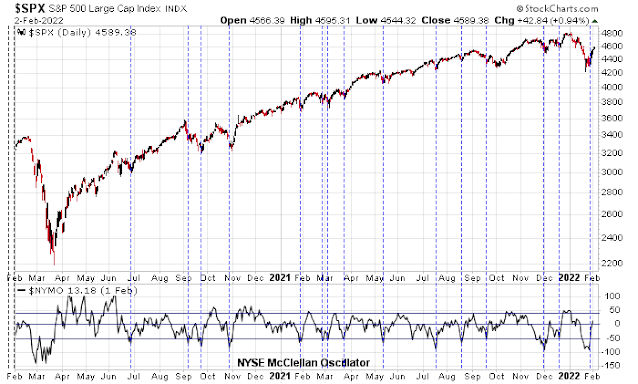 On the other hand, the RSI of the S&P 500 intermediate-term breadth oscillator is on the verge of recycling from oversold to neutral, which would be a buy signal. Buy signals in the last five years have resolved bullishly with a 72% success rate.

How will all this play out? I honestly don’t know.
My inner investor is neutrally positioned in accordance with the recent downgrade of the Trend Asset Allocation Model’s signal from bullish to neutral. He expects further volatility and choppiness in the coming weeks and months.
My inner trader is nervously long the market and enjoying the ride. He is carefully monitoring how the market behaves during this relief rally and whether it can overcome or fail at nearby resistance.
Disclosure: Long SPXL

30 thoughts on “Panic and bounce, what’s next?”