You can tell a lot about the character of a market by the way it reacts to the news. Bespoke reported a downbeat market reaction to earnings and sales beats, which is disappointing, “The 163 companies that have beaten both top and bottom line estimates this earnings season have averaged a one-day decline of 0.23% on their earnings reaction days.” 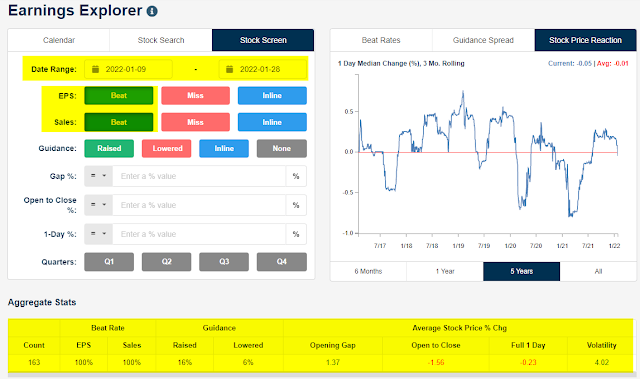 While this may seem like the dirty little secret of Q4 earnings season, there’s another one that buried that you may not be aware of.

While the tone of the market has been difficult in the past few weeks, negative market reactions to positive surprises aren’t necessarily bearish signals.
FactSet reported that the market is punishing stocks with both positive and negative earnings surprises. At first glance, that sounds bearish. However, the slope of the earnings reaction (dotted red line) is positively sloping, indicating that positive surprises are still being rewarded. Earnings beats are still outperforming earnings misses. It’s the overall market conditions that are challenging. 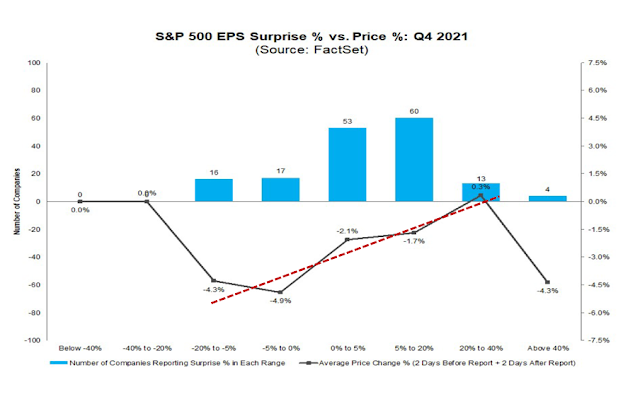 The market’s risk-off tone can be mainly attributed to two factors, fears over a Russia-Ukraine confrontation and a hawkish pivot by the Federal Reserve. The geopolitical risk premium seems to be facing, as measured by a stabilization in the Ruble exchange rate. 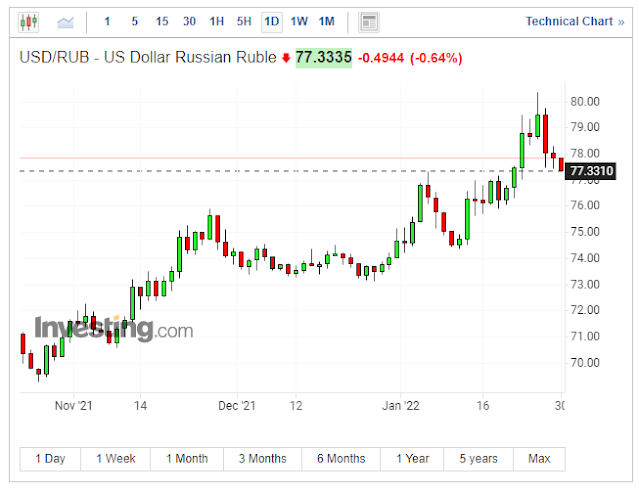 So has the relative performance of Russian stocks to the EURO STOXX 50.

However, the market reacted to the Fed’s hawkish pivot by flattening the 2s10s and 5s30s yield curves, indicating expectations of slower economic growth. 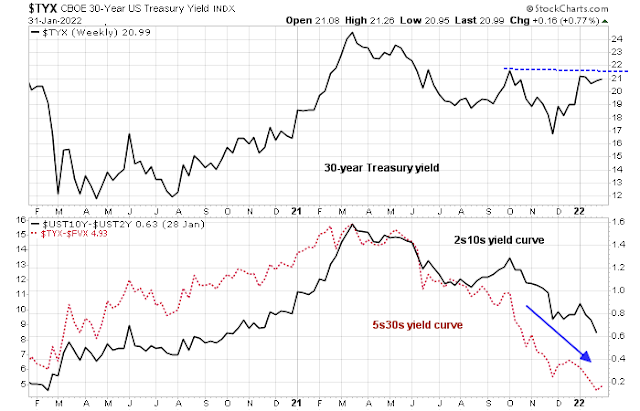 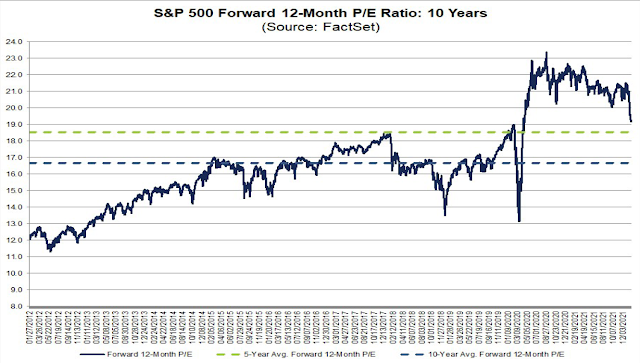 …even as forward 12-month EPS estimates continued to rise. 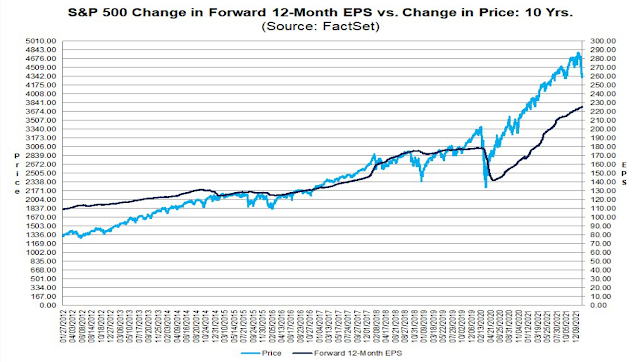 P/E ratio compression during a period that the Fed shifts from easy to tight money is a normal characteristic of a mid-cycle expansion. Investors deflate P/E ratios because of the expectation of higher interest rates. In order for stock prices to advance, earnings growth will have to do the heavy lifting to overcome falling P/Es.
So far, the results are not encouraging. While it’s important to consider the earnings beat and miss rate, the magnitude of the beat and miss rates have been subpar. While FactSet reported that the Q4 earnings beat rate is above its 5-year average, the magnitude of the beats is lower.

At this point in time, more companies are beating EPS estimates than average, but they are beating estimates by a smaller margin than average…Overall, 33% of the companies in the S&P 500 have reported actual results for Q4 2021 to date. Of these companies, 77% have reported actual EPS above estimates, which is above the 5-year average of 76%. In aggregate, companies are reporting earnings that are 4.0% above estimates, which is below the 5-year average of 8.6%.

That’s the true dirty little secret of Q4 earnings season. Even though earnings beats are above average, the magnitude of the beats have been subpar.
About one-third of the S&P 500 has reported earnings so far and individual stocks have been the source of significant daily volatility. Earnings season continues and significant FANG+ names such as GOOGL, FB, and AMZN report this week. 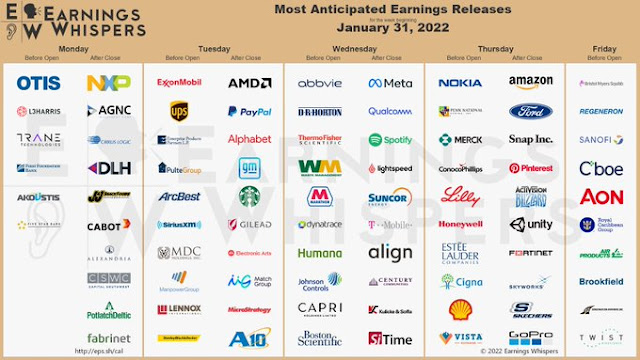 19 thoughts on “The dirty little secret of Q4 earnings season”