Riding the seasonal bull – Humble Student of the Markets

Mid-week market update: The Santa Claus rally, which begins just after Christmas and ends on the second day of the new year, began with a bang. The S&P 500 surged 1.4% on Monday to kick off the Santa rally and managed to make another marginal closing high today. The bullish impulse has been relentless.

Marketwatch documented a small sample study (n=8) indicating that Santa rallies that began with an advance of 1% or more tended to be strong. 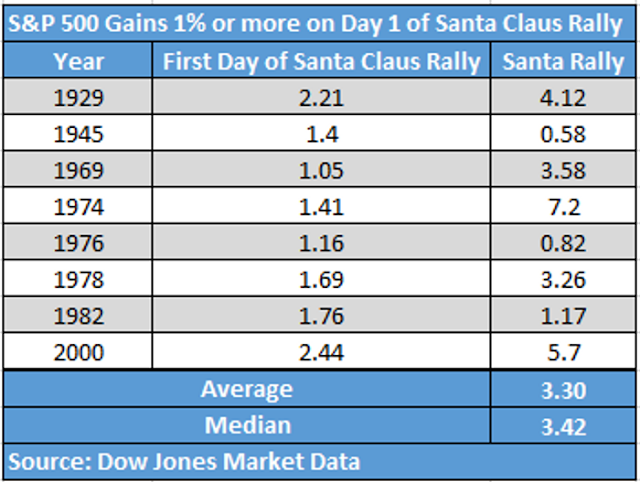 I pointed out that the S&P 500 staged an upside breakout from an inverse head and shoulders pattern with a measured objective of about 4920 (see The anatomy of a Santa rally) but cautioned that the 4920 target may be overly ambitious. In light of Monday’s surge, 4920 may not be totally out of reach. 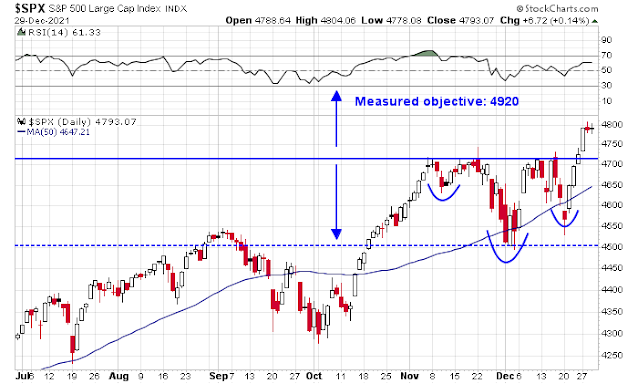 A different kind of rally

That said, the internals of this seasonal rally is a little unusual. In the past, low-quality stocks and small caps have led the way. This year, low-quality leadership has mostly fizzled. 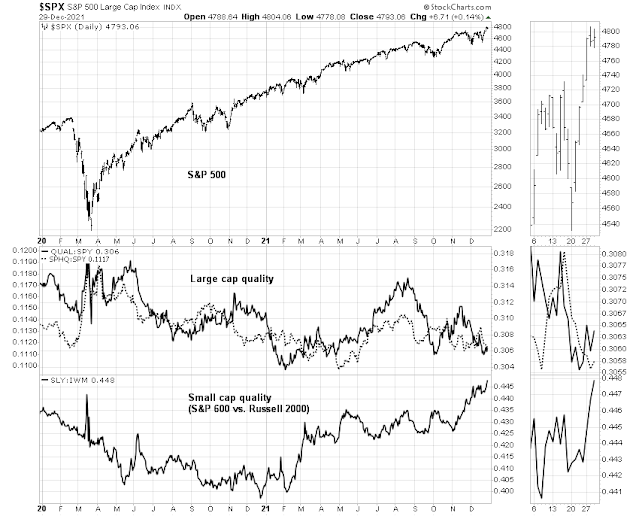 As well, the Russell 2000 remains stuck in a trading range after a failed upside breakout. However, the higher quality S&P 600 is testing resistance and could break up through resistance. Even within small caps, high quality is winning. 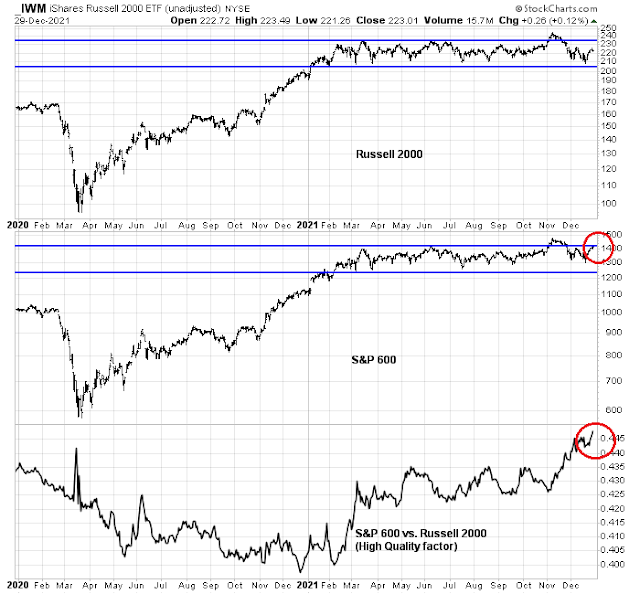 I had also anticipated that the beaten-up speculative growth stocks would rebound after tax-loss selling petered out. There has been no evidence of such a rebound this year. 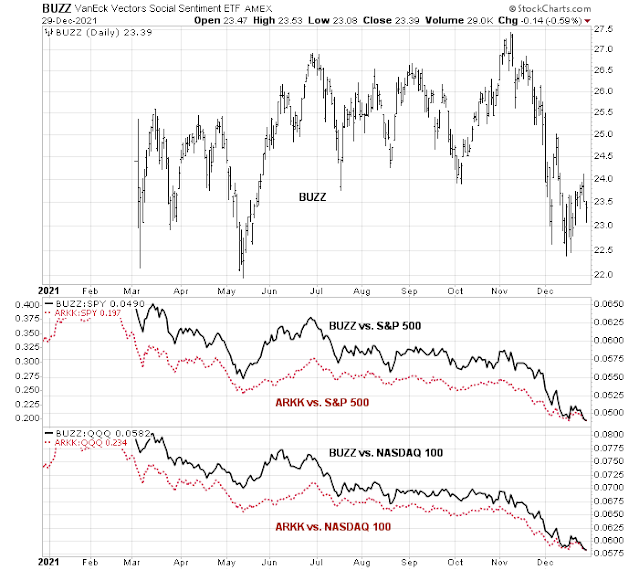 I interpret these developments as an indication that the Santa rally is only seasonal in nature and price momentum would start to fade in January.
In the meantime, enjoy the ride for a few more days.
Disclosure: Long SPXL

4 thoughts on “Riding the seasonal bull”