Small-cap stocks have lagged their large-cap counterparts in 2021. Even as the S&P 500 steadily rose to fresh highs this year, the Russell 2000 and S&P 600 finally staged upside breakouts in November out of a multi-month trading range, but they have struggled to hold those breakouts. Small-cap relative performance peaked in March, but they have sagged and been flat to down relative to the S&P 500. In an equally disturbing development for the bulls, the S&P 600 Advance-Decline Line did not confirm the upside breakout by failing to rise to new highs in November. 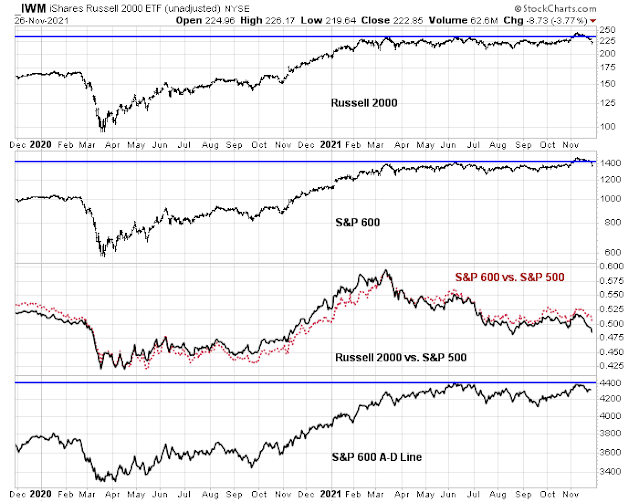 Here is how I believe small-cap performance is foreshadowing the S&P 500 in 2022, but probably not in the way that you are thinking.

In the past few months, I have been making the case that the US economic expansion is changing from early cycle to mid-cycle (see Time for a mid-cycle swoon? and Where are we in the market cycle?). Mid-cycle expansions are characterized by tightening monetary policy which leads to P/E multiple contractions. Stock prices are driven by earnings growth, which are still positive.
There have been three such mid-cycle episodes since 1990 that could serve as templates for 2022, namely 1994, 2004, and 2010. Common characteristics were: 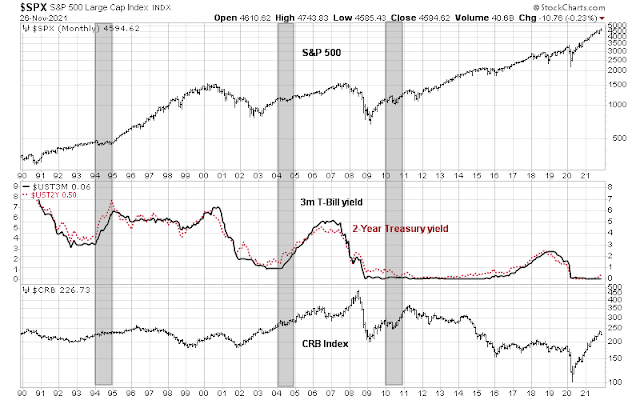 From a chartist’s perspective, these episodes had both similarities and differences. In all cases, the stock market had surged off major bottoms and exhibited strong positive price momentum, as shown by prolonged periods when the percentage of stocks above their 200-day moving averages (dma) had risen and stayed above 90%. The key difference was what happened when the price momentum faded. In 2004 and 2014, risk appetite indicators such as the cyclically sensitive copper/gold ratio and the consumer discretionary/staple ratios were flat. In those cases, the stock market response was a soft landing in the form of a period of sideways consolidation. By contrast, risk appetite indicators fell in 2010 (and in 2011), and stock prices corrected sharply. 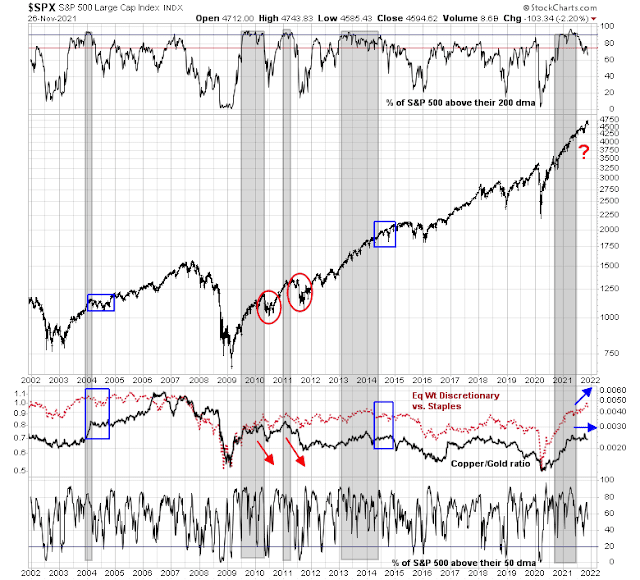 As I look ahead to 2022, risk appetite indicators are flat to up. This suggests a soft landing ahead, or some choppiness and sideways consolidation for the S&P 500, but no major bearish episode, followed by market strength later in the year.

Here is how small-cap performance in 2021 could foreshadow S&P 500 performance in 2022. First, the valuation framework for analysis is the S&P 600 rather than the more widely used Russell 2000. That’s because S&P has a much stricter profitability inclusion criteria than Russell. This difference has resulted in a higher weight of zombie companies, or companies whose cash flow can’t cover their interest payments, in the Russell 2000 compared to the S&P 600. As the economy emerges from the recession of 2020, it was no surprise that the zombie-laden Russell 2000 beat the S&P 600 because zombie stocks behave like out-of-the-money call options and exhibit a high degree of leverage. As the expansion matures, the higher quality S&P 600 should begin to outperform. 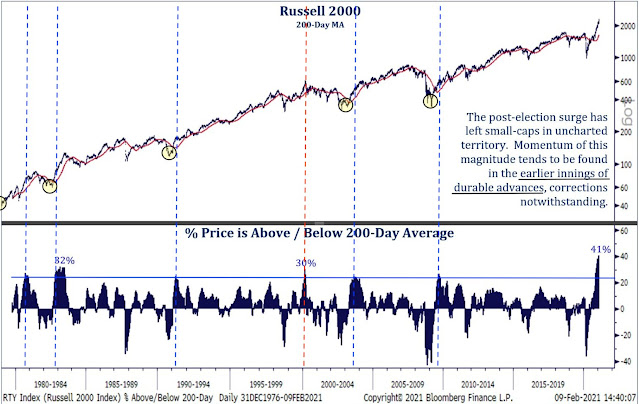 With that preface, the development of forward EPS estimates for both the S&P 500 and S&P 600 are similar. Both have risen strongly in the wake of the COVID Crash. 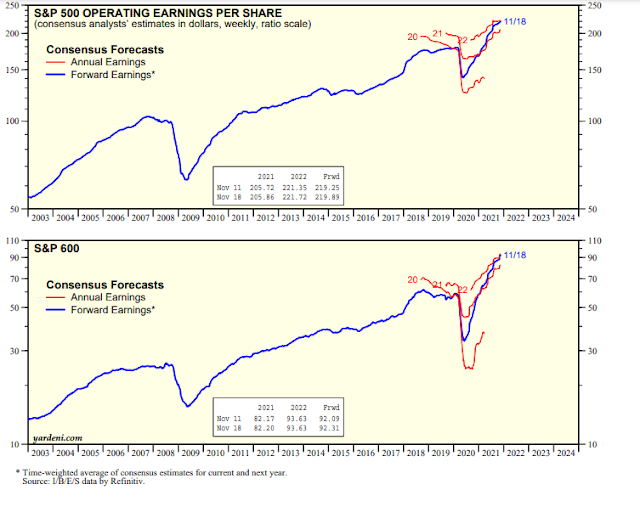 However, the patterns in forward P/E ratios are very different. While the S&P 500 forward P/E has been flat to slightly down during the recovery period, the S&P 600 forward P/E has fallen dramatically and P/E valuation levels appear quite reasonable compared to its recent history. 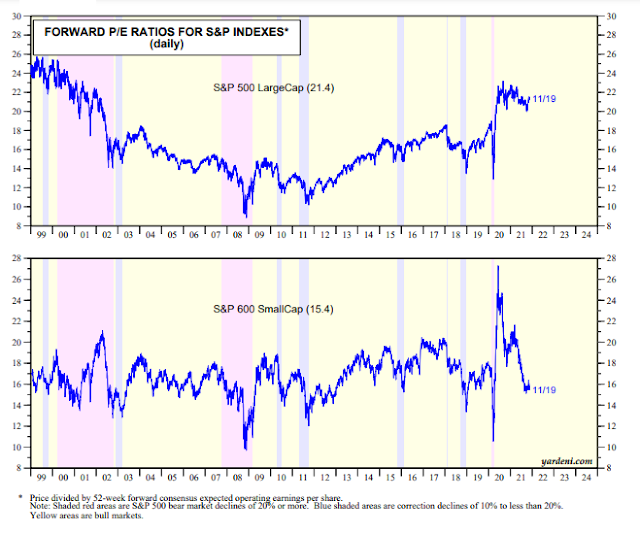 This brings me back to the point about what happens during a mid-cycle expansion. Interest rates rise, which puts downward pressure on P/E multiples. Earnings growth will have to do the heavy lifting in order to maintain stock price levels. In the past, this has resolved in a period of sideways consolidation, much in the manner that small-cap stocks behaved in 2021. Small caps eventually overcame the problem of P/E compression and staged an upside breakout. Expect a similar pattern for the S&P 500 in 2022. I would caution, however, that this analysis is not a forecast that the S&P 500 will match the exact pattern of small-cap stocks in 2021, only that small-cap performance serves as a template for the S&P 500 in the coming year.

I would like to address the concern raised by many technicians over the recent negative breadth divergence exhibited by stock market internals. The NYSE A-D Line failed to hold its breakout. Net new highs have turned negative for both the NYSE and NASDAQ. As well, the percentage of stocks above their 50 dma have struggled to maintain their strength. 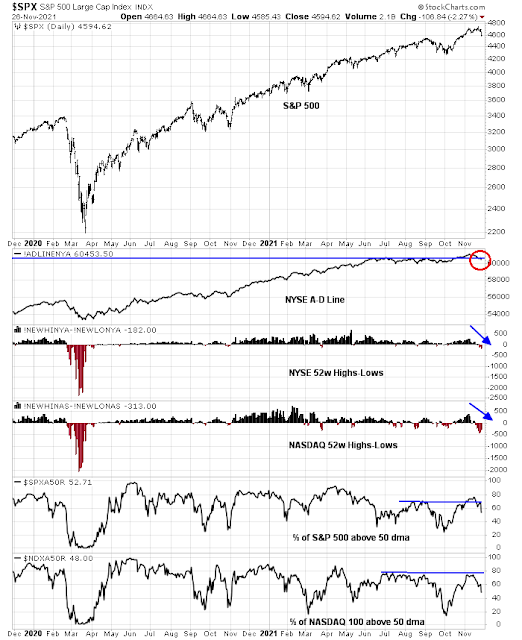 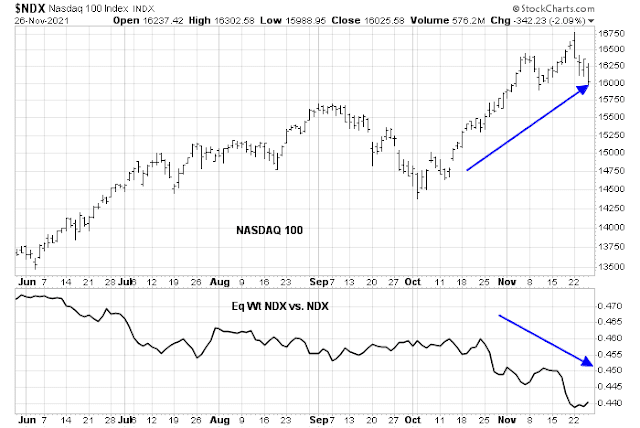 A similar, but less pronounced effect, can be seen in the S&P 500. 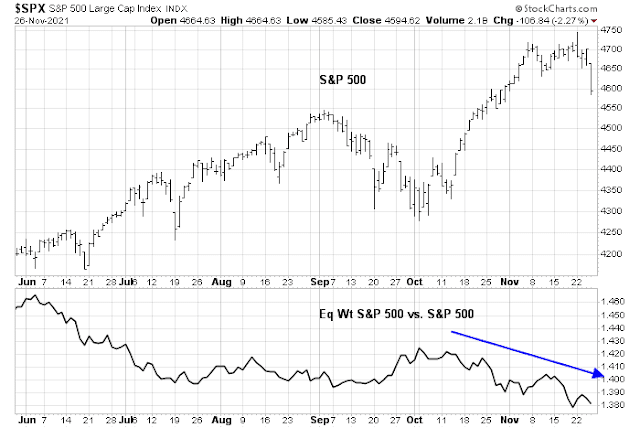 Contrary to popular belief, a Mark Hulbert study found that small-cap returns have little or no effect on the S&P 500. In fact, Hulbert found that the overall market doesn’t perform when small-cap stocks are the leaders. 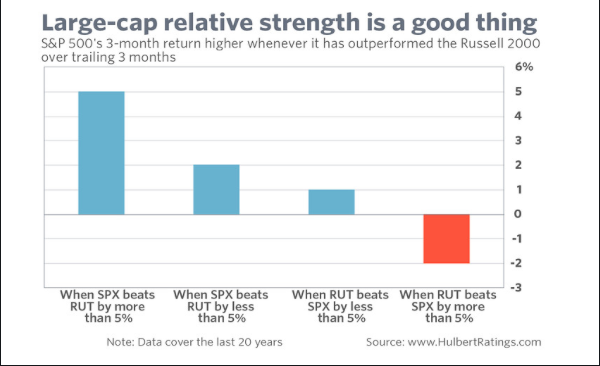 The combination of more attractive small-cap relative valuations and the coming transition to mid-cycle market all point to a period of struggle for the large-cap S&P 500.
All is not lost for the bulls. A separate analysis by Hulbert of insider trading activity by Nejat Seyhun found that insider buying is consistent with a stock market with slightly below average returns.

Their current posture translates into an expected U.S. stock market return over the next 12 months that’s only moderately below the historical average. 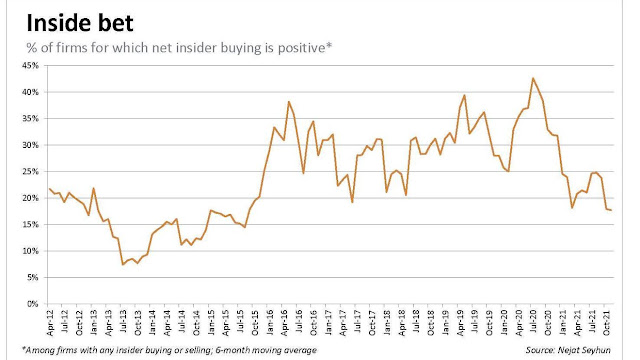 This series of analysis is consistent with my scenario of a sideways first half and a rally in the second half of 2022.
In conclusion, investors should expect a period of choppy sideways action in H1 2022 for the S&P 500, followed by further strength in H2. Within the US, small-cap valuations appear more attractive on a relative basis. As well, investors should focus on high-quality stocks in the coming year. If the small-cap history of 2021 is any guide, the quality factor should outperform in 2022. 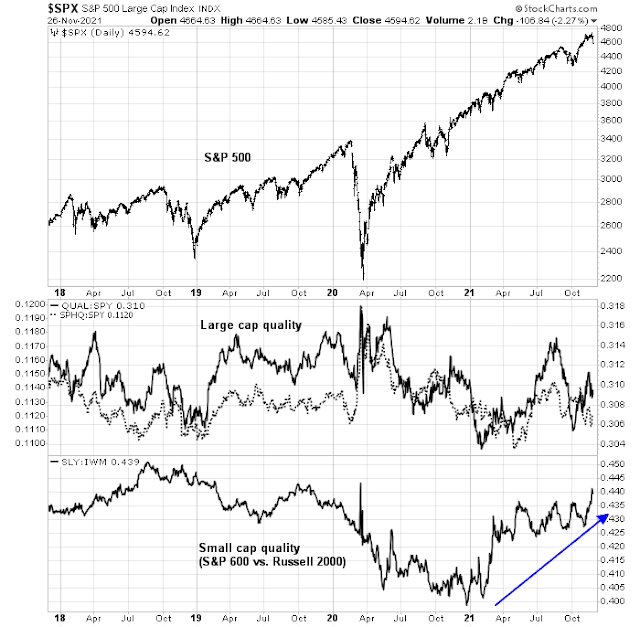 6 thoughts on “How small caps are foreshadowing the 2022 market”