Bullish and bearish signals from volatility – Humble Student of the Markets

Mid-week market update: Volatility indexes are flashing a number of signals of interest. In the past few weeks, a yawning gap has opened out between MOVE, which measures bond volatility, and VIX, which measures equity volatility. The divergence has begun to close in the last couple of days as the VIX has risen and the spread has narrowed. 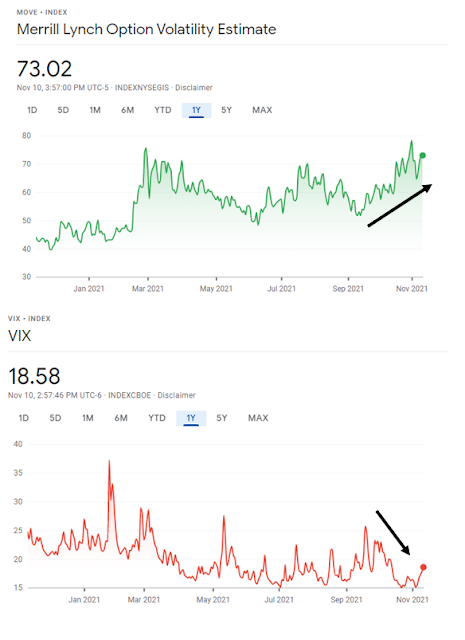 Another cautionary signal from vol is appearing in the form of an increased 5-day correlation between the S&P 500 and VIX, and VVIX, which is the volatility of the VIX. In the past, spikes in correlation has seen stocks either pause their advance or pull back. In particular, high correlations with VVIX have been more effective as short-term warnings than VIX correlations. 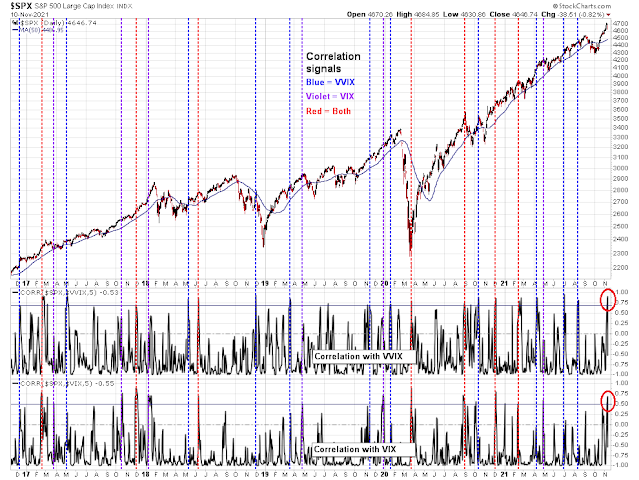 Does that mean the S&P 500 is at risk of a significant downdraft? Not so fast. A third volatility indicator suggests that downside risk is limited. Even as the S&P 500 weakened, the VIX Index has spiked above its upper Bollinger Band (BB), which is an oversold reading for the market. In the past, such events have marked indicating positive risk/reward for the bulls over a 3-5 day time horizon. 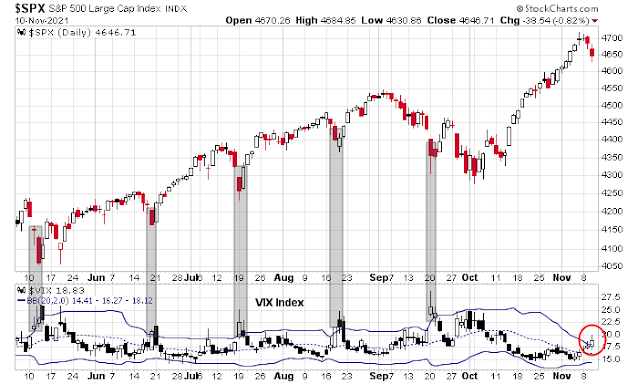 The stock market is roughly following its seasonal pattern. If the past is any guide, stock prices should pause its advance about now, which would be followed by a resumption of a rally into year-end. 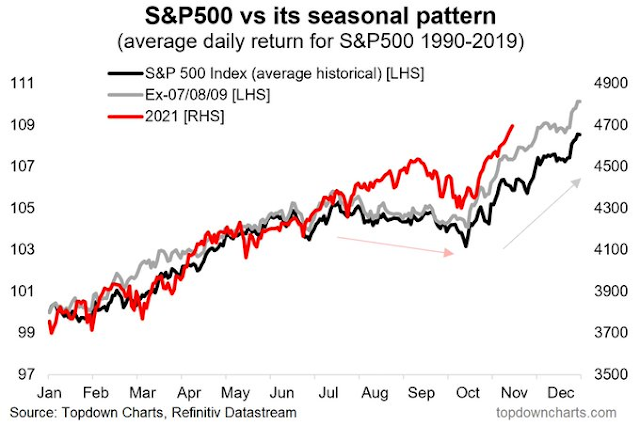 In other words, the seasonal melt-up that I have been calling for remains intact.

On a different topic, the October CPI print came in hot this morning. Both headline and core CPI came in well ahead of expectations. The strong CPI report highlights a tactical opportunity in gold and gold mining stocks. Gold, which is viewed as an inflation hedge vehicle, staged a decisive upside breakout through resistance today and its strength had already been signaled by the rally in TIPs prices.

In addition, the gold miners have also staged an upside liftoff from a support zone. The improvement had been signaled by a bottom in the percentage bullish indicator, which had recycled from an oversold condition. Gold miner strength has also been confirmed by the miner/gold ratio and the high-beta junior/senior gold ratio (GDXJ/GDX). 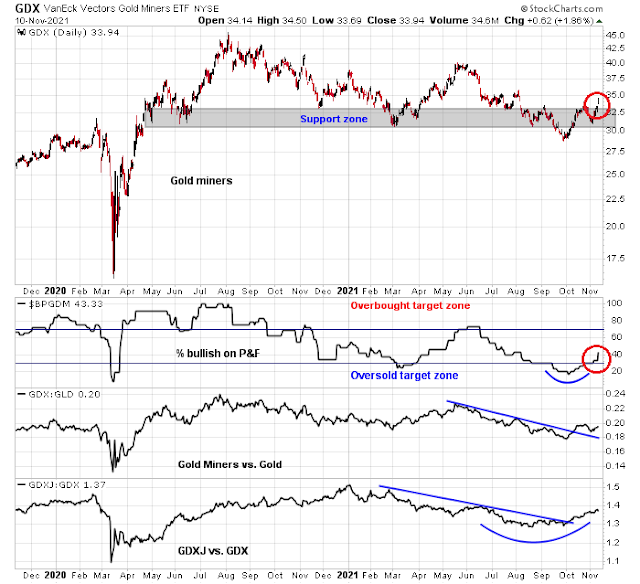 15 thoughts on “Bullish and bearish signals from volatility”