A fear of Delta? – Humble Student of the Markets

Mid-week market update: Stock prices have taken a minor and uneven risk-off tone this week. The pullback has been attributable to fears over a Delta variant-related slowdown.

I beg to differ. Instead, the weakness can be better explained by market technical conditions. The 5-day correlation between the S&P 500 and VVIX, or the volatility of the VIX, had spiked recently. Past instances have resolved themselves with minor bearish episodes in the last three years. 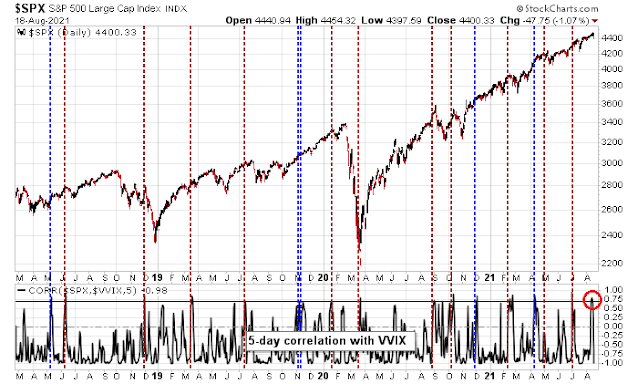 Sentiment readings could put a floor on stock prices. Investors Intelligence %Bulls has retreated and %Bears have edged up. The Bull-Bear spread has fallen to levels consistent with short-term bottoms. 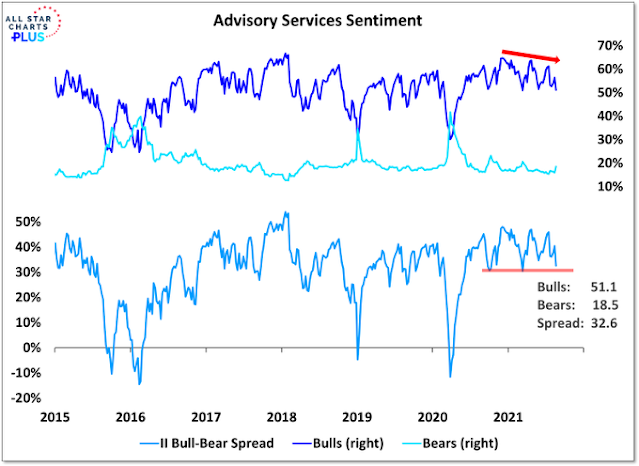 Evidence of a Delta variant surge in cases had been evident for some time. It’s unclear why risk appetite should suddenly take a turn for the worse under these conditions. Using India, where the Delta variant first appeared, and the UK as guides, case spikes have peaked in about two months. Using the same template for the US, this means that cases should peak in early or mid-September and then begin to recede. 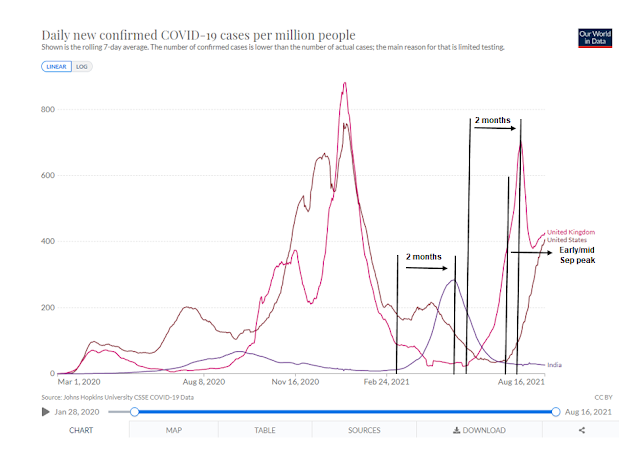 Indeed, data from the NY Times shows that case counts are starting to roll over in some of the more problematical regions, such as Florida and the South. 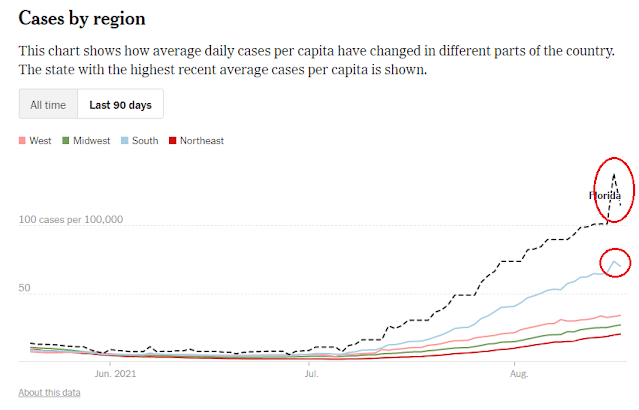 To be sure, Calculated Risk’s seven high-frequency indicators show that progress in reopening has either flattened out or started to roll over. Here is Apple mobility: 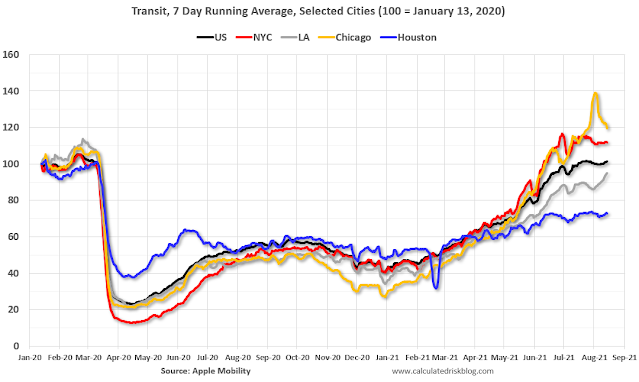 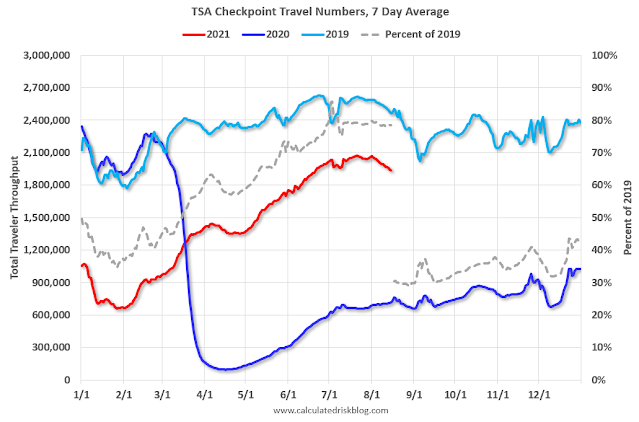 However, the plateau in activity has been evident for about a month. If the market narrative is attributing the risk-off tone to slowing growth, then why now instead of one or two weeka ago?

My panel of bottoming indicators are nearing a series of buy signals Some of my bottoming indicators are nearing buy signals, while others are in neutral. The 5-day RSI is oversold and The VIX Index has risen above its upper Bollinger Band, indicating an oversold condition. The NYSE McClellan Oscillator (NYMO) is not oversold, though it is getting close. By contrast, the term structure of the VIX has not inverted, indicating fear and panic. 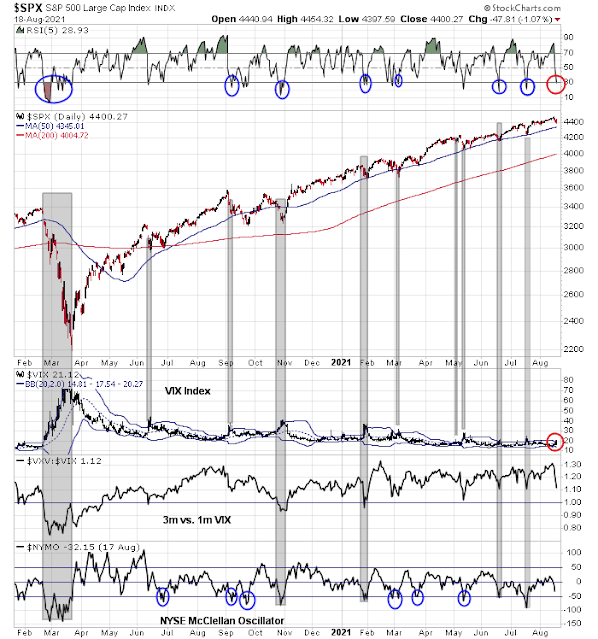 As well, the Zweig Breadth Thrust Indicator is has reached a marginal oversold condition, which has marked short-term bottoms in the past. 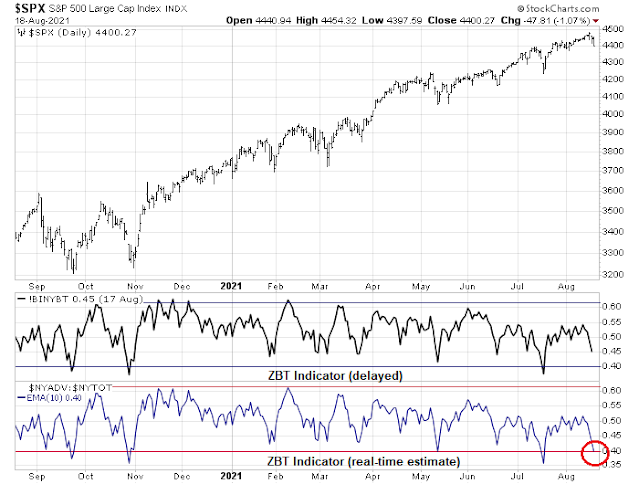 In summary, the stock market is undergoing a shallow pullback. A short-term buying opportunity is near. Market psyhology may need just one more flush and panic.
Buy the dip.