The USD’s exorbitant privilege – Humble Student of the Markets

For the crypto folks who embrace the libertarian philosophy of using a medium of exchange not issued by any national government, here are a couple of reminders of what the USD “exorbitant privilege” means in real life.

First, the Canadian extradition hearing for Huawei CFO Meng Wanzhou finally ended yesterday after nearly three years of drama. Huawei was accused of violating America’s sanctions on Iran, and Meng was arrested at the Vancouver airport based on an American extradition request. In the last three years, she had been battling extradition while under house arrest in a multi-million mansion. 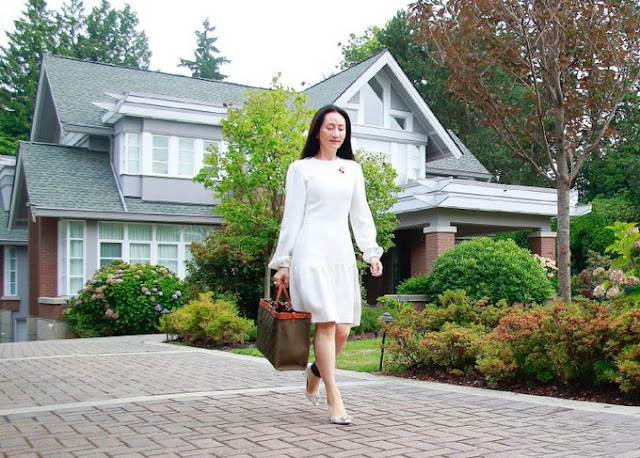 All of this wouldn’t have been possible if the USD wasn’t the dominant currency of global commerce. The US has weaponized the global banking system as a foreign policy tool.

The second is a less-noticed effect of the Taliban takeover of Afghanistan. Ajmal Ahmady, the former governor of the Afghan central bank, the DAB, tweeted that the DAB holds about $9 billion in foreign exchange reserves. However, most of the assets are being held either at the Fed or within the US banking system. 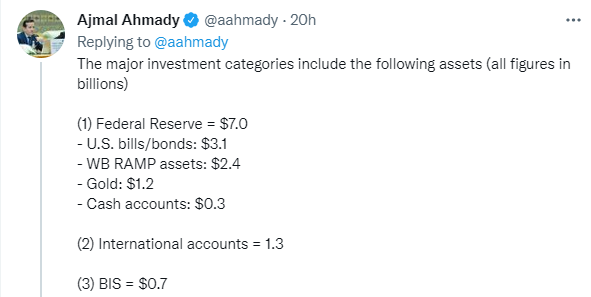 As the Taliban is under international sanctions, little of those reserves are available to the new government. Ahmady states, “We can say the accessible funds to the Taliban are perhaps 0.1-0.2% of Afghanistan’s total international reserves. Not much.”
The BBC reported that the IMF has acted to cut off Afghanistan.

The International Monetary Fund (IMF) has said Afghanistan will no longer be able to access the lender’s resources…
An IMF spokesperson said it was due to “lack of clarity within the international community” over recognising a government in Afghanistan.
Resources of over $370m (£268m) from the IMF had been set to arrive on 23 August.
These funds were part of a global IMF response to the economic crisis.

The Taliban is coming to realize that its banking system exists mainly in a digital world and there is little or no money it DAB’s vaults. Ahmady concluded. 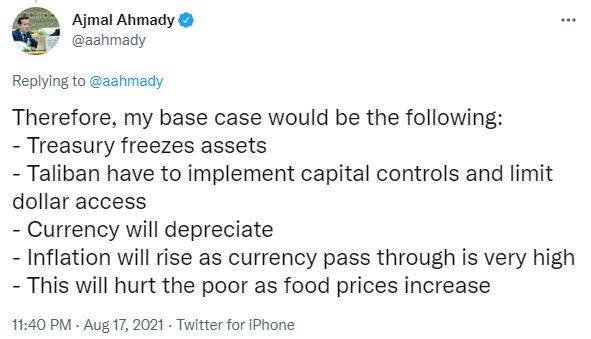 Keep the case of the USD’s exorbitant privilege in mind as you watch the chaotic evacuation scenes from Kabul’s airport. Washington has a powerful weapon at its fingertips, well beyond Predator drones and boots on the ground.

30 thoughts on “The USD’s exorbitant privilege”