Don’t short a dull market – Humble Student of the Markets

Mid-week market update: Even as the S&P 500 remains range-bound, market internals are constructive. I interpret these conditions to mean that the market can grind higher in the short-term, and the intermediate-term trend is still up.

A survey of risk appetite indicators reveals a revival. Regular readers will know that I am not a long-term bull on Bitcoin or any other cryptocurrencies (see Why you should and shouldn’t invest in Bitcoin). Nevertheless, there appears to be a lead-lag relationship between the relative performance of ARK Innovation ETF (ARKK) and Bitcoin. Tactically, this argues for a tactical revival in Animal Spirits, which can propel Bitcoin and other high-beta speculative issues higher. 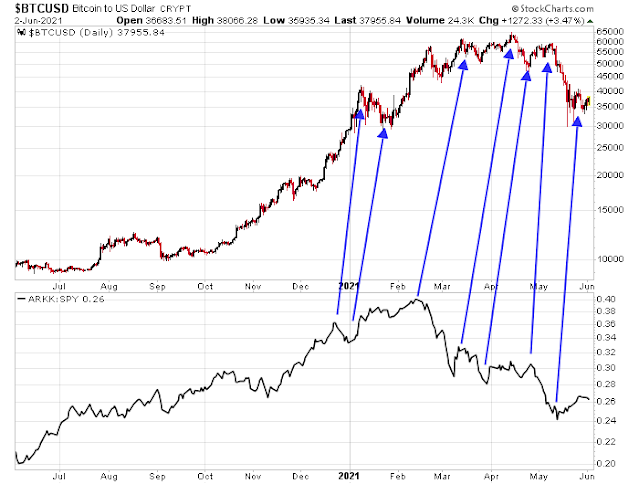 I recently wrote about different pockets of investment opportunities around the world (see In search of global opportunities). I pointed out that Europe was enjoying a rebirth in relative strength. Ari Wald recently observed that Europe is staging an upside breakout from a 21-year base. That’s bullish in any chartist’s book. 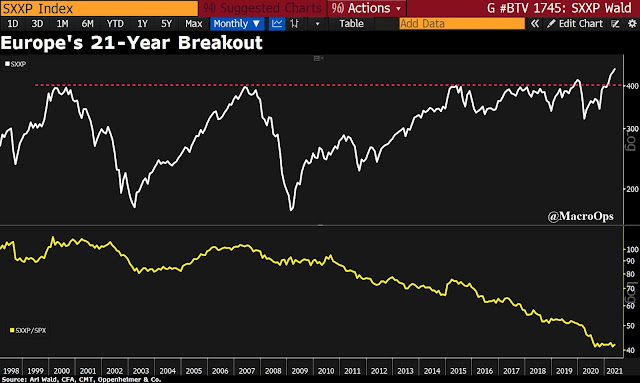 In addition, I had identified Turkish stocks as a wash-out emerging market opportunity. Another shoe dropped today. Turkish President Recep Tayyip Erdogan said in an interview on state television that it’s “imperative” that the central bank lowers interest rates, giving a vague reference to summer months as a target date. MSCI Turkey has barely reacted to the news. 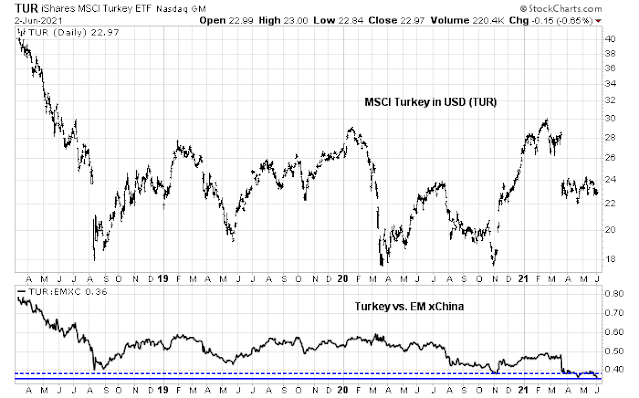 You can tell a lot about market psychology by the way it reacts to the news. Speculative growth and cryptocurrencies are poised for a rebound, and value pockets of the market like Europe and Turkey are also performing well. In short, the stock market is firing on all cylinders.

Beware of the June swoon

Before the bulls get overly excited, the S&P 500 is approaching a period of negative seasonality in late June. 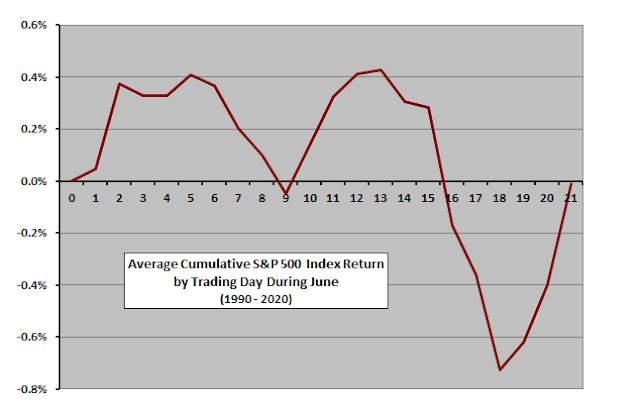 This is consistent with the observation that both the NYSE and NASDAQ 100 McClellan Oscillators are approaching overbought levels. 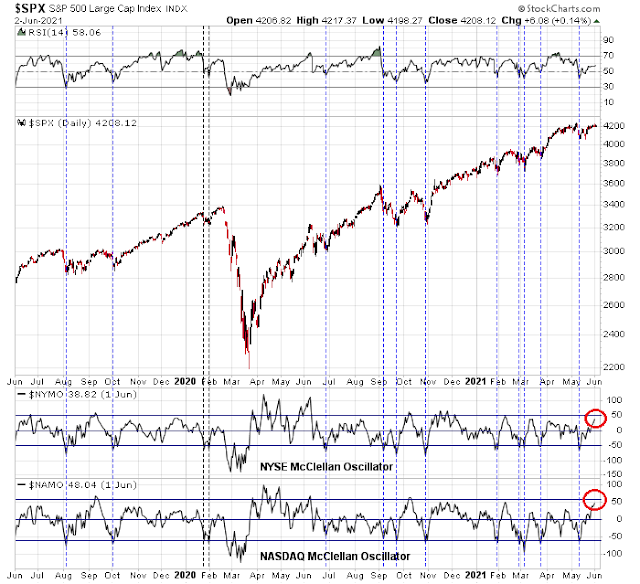 My base case scenario calls for an S&P 500 rally in the next week to test or achieve new highs, followed by a late June swoon. Traders should start to position for a possible short-term top. Investors should regard any market weakness as a welcome pullback to add to positions.
Disclosure: Long SPXL