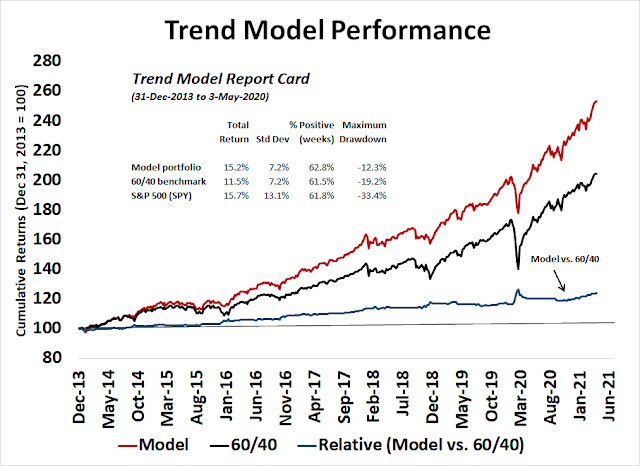 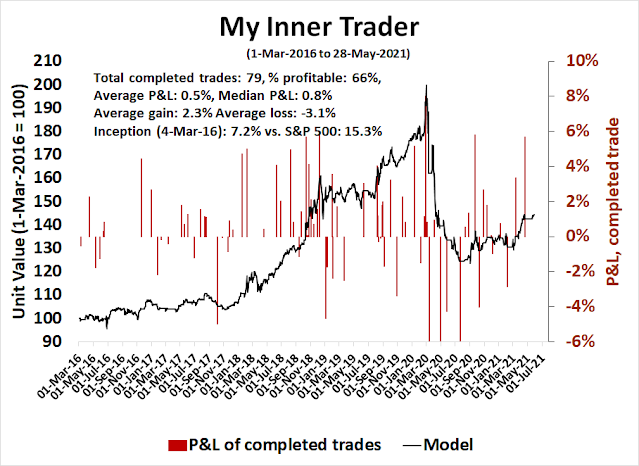 The S&P 500 has been trading sideways since mid-April, with overhead resistance at roughly the 4200 level. While the market action in the past week has been frustrating for both bulls and bears, I believe the index should be able to advance past the 4200 level to test the old highs and probably make marginal new highs in early June. My bullish view is supported by the behavior of the VIX Index, which has convincingly fallen below its 20 dma after recycling from above its upper Bollinger Band. 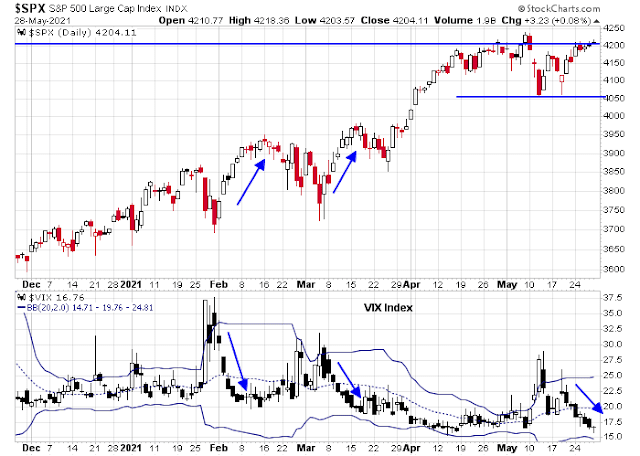 So far, the S&P 500 seasonality is tracking well this year. We have seen a March low, followed by an April rally and weakness in May. If the market continues on this roadmap, the index should correct in late June after it rises to an all-time high in the next two weeks. 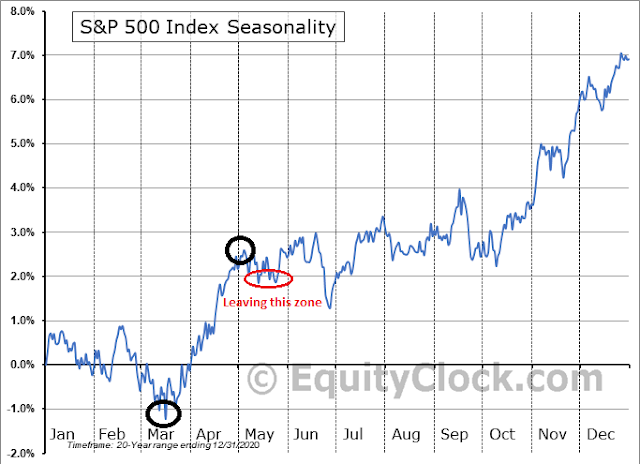 As well, the relative performance of defensive sectors have weakened and several have violated relative support levels. These are signals that the bulls have regained control of the tape. 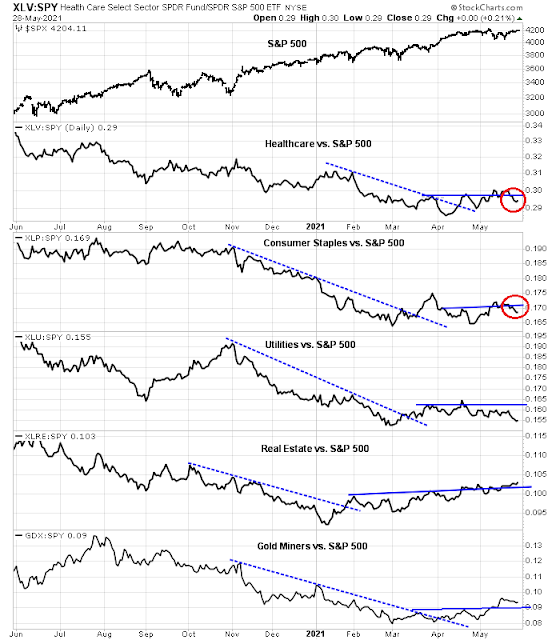 A different kind of rally

As I pointed out in yesterday’s publication (see What a bond market rally could mean for your investments), leadership is expected to shift from value to growth stocks in the near future. The market breadth of value vs. growth is deteriorating, indicating a growth stock revival. 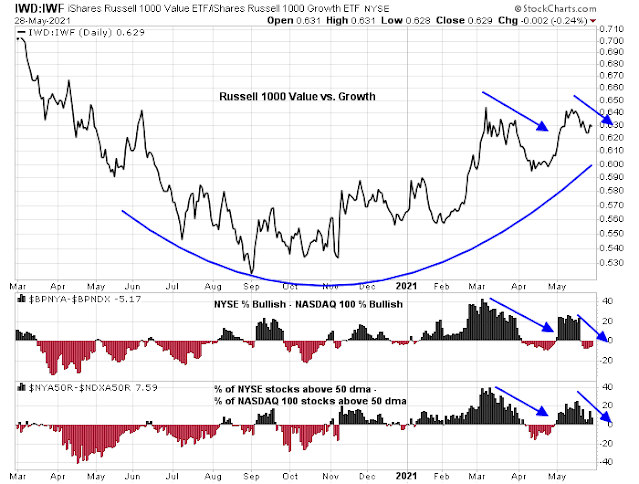 Macro Charts pointed out that one-third of NASDAQ stocks have flashed MACD buy signals, which is another important indicator of underlying strength. 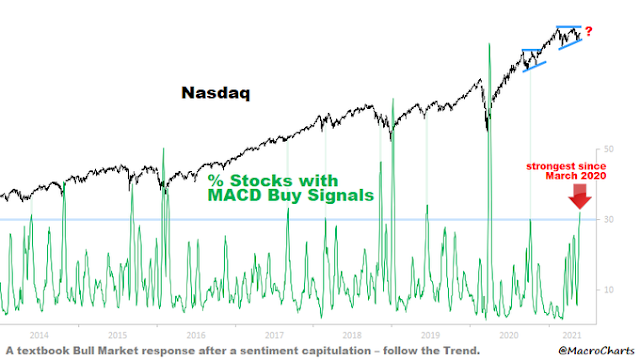 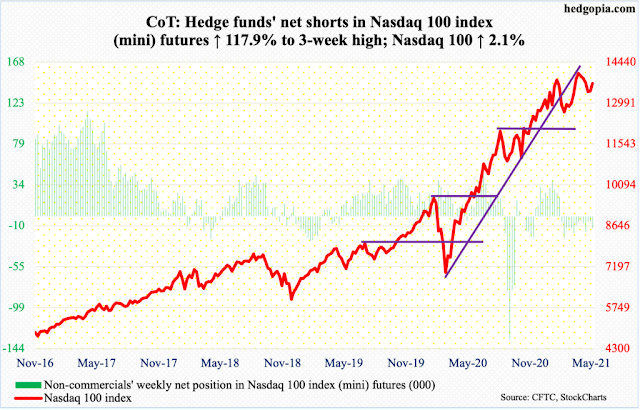 When might the growth stock rally end? Keep an eye on market breadth, such as the percentage of NASDAQ 100 stocks above their 50 dma or the NASDAQ McClellan Oscillator, to reach overbought levels as signals to become more cautious. 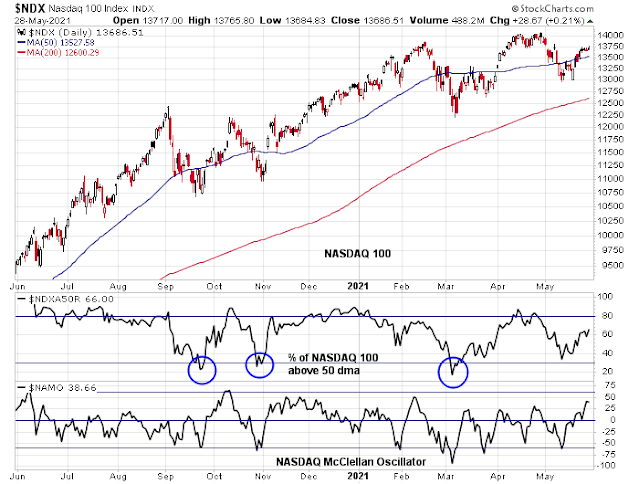 In light of the rising underlying strength in NASDAQ 100 names but a negative RSI divergence in the S&P 500, the S&P 500 may move sideways in the next two weeks while the market undergoes an internal rotation from value to growth. 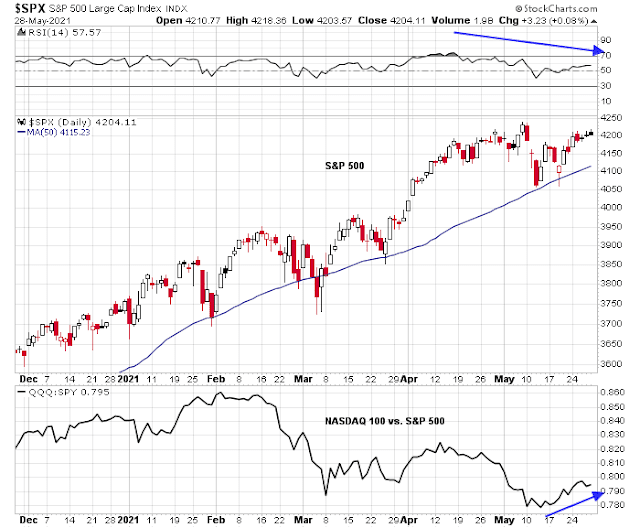 One important test of market psychology will occur Friday with the release of the May Employment Report. As a reminder, the market had expected the gain of 1 million jobs in April and there were whisper numbers that Non-Farm Payroll would come in as high as 2 million. Instead, NFP inexplicably missed expectations with at 266K print. There is a good chance the April figure would be revised substantially upwards and the May NFP gain could bounce back with a gain of over 1 million jobs against a more modest expectation of 620K. How will the stock market react under such a scenario. Will good news be good news or bad news?
In summary, I believe the stock market is poised for additional advances in early June. Expect value stocks to take a breather, and a counter-trend rally by the lagging growth names. However, be prepared for the possibility for the S&P 500 to churn sideways for the next two weeks as the market undergoes an internal rotation from value to growth stocks.