Trading a possible melt-up – Humble Student of the Markets

Mid-week market update: Even as selected sentiment models and market internals scream for caution, the S&P 500 is on the verge of melting up as it tests overhead resistance as defined by a rising trend line. The melt-up condition would be confirmed if the index were to rally through the trend line, which it did on two other occasions in the past 12 months. In that case, the regular trading rulebook goes out the window. 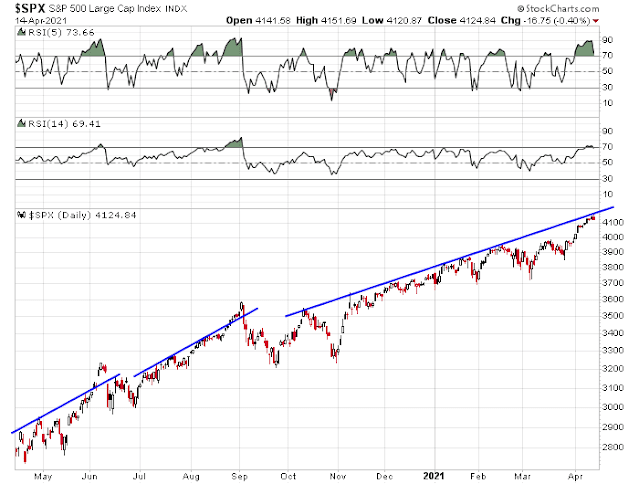 The possible market melt-up can be seen more clearly on the weekly S&P 500 chart. The index is potentially spending two consecutive weeks above its weekly upper Bollinger Band (BB). Past instances of upper BB violations have signaled steady advances that usually terminated with a blow-off top, followed by a sharp sell-off. The most impressive upper BB ride in recent memory occurred in late 2017 and early 2018. That episode lasted about four months. 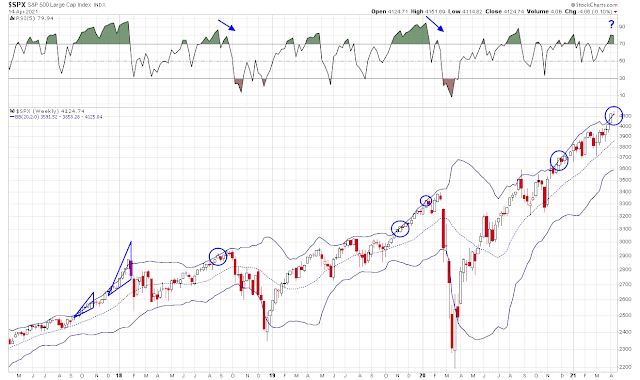 When the animal spirits run, you just don’t know where it all ends.

Overbought advances are accompanied by technical warnings, and the current episode is no exception. Sentiment is extended, as evidenced by the high level of bullishness on the Investors Intelligence survey. 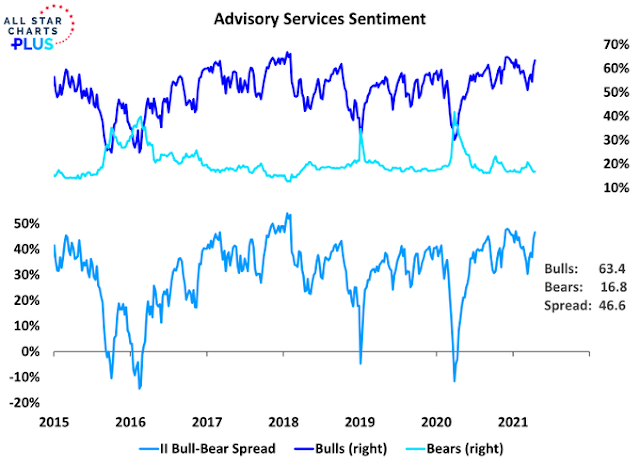 Market breadth presents a weakish picture of market internals. Both NYSE and NASDAQ new 52-week highs have been falling even as the S&P 500 advanced. Moreover, the NYSE Advance-Decline Line had been lagging the S&P 500, though the A-D Line finally made a marginal all-time high this week. 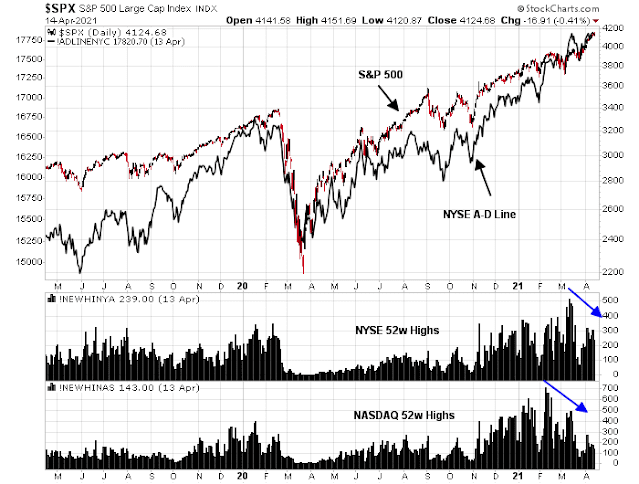 On the other hand, the market has undergone a healthy rotation beneath the surface even as the S&P 500 rose to fresh highs. Value stocks peaked out relative to growth stocks in early March and growth stocks have been the leaders since then. The Value/Growth ratio became oversold on the 5-day RSI and the ratio has since recycled off the oversold condition. This is evidence of a rolling internal correction that can be supportive of further market advances. The risk is a disorderly bullish stampede that leads to a blow-off top and a sharp sell-off. 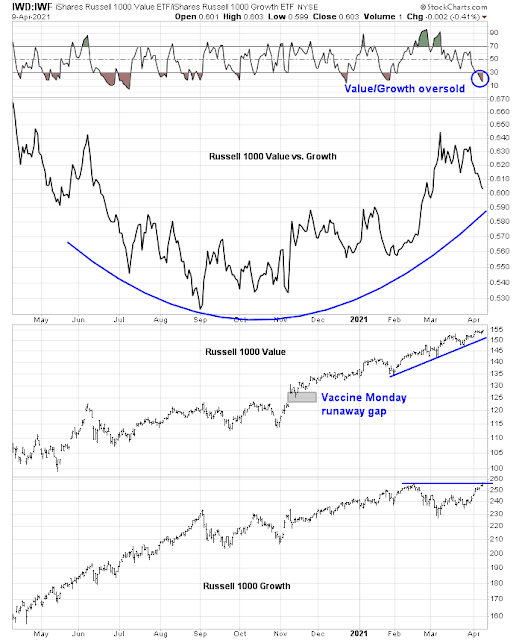 In conclusion, the market is undergoing a possible market melt-up. Volatility is likely to explode in the coming weeks, either on the upside or the downside, and perhaps both. Daily volatility will be exacerbated by the earnings reports of the day. Several large banks reported today, and they all beat expectations. While earnings were enhanced by the release of excessive reserve provisions that banks took last year as the pandemic cratered the economy, each of the banks impressively beat top-line expectations.
My inner investor is bullishly positioned as he believes the intermediate-term trend is up. My inner trader is long and hanging on, but he is maintaining trailing stops to control his risk.
It’s going to be a wild ride.
Disclosure: Long IJS

45 thoughts on “Trading a possible melt-up”