Q1 earnings preview: All calm, but what’s next? – Humble Student of the Markets

Q1 earnings season is about to begin in earnest, with JPMorgan Chase scheduled to report on Wednesday and the rest of the big banks during this week. 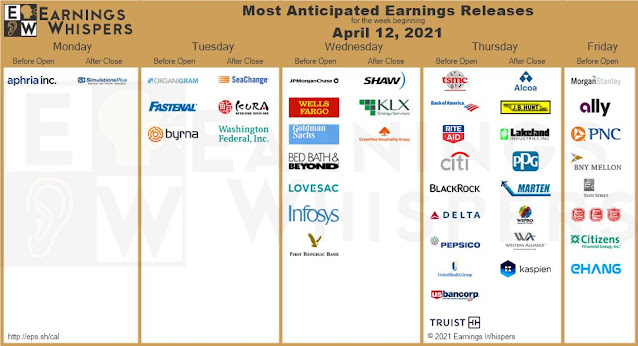 Ahead of the reports, equity volumes have plunged even as the S&P 500 rose to all-time highs. 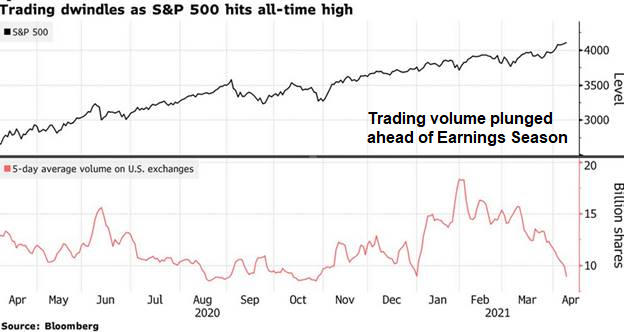 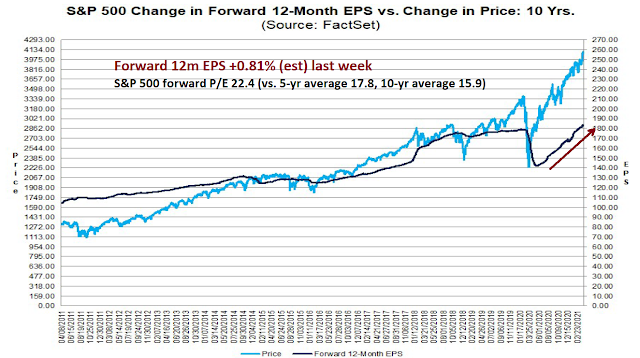 EPS estimate revisions have been positive on all time horizons. Street analysts have raised estimates not just for Q1 and Q2, but across the board into 2022. 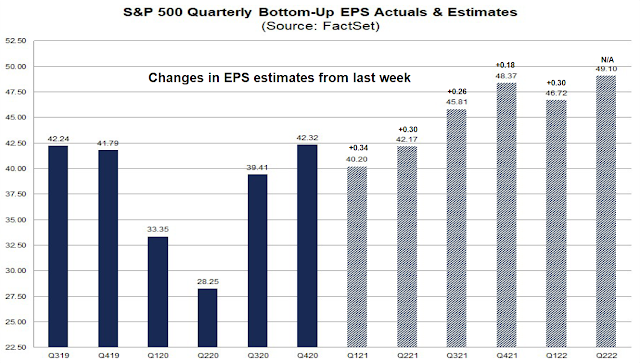 The Transcript, which monitors earnings calls, reported that preliminary indications call for a re-opening boom. The boom has created a number of supply chain bottlenecks, which is especially evident in the semiconductor industry.

Tens of millions of Americans have now been fully vaccinated and the fun is just beginning. Re-opening euphoria and pent-up demand could lead to an economic boom that lasts into 2023. Supply chains, especially semiconductors, are still feeling the effects of Covid, and price pressures continue.

The S&P 500 forward P/E ratio has remained relatively steady since last summer even as the index advanced. This is an indication that it has been forward 12-month EPS estimates drive the market`s gains. 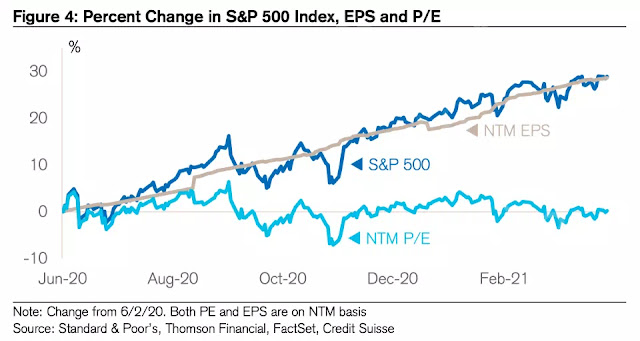 Can this continue? How much of the re-opening boom has been discounted?

The re-opening boom should be especially bullish for small-caps as they are more exposed to the US economy, but the small-cap Russell 2000 is tracing out a possible bearish head and shoulders pattern. Does this mean most of the good earnings news has been discounted?

Before the bears get overly excited, I make several points. First, technical analysis principles specify that a head and shoulders pattern is not complete until the neckline breaks. For example, there was some anxiety among chartists about a potential head and shoulders top in semiconductor stocks this year, especially when SOX broke a rising relative trend line against the S&P 500 (dotted line, bottom panel). As it turns out, the neckline did not break. Instead, SOX rallied to an all-time high. The moral of this story is that head and shoulders patterns are not necessarily bearish. They can be bullish continuation patterns. 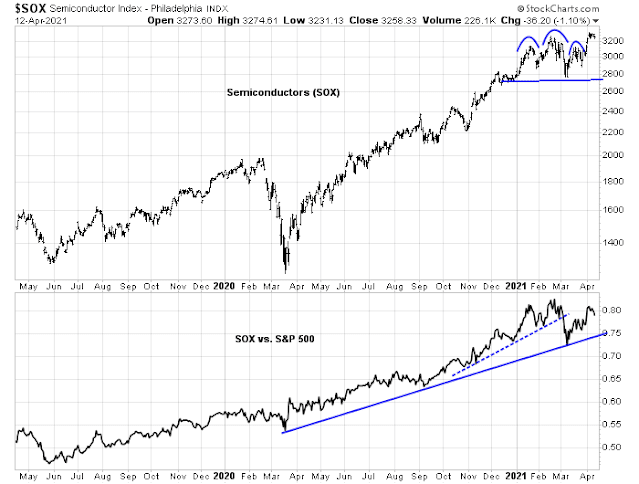 As well, a comparison of the Russell 2000 and the S&P 600, which is another small-cap index, shows the left shoulder of the potential head and shoulders to be less defined. This is reflective of a quality effect. Standard & Poors has stricter profitability inclusion criteria for its indices than Russell. 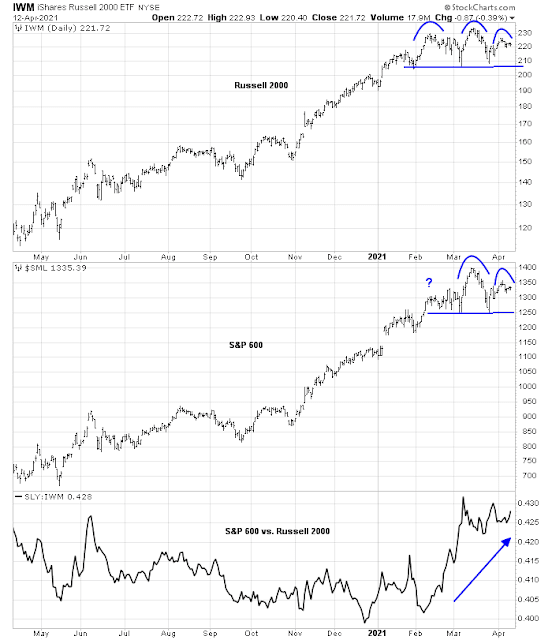 If investors were to move up the market cap band to the mid-cap S&P 400, you really have to squint to see a possible head and shoulders formation. The S&P 400 is in a well-defined uptrend.

In conclusion, the market is poised to report strong Q1 earnings and virtually all macro and fundamental conditions point to a re-opening boom. In all likelihood, Q1 will be another blowout quarter for earnings. I am inclined to give the bull case the benefit of the doubt.

32 thoughts on “Q1 earnings preview: All calm, but what’s next?”