Another “good overbought” advance? – Humble Student of the Markets

Mid-week market update: Despite my warnings about negative divergence, the S&P 500 continued to rise and it is now testing a key trend line resistance level at about 3920. Much of the negative breadth divergence have disappeared, though Helene Meisler observed that about 35% of the NASDAQ new highs are triple counted. 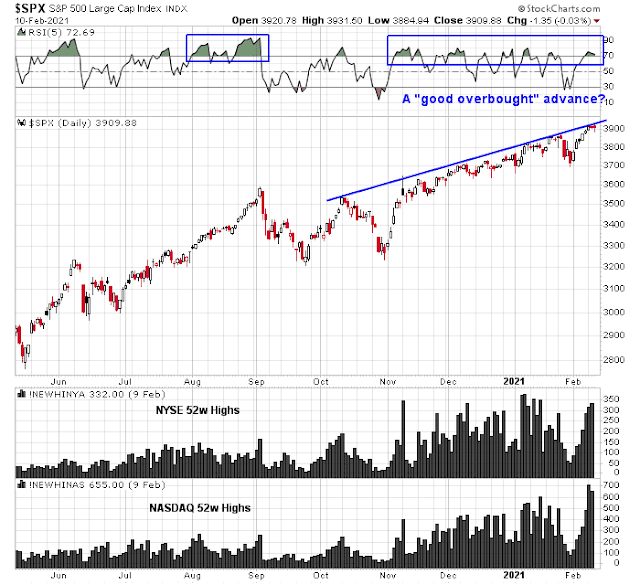 Is this another instance of a “good overbought” sustained advance?

There is nothing more bullish than a market making new highs, and FOMO (Fear of Missing Out) price momentum has been relentless. Rob Hanna at Quantifiable Edges found that persistent moves to new highs rarely end abruptly.

Moreover, the price momentum factor, which measures whether market leaders continue to lead the market upwards, is also strong. 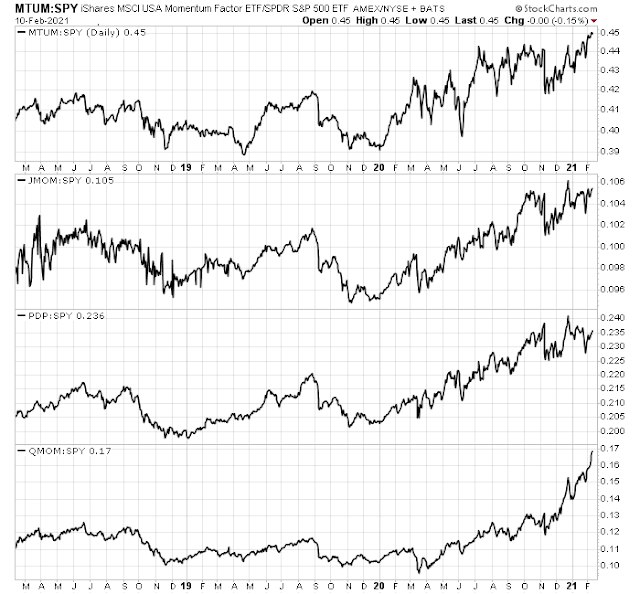 Macro Charts observed that the equity beta of macro hedge funds is in neutral territory, indicating a potential for a beta chase should the stock market rise further. 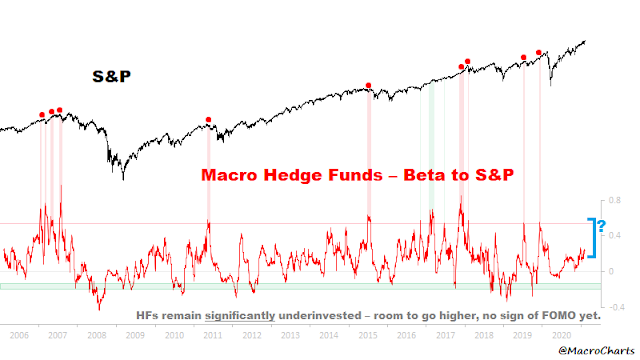 On the other hand, do you really want to be chasing a market characterized by extreme giddiness? What do you call a market that celebrates a cash-starved car manufacturer like Tesla buying $1.5 billion in Bitcoin (instead of, say, investing in better and more manufacturing)? Bloomberg also reported that former NFL quarterback-turned activist Colin Kaepernick is co-sponsoring a SPAC.
What do you call a market when Reuters reported that a 12-year-old South Korean boy with 43% returns is the new retail trading icon? 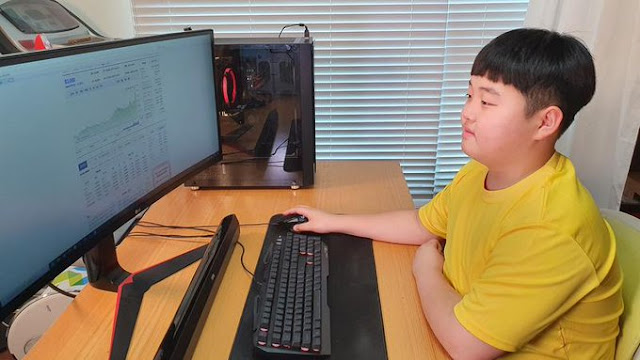 Notwithstanding anecdotal stories about Korean youngsters trading the market, BoA reported that private client equity allocation is near cycle highs.

While overly bullish sentiment is an inexact market timing signal, the atmosphere is becoming reminiscent of the dot-com era of the late 1990s.

Time for a pause

In the short-run, the market is likely due for a pause. Urban Carmel pointed out that the CBOE equity put/call ratio recently fell below 0.4. If history is any guide, the market has experienced difficulty rising over the short-term. However, most of the episodes in the past year have resolved themselves with sideways consolidations rather than pullbacks. 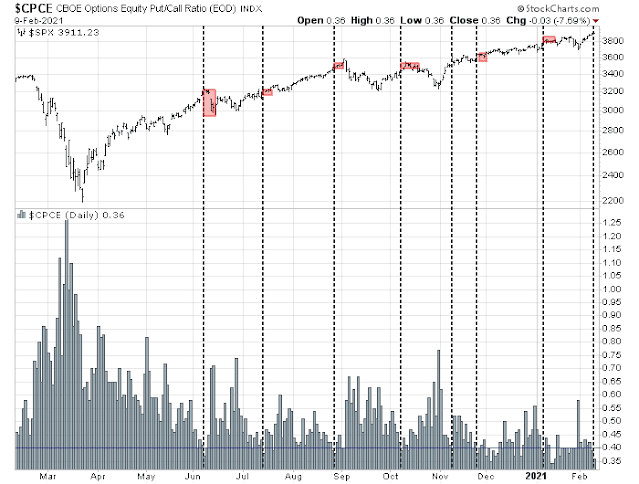 In addition, the NYSE McClellan Oscillator reached an overbought extreme on Monday. In the past two years, the market has paused and pulled back after such conditions.

My base case scenario calls for some sort of sideways consolidation and minor market weakness over the next one or two weeks.

16 thoughts on “Another “good overbought” advance?”