Waiting for the breakout – Humble Student of the Markets

Mid-week market update: It’s difficult to make a coherent technical analysis comment on the day of an FOMC meeting, but the stock market remains in a holding pattern. While the S&P 500 remains in an uptrend (blue line), it has been consolidating sideways since late November and early December. 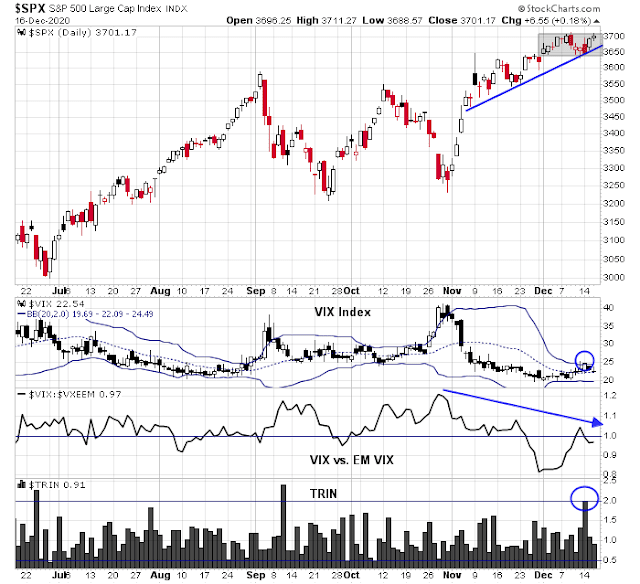 Until we see either an upside breakout or downside breakdown out of the trading range (grey area), it’s difficult to make a definitive directional call either way. The bull can point to a brief spike of the VIX above its upper Bollinger Band on Monday, which is a sign of an oversold market. TRIN also rose to 2 on Monday, which can be an indication of panic selling. As well, the VIX Index is normalizing relative to EM VIX since the election. The US market has stopped acting like an emerging market as anxieties have receded. As the S&P 500 tests the top of the range, these are constructive signs that the market is about to rise. On the other hand, the bears can say that even with all these tailwinds, the stock market remains range-bound and unable to stage an upside breakout, indicating that the bulls are having trouble seizing control of the tape.

The market is definitely showing signs of consolidation. The Vaccine Monday rally of November 9, 2020 marked a turnaround in risk appetite and factor leadership. Since then, small caps and value stocks have led the way. These “Great Rotation” groups gapped up on Vaccine Monday by exhibiting runaway gaps and haven’t looked back since. 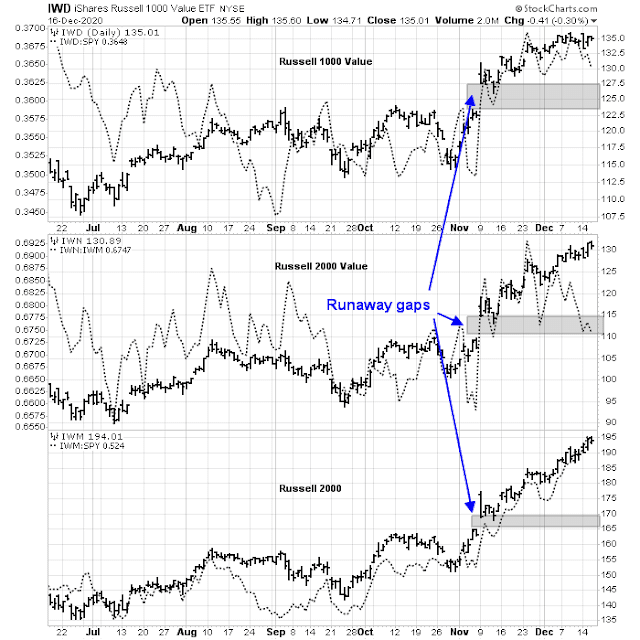 These are signs of consolidation and a market digesting its gains.

What’s next? One of the bearish tripwires that I outlined on the weekend (see Time for another year-end FOMO rally?) has been triggered. The low-quality small cap Russell 2000 is outperforming the high quality S&P 600. This is an early warning of a correction, especially in light of the highly extended nature of sentiment readings. However, the low quality factor signals of impending weakness have tended to be early in the past. Large cap quality are still performing well. These conditions are not an immediate cause for concern. 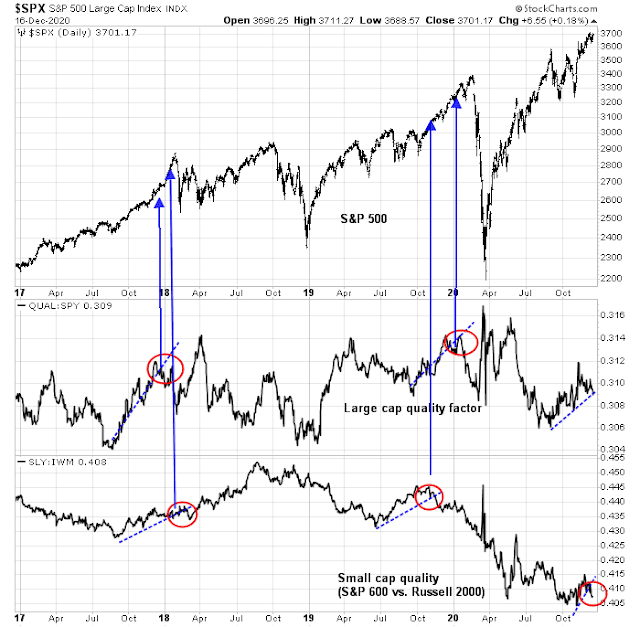 In the short run, the market is enjoying some seasonal tailwinds. This is option expiry week, and Rob Hanna at Quantifiable Edges found that December OpEx week has historically been bullish. 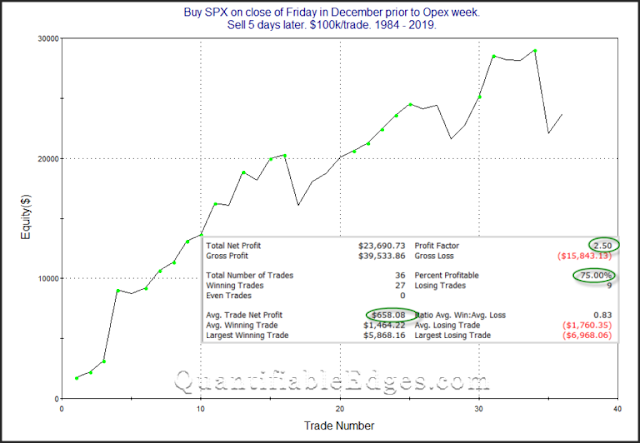 As well, seasonal patterns have tended to be bullish this time of year. I see few compelling reasons why this year would be an exception. 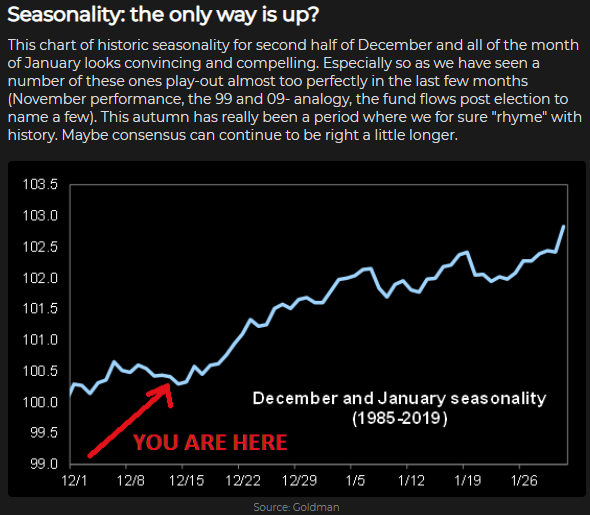 I interpret these conditions as a market poised for a year-end rally into January. Enjoy the party, but watch out for the hangover in a month.

20 thoughts on “Waiting for the breakout”