A crowded long, or a “good overbought” advance? – Humble Student of the Markets

Mid-week market update: In case you missed it, the Dow Theory flashed a definitive buy signal. Both the Dow Jones Industrial and Transportation Averages made all-time highs on Monday. This is the granddaddy of all technical analysis systems, and investors should sit up and pay attention. Moreover, the Dow may be tracing out a series of “good overbought” conditions that are indicative of a sustained rally. 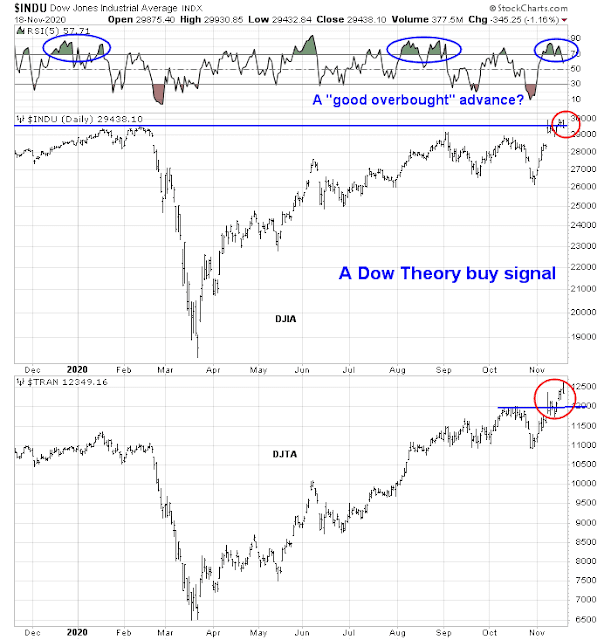 On the other hand, sentiment models are flashing crowded long and overbought signals. Is the market ripe for a pullback, or is this the start of a “good overbought” advance?

The bull case is simple. There is nothing more bullish than higher prices. In addition to the Dow, the broadly based Wilshire 5000 is also overbought, and possibly rising on a series of “good overbought” conditions. In addition, the VIX Index has not breached its lower Bollinger Band, which is a warning of an overbought signal and prelude to corrective action. 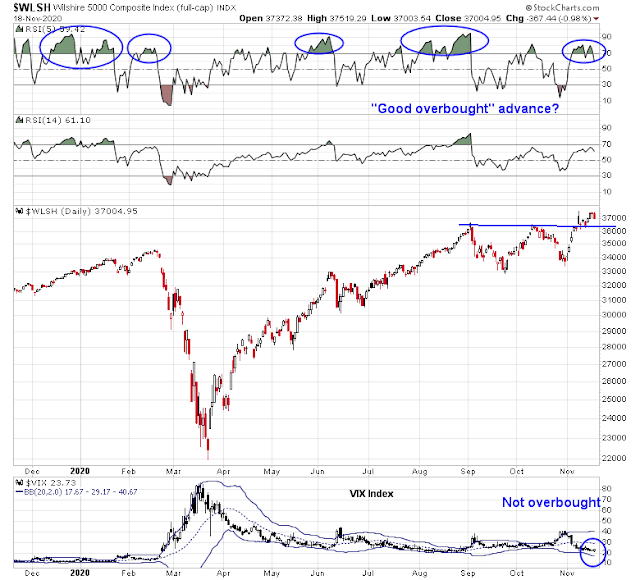 On the other hand, sentiment models are at or near bullish extremes, which can be contrarian bearish. 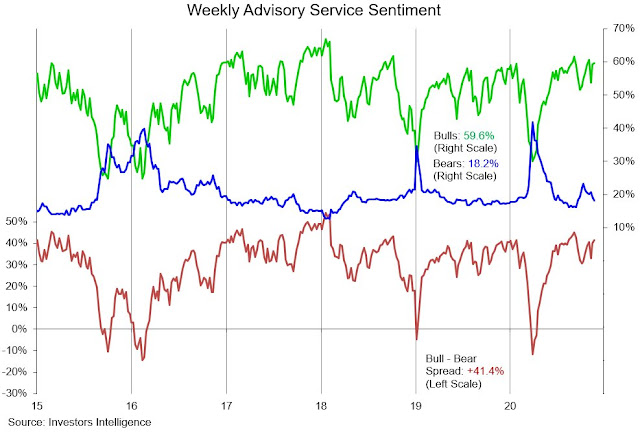 There has been some excitement that the percentage of S&P 500 stocks trading over their 200-day moving averages (dma) have risen above 80%. In the past, such conditions have either been signals of a prolonged bull phase (grey), or corrective action (pink). It’s difficult to know how the latest episode will be resolved. Sentiment models, such as AAII weekly sentiment, are not helpful. AAII has flashed excessive bullish readings during prolonged bull phases and corrective phases. 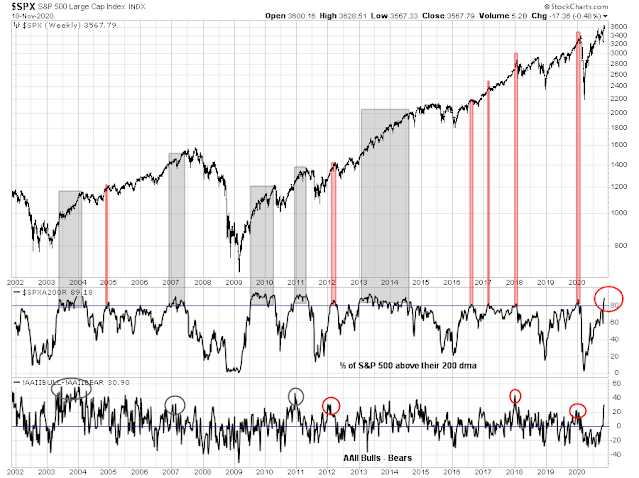 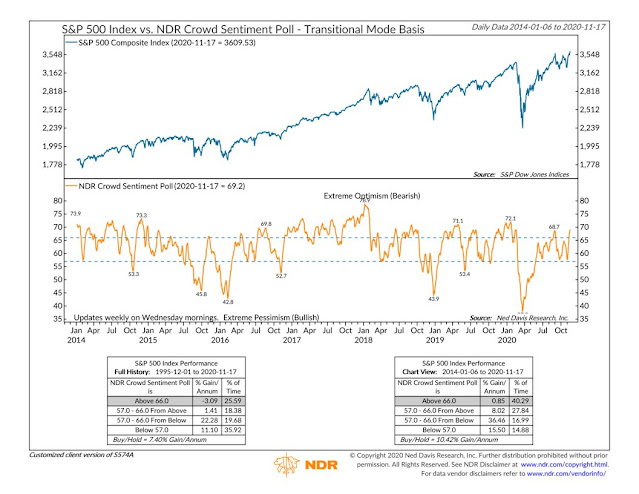 So what’s the verdict? Is the market about to take off, or pull back?

My inner trader dipped his toe in the water on the long side today, but he was stopped out at the S&P 500 5-day moving average near the close. The trading model signal is neutral.

The probability of the correction scenario is rising. Keep an open mind to all outcomes.

32 thoughts on “A crowded long, or a “good overbought” advance?”