Value picks and pans – Humble Student of the Markets

I recently made a presentation at a virtual conference, and an audience member asked me to name some of my favorite value sectors. I had a few answers, but let me start with what I would avoid, namely financial stocks.

Financial stocks are statistically cheap and comprise a significant weight in most value indices. However, they have a number of challenges not encountered by other value stocks. Bloomberg reported that the Biden transition team is made up of people with a bias towards greater financial oversight and regulation, such as Gary Gensler:

His role in Biden’s transition might make some on Wall Street uneasy. When Gensler led the CFTC, he implemented new rules that made him a scourge of banks’ lucrative swaps-trading desks. He also pushed investigations into the manipulation of benchmark interest rates that resulted in firms paying billions of dollars in penalties.

Others on Gensler’s team include Dennis Kelleher of Better Markets, a group that advocates for tougher regulation, and Amanda Fischer, the former chief of staff to California Representative Katie Porter, who also supports tighter market rules.

Banking profitability is also at risk of being eroded by financial repression. While the Fed has committed to holding short-terms down for a long time, it is silent on the longer end of the yield curve. The 10-year Treasury yield is already nearing 1%, how much higher can the Fed tolerate? While the two are not directly comparable, the 10-year Treasury yield now exceeds the 10-year Greek yield. (Yes, that Greece)! 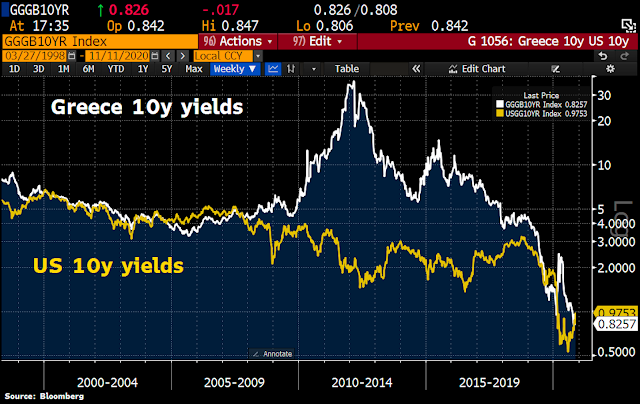 We have seen how financial repression has devastated the European banking sector, and the underperformance of financial stocks is a global phenomenon. Will the US be any different?

There are better value opportunities. Avoid.

Energy skids to the smallest sector in the S&P 500

One of the characteristics of contrarian value is a stock or sector that is so unloved that it makes buyers feel positively queasy. The obvious candidate is energy, which has skidded to the smallest sector weight in the S&P 500. The relative performance of the sector shows some constructive signs. While the relative performance of large-cap energy to the S&P 500 exhibits a lower low, the relative performance of small-cap energy is testing a key relative support level and possibly tracing a double bottom (top panel). In addition, the high beta small-cap energy stocks are outperforming low-beta large caps (bottom panel), which is another constructive sign. As the global economy recovers, energy demand should grow, and the current over-supplied oil market will turn into a deficit. 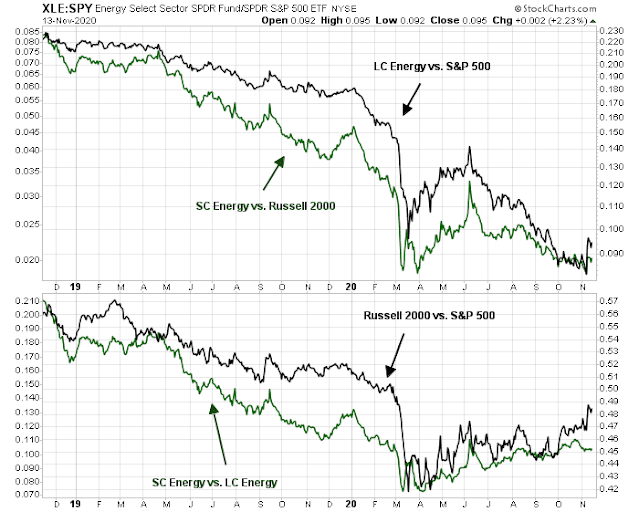 A different kind of Thanksgiving Turkey

Looking outside the US, there are two cheap emerging equity markets that make investors queasy with potentially large gains. The first is Turkey, which has undergone a currency crisis. Net reserves are negative, and they are at risk of being sanctioned by Biden for purchasing a Russian missile system. Over the last weekend, President Erdogan fired the head of the central bank, and the finance minister, who is Erdogan’s son-in-law, tendered his resignation. 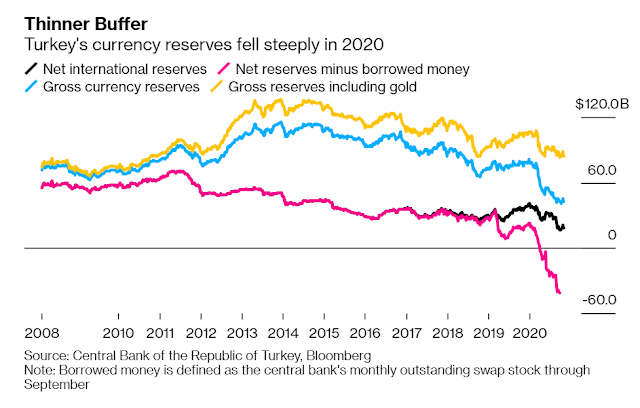 Turkish equities are cheap, both on an absolute basis and relative to their own history. This is a washed-out market. The Turkish central bank is expected to meet on Thursday, and the market expects a significant increase in the one-week repo rate. Watch for fireworks. 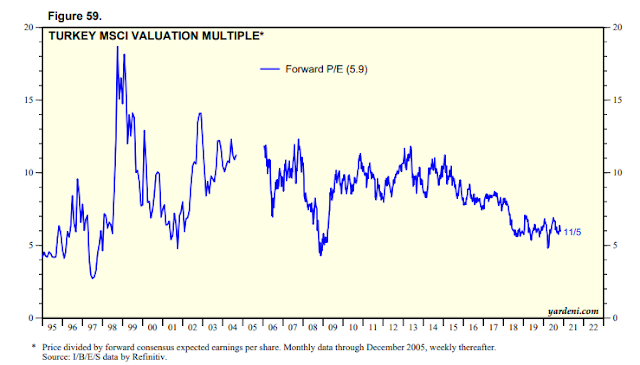 Another EM country that is trading at rock-bottom valuations compared to its own history is Malaysia. 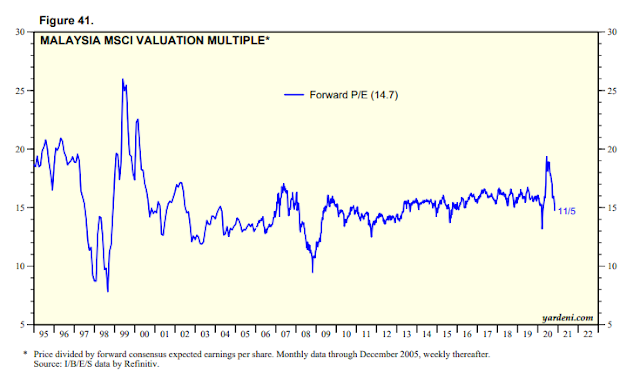 The relative performance of these two countries is tracing out constructive patterns indicating that they are becoming immune to bad news. Turkey rallied and regained a relative support level, and Malaysia is testing a key area of relative support. 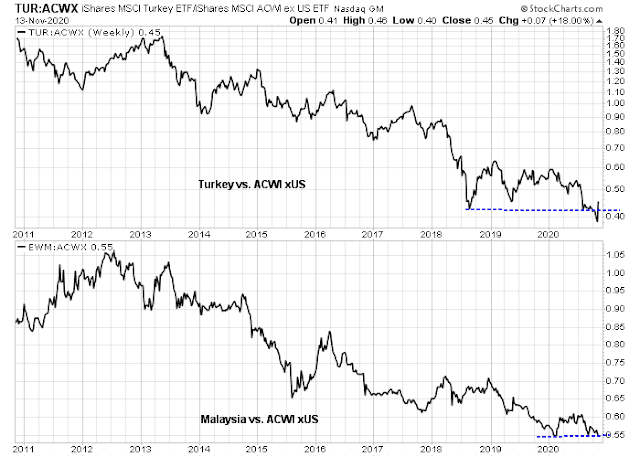 Buy them if you dare.

55 thoughts on “Value picks and pans”