Everything you need to know about the Great Rotation, but were afraid to ask – Humble Student of the Markets

The market lurched upwards on Vaccine Monday on the Pfizer-BioNTech news that it had found promising results in its vaccine trial. In a “Great Rotation”, investors piled into value stocks and abandoned former growth darlings. The Daily Shot published this chart from Goldman Sachs estimating how a successful vaccine rollout could impact sectors. But that’s not the entire story. 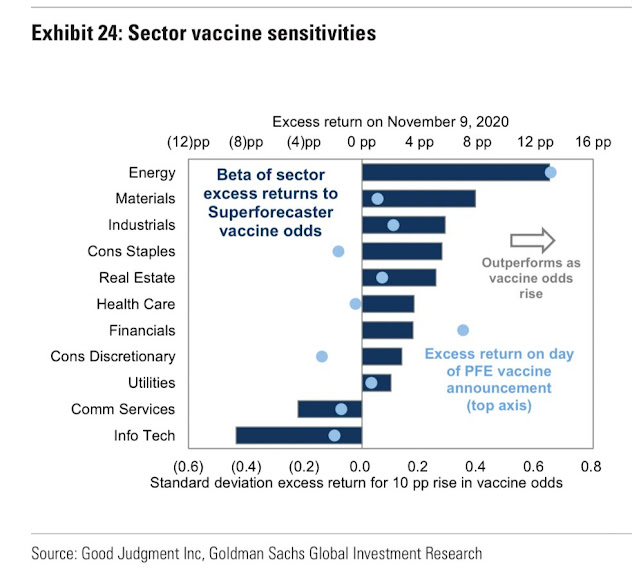 Here is everything you need to know about the Great Rotation but were afraid to ask, and why it’s the signal for a new bull market.

In response to the vaccine news, bond yields surged. The bond market sold off, and the yield curve steepened. It was therefore no surprise that growth stocks weakened, while value stocks were bid. The following chart illustrates the duration effect of growth stocks. The relative performance of the NASDAQ 100 is inversely correlated to the 10-year Treasury yield.

Here is another way of thinking about the shift brought about by the Great Rotation. In a recession, investors bid up growth stocks when economic growth is scarce. Coincidentally, bond yields also fall in recessions. The vaccine news upended the recession narrative and brought hope for a sustained recovery. Bond yields rose, and a rotation began from growth into value.

Correlation isn’t causation, but these macro factors are intricately connected.

I have been monitoring the cyclical and reflation thesis for several weeks (see Buy the cyclical and reflation trade?) and I have been waiting for a confirmation that the global economy is on the rebound. My main criteria was a break the leadership of the Big Three factors, namely the US over global stocks, growth over value, and large-caps over small-caps. We now have definitive signs of breaks in all three factors. When the character of the macro environment changes, so does the leadership. 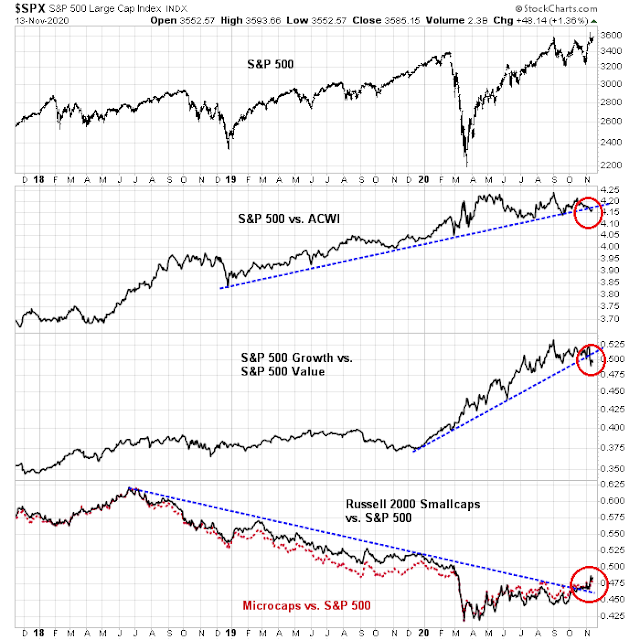 Drilling down to the changes in global leadership, we can see that US stocks remain in a well-defined uptrend against developed market stocks, as measured by MSCI EAFE. It is against EM equities that the S&P 500 is badly lagging, and against China in particular. Even if we were to eliminate China from the EM index, the S&P 500 broke an uptrend against EM xChina (bottom panel). 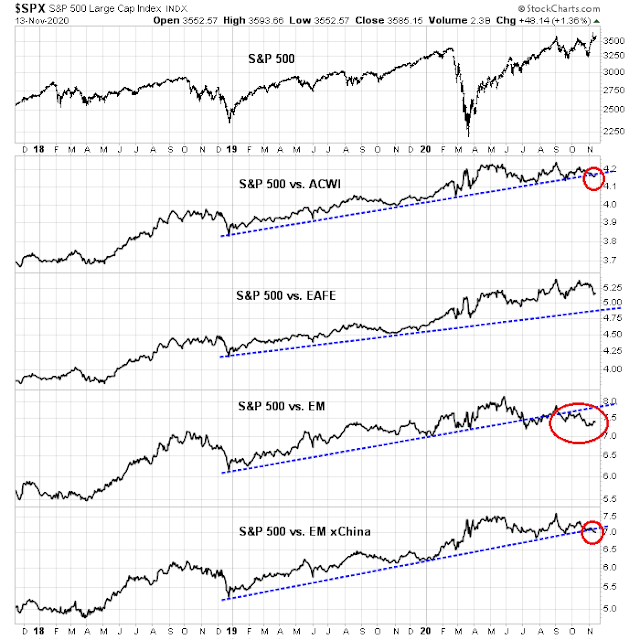 The growth and value relationship break is especially evident in the following analysis, no matter how growth and value stocks are defined. The large-cap growth/value ratios traded sideways since early September in line with the S&P 500. However, the small-cap growth/value ratios provided an early warning of the break, as they have been flat since early July and broke down in late October. 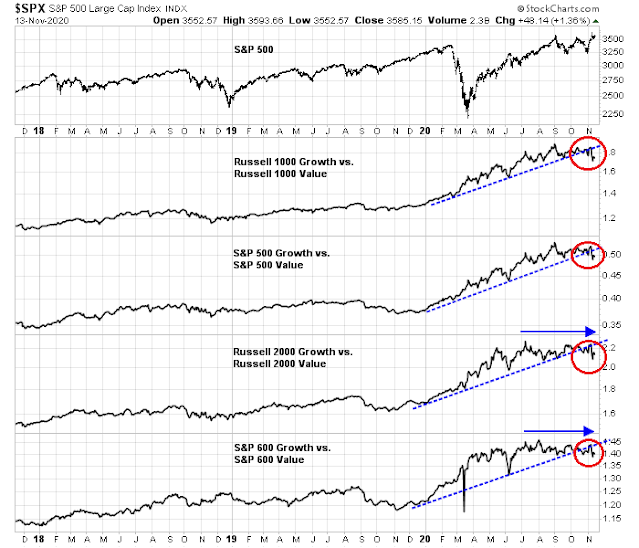 The reversal by market capitalization factor is equally clear. Both the S&P 600 and Russell 2000 have staged upside relative breakouts against the S&P 500. 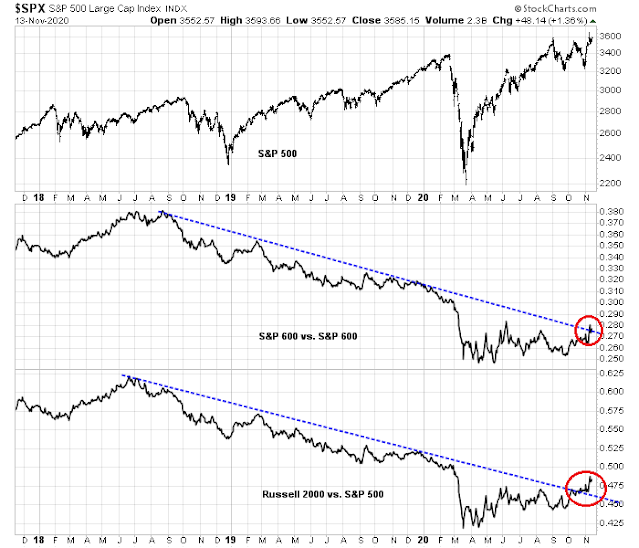 Positioning for a cyclical rebound

The market had already been anticipating a global cyclical rebound, and the vaccine news made the thesis more definitive. Commodity prices are behaving better. Commodity indices have recovered above their 50 and 200 day moving averages (dma). More importantly, the cyclically sensitive copper/gold ratio is turning up. 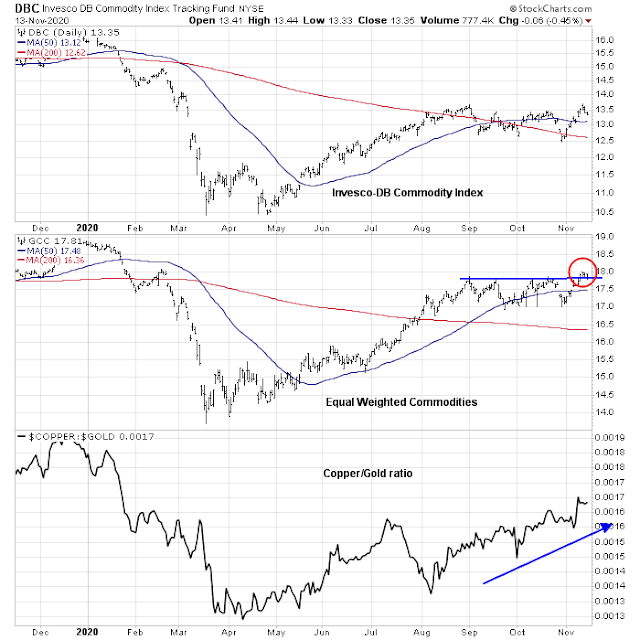 US cyclical sectors and industries are also tracing constructive patterns in their relative performance. All are turning up. Semiconductors, which are both cyclically sensitive and considered to be growth-cyclicals, are on fire. Even Leisure and Entertainment, which supply consumer services that have been devastated by the lockdown, are ticking up. 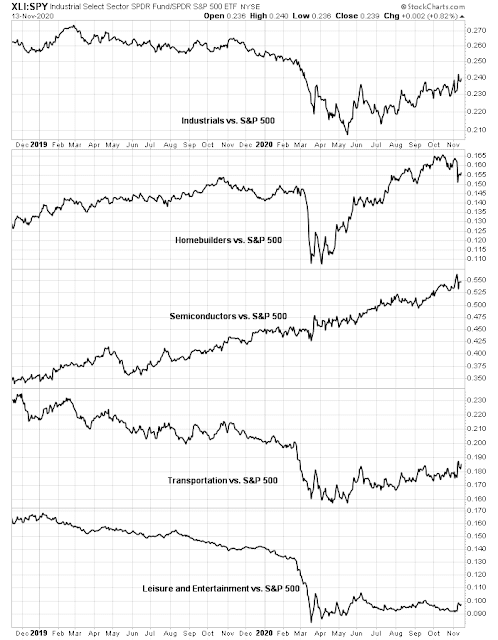 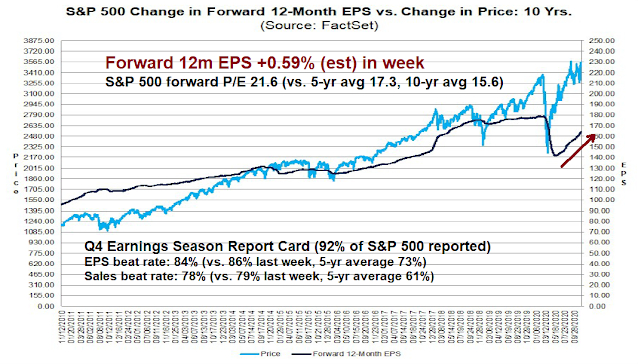 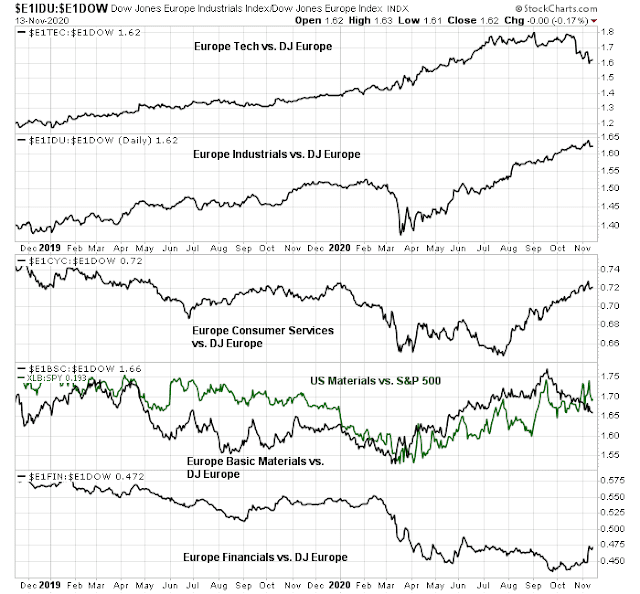 As a consequence of the breadth and scope of market signs of a global rebound, the Asset Allocation Trend Model signal has now been upgraded from neutral to bullish. This also means that the Ultimate Market Timing Model, which turned bearish upon the signs of a recession and a risk-off signal from the Trend Model, is also bullish.

None of this depends on the success of the Pfizer-BioNTech vaccine. However, the market response to the Pfizer-BioNTech news is a window of how the market is likely to respond in a world where global health authorities begin to get the pandemic under control and growth returns to some semblance of normality.

As a reminder, a simulated portfolio of actual Asset Allocation Trend Model signals using some simple asset allocation rules was able to achieve equity-like returns with balanced-fund like risk. 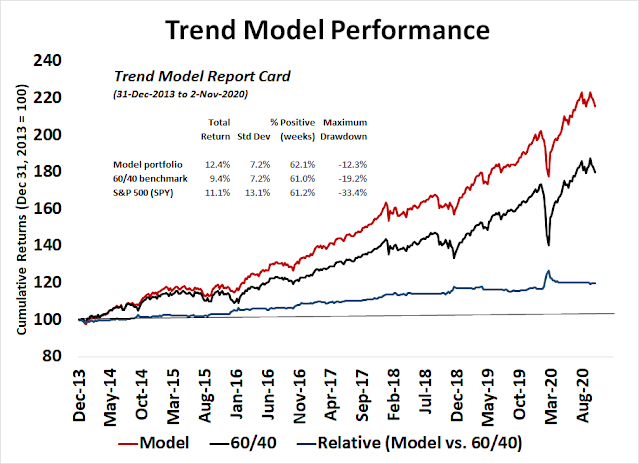 Equity bullish, with a caveat

With the Trend Model turning bullish, does this mean that investors should raise their equity weights? The answer is a qualified yes. Global market cap has reached an all-time high, which is bullish. 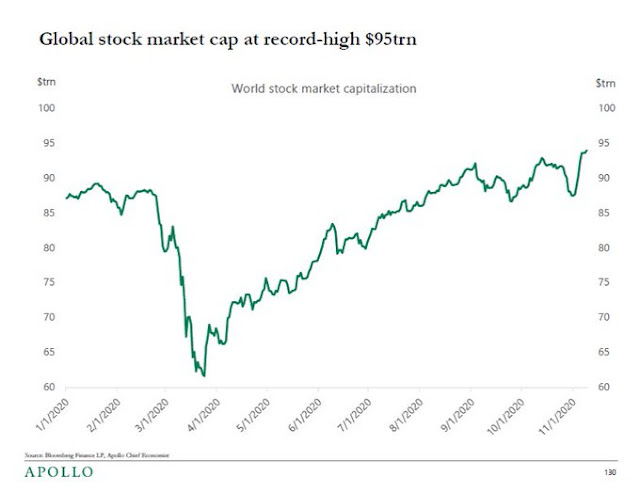 For US-focused investors, it’s another story. An analysis of the sector breakdown of the S&P 500 highlights a dilemma. Big Tech growth sectors comprise 43.4% of S&P 500 index weight, while cyclical sectors are only 19.9%. If the market experiences a rotation from growth to cyclical and value stocks, how will the S&P 500 be able to rise significantly if large-cap growth make up such a large portion of the index? 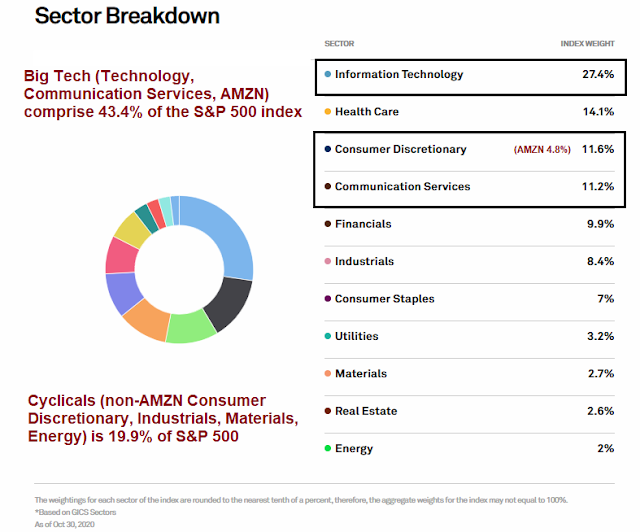 Instead, equity bulls should focus on non-US markets. US stocks have historically traded at a slight forward P/E premium to non-US markets, but the premium began to widen from its historical norms starting in about 2016 and it has become extremely stretched. Investors should be able to find better values elsewhere, especially if the global economy were to recover. 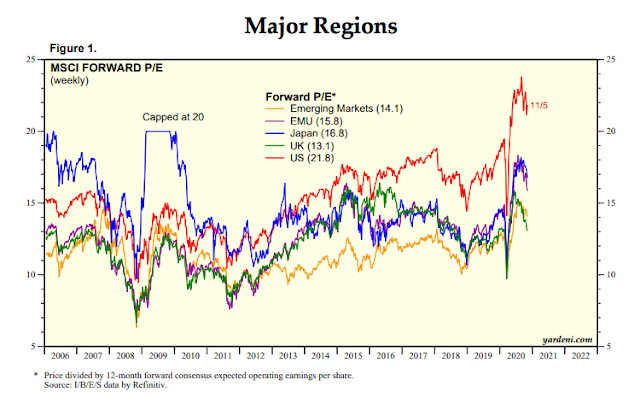 In conclusion, last week’s Vaccine Monday rally was the spark for a Great Rotation from US into non-US, growth into value, and large-caps into small-caps. While the rotation is not dependent on the specific success of the Pfizer-BioNTech vaccine, the news nevertheless opens the window into what might be possible once health authorities get the pandemic under control and the global economy recovers. The market is only on the initial phase of the Great Rotation, which should usher a stampede into a cyclical and reflation trade that will last for many months.

15 thoughts on “Everything you need to know about the Great Rotation, but were afraid to ask”