Mid-week market update: There is an adage that when dentists start to buy, you should be selling. I came upon a tweet by a resident in Los Angeles with a dentist in the Santa Monica area. The dental office is expecting riots next week, regardless of who wins the election. 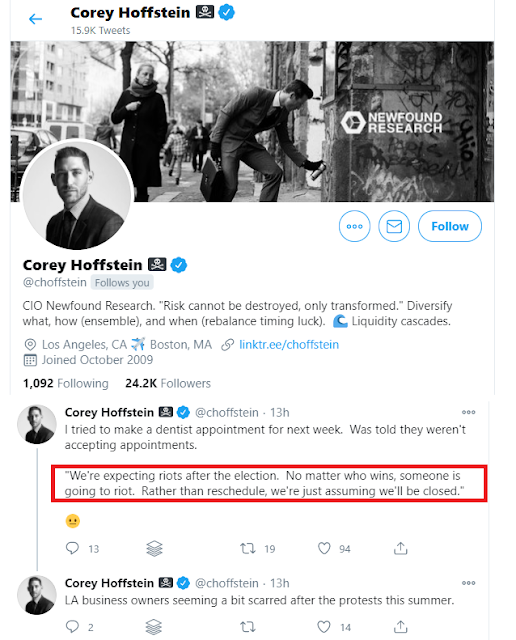 FBI firearm background checks are surging. Anecdotally, both sides are arming themselves in preparation for civil unrest. 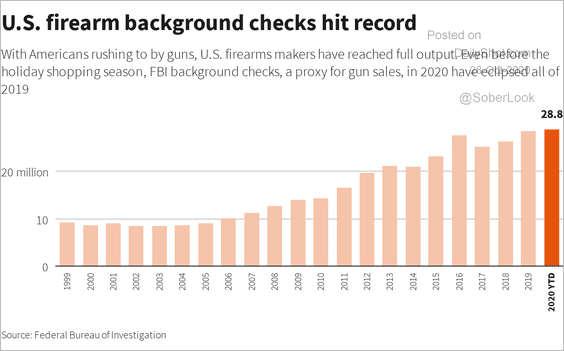 Is this peak fear? It is time to buy the panic?

Notwithstanding this week’s market weakness, this chart of asset class implied volatility (IV) shows that fear levels spike the week of the election, and retreat afterward. 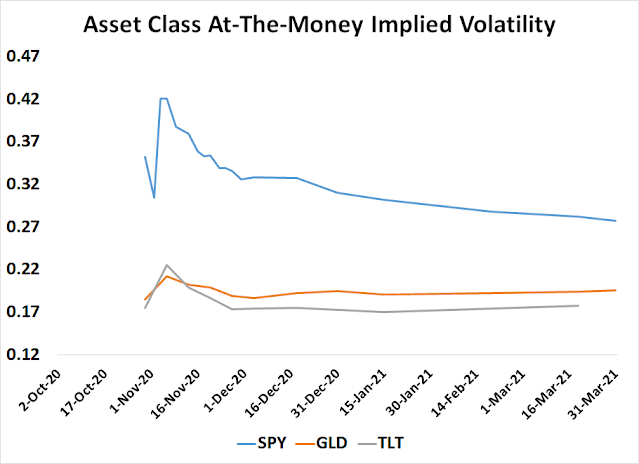 Other indications of market panic are evident. The VIX Index has spiked above its upper Bollinger Band (BB), which is a sign that a temporary bottom is near. That said, the VIX went on an upper BB ride during the February-March decline and took some time to actually bottom. The prudent course of action is to buy when the VIX recycles below the upper BB after a spike above. 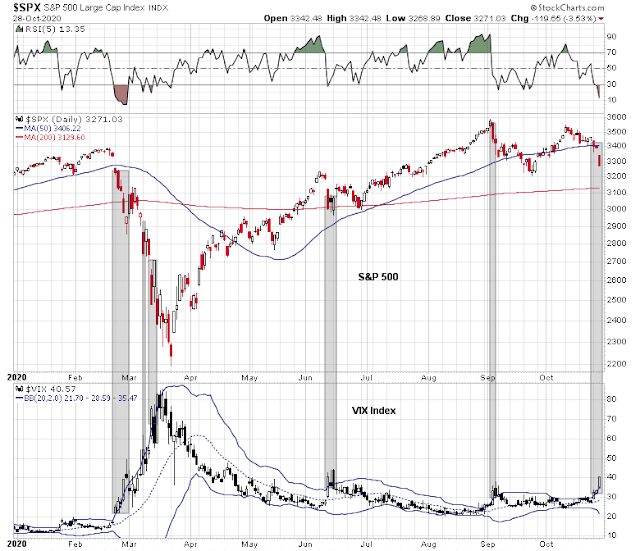 As well, my estimate of the Zweig Breadth Thrust Indicator reached an oversold level today, which can be a sign of a short-term bottom. The caveat is this indicator also stayed oversold for some time before bottoming in March. 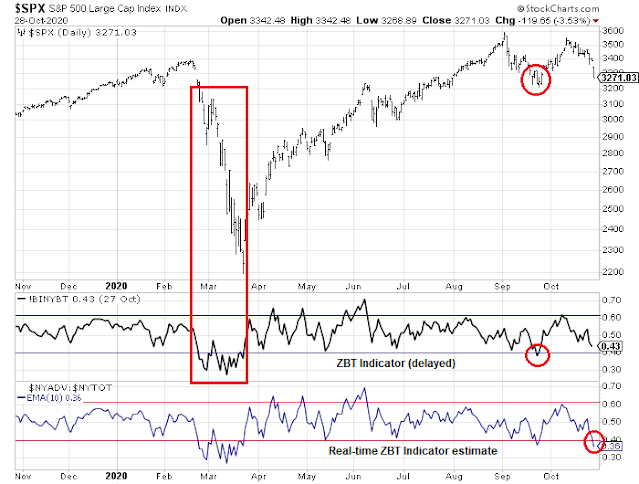 The risk-off tone is not solely attributable to election jitters. A second and third wave of the pandemic seems to be taking hold. Across the Atlantic, the DAX skidded through its 200 dma on the news of fresh lockdowns in Germany. The CAC is already trading below its 200 dma, and it weakened today on the news of French lockdowns. 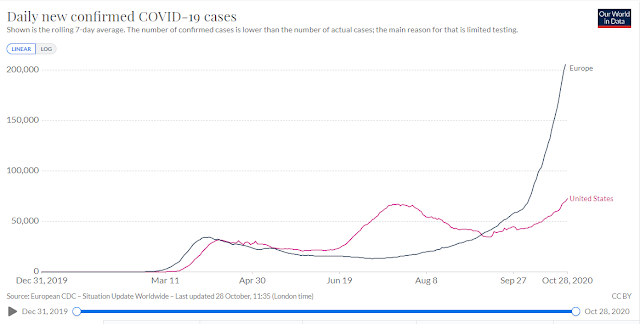 When the market panics like this, it’s difficult to call an exact bottom, but we may be nearing a short-term tradable bounce. One of the constructive signs is the behavior of the NASDAQ 100, which has been the market leader for much of this year. The NASDAQ 100 remains in a relative uptrend against the S&P 500, which is a positive sign for the bulls. 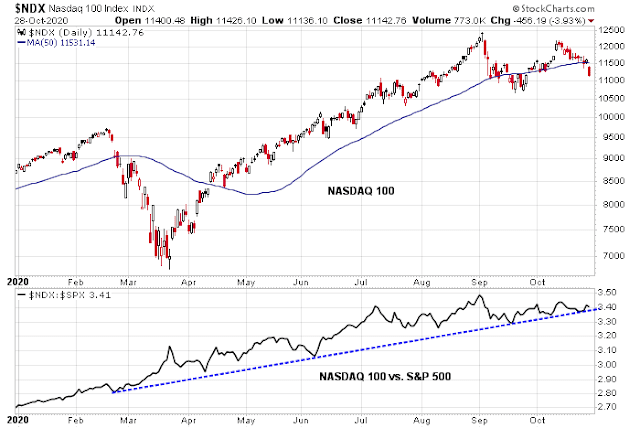 I wrote on Sunday (see How the Election held the market hostage) that it may be time to position for a reversal trade:

Tactically, it may pay to position for a reversal. If the market were to rise in the coming week into the election, a prudent course of action might be to sell ahead of the event, On the other hand, significant market weakness could be construed as a buying opportunity.

I also wrote on Monday (see The momentum vs. seasonality dilemma) that traders are caught between negative momentum, as evidenced by Monday’s 90% down day, and positive seasonality for the last four trading days of October. It seems that momentum is winning out. Is it time to position for a reversal?

My inner investor is deploying some cash at these levels. My inner trader is staying on the sidelines until after the election to avoid event risk.