The momentum vs. seasonality dilemma – Humble Student of the Markets

I have some good news and bad news. The good news is the option market isn’t as concerned about the prospect of a contested election. The chart below shows the history of the term structure of at-the-money implied volatility (IV). The latest readings shows that IV spikes just after Election Day, and deflates slowly afterward. The bad news is it took a -1.9% decline in the S&P 500 to invert the term structure to create this condition. 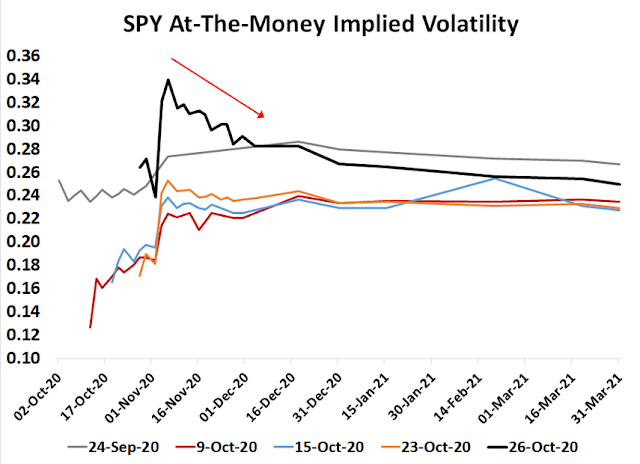 We can see a similar result from the IV of other asset classes. The chart below shows the at-the-money IV of gold (GLD), and long Treasury bonds (TLT), with the caveat that IV is not applicable to bond prices because and bond price volatility is not constant over time, though IV remains a useful shorthand for expressing volatility for option traders. The shape of the IV curves are all roughly the same across different asset classes. They all spike at the election, and fall off soon after. 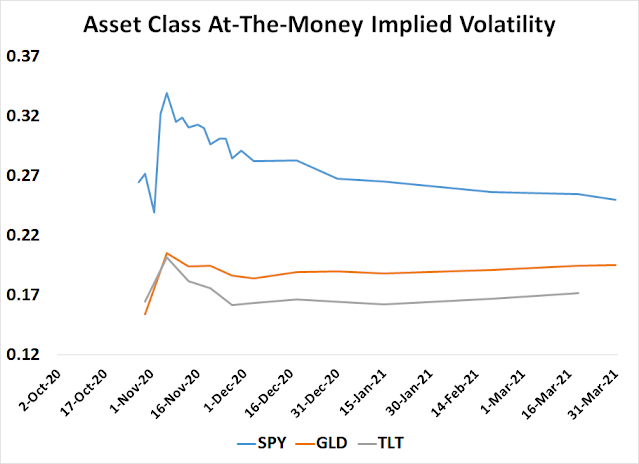 That said, the threat of a disorderly electoral result is very real. Reuters reported that roughly 40% of Democrats and Republicans would not accept a loss by their side and a smaller proportion would resort to violence to assert their displeasure.

More than four in ten supporters of both President Donald Trump and his Democratic challenger, Joe Biden, said they would not accept the result of the November election if their preferred candidate loses, Reuters/Ipsos poll found.

Smaller portions would take action to make their displeasure known: 22% of Biden supporters and 16% of Trump supporters said they would engage in street protests or even violence if their preferred candidate loses.

So what are to make of Monday’s price action. The market exhibited a 90.7% down to up volume day. Lowry’s interprets 90% down volume days as bearish, and they have to be negated by either a 90% up volume day, or consecutive 80% up volume days to turn the tape bullish again.

SentimenTrader also observed that recent initial instances of 90% down volume days have tended to be bearish, and resolved with downside follow-through. However, the sample size is small (n=3). 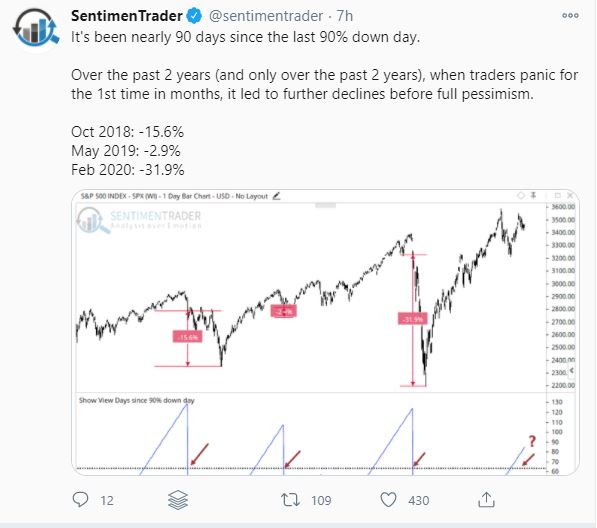 Does this mean that bearish momentum has the upper hand, and traders should pile in on the short side?

Bearish momentum, meet positive seasonality. Ryan Detrick at LPL Financial observed that the last four days of October is seasonally bullish, and October 28, which falls on Wednesday, has averaged the highest return for the year. 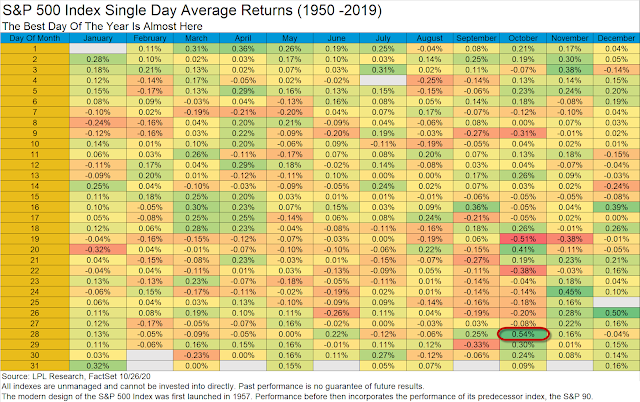 How should we react in light of these contradictions?

I wrote on Sunday (see How the Election held the market hostage) to watch the NASDAQ 100 because of its S&P 500 leadership. While the NDX did test its 50 dma, its relative uptrend remains intact, which is constructive for the bull case. 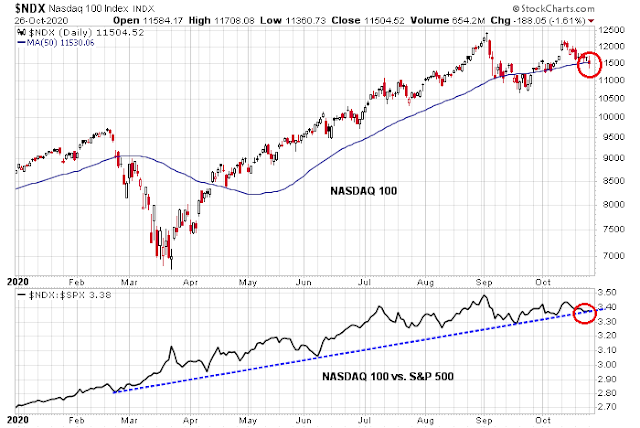 The market is undergoing a jittery phase that is highly dependent on newsflow. While the 90% down volume day is not to totally ignored, we are facing significant event risk ahead, both in the form of the election next week, and earnings reports from several FAAMG stocks this week. My working hypothesis is the current downdraft is temporary and could be subject to a reversal next week, depending on how the market behaves for the rest of this week.

Whatever happens, traders need to recognize that volatility is here, and they should size their positions accordingly.

40 thoughts on “The momentum vs. seasonality dilemma”